Year of the Ox stamps: Artist leaves her mark on collection fusing East and West

The artist behind this year’s Australia Post Lunar New Year stamp collection speaks to SBS Chinese about her designs, which blend elements of her heritage.

In them, she blended elements of symbolism with her own forms of expression, stemming from her Chinese heritage, which she says has had a “very strong influence” on her art. 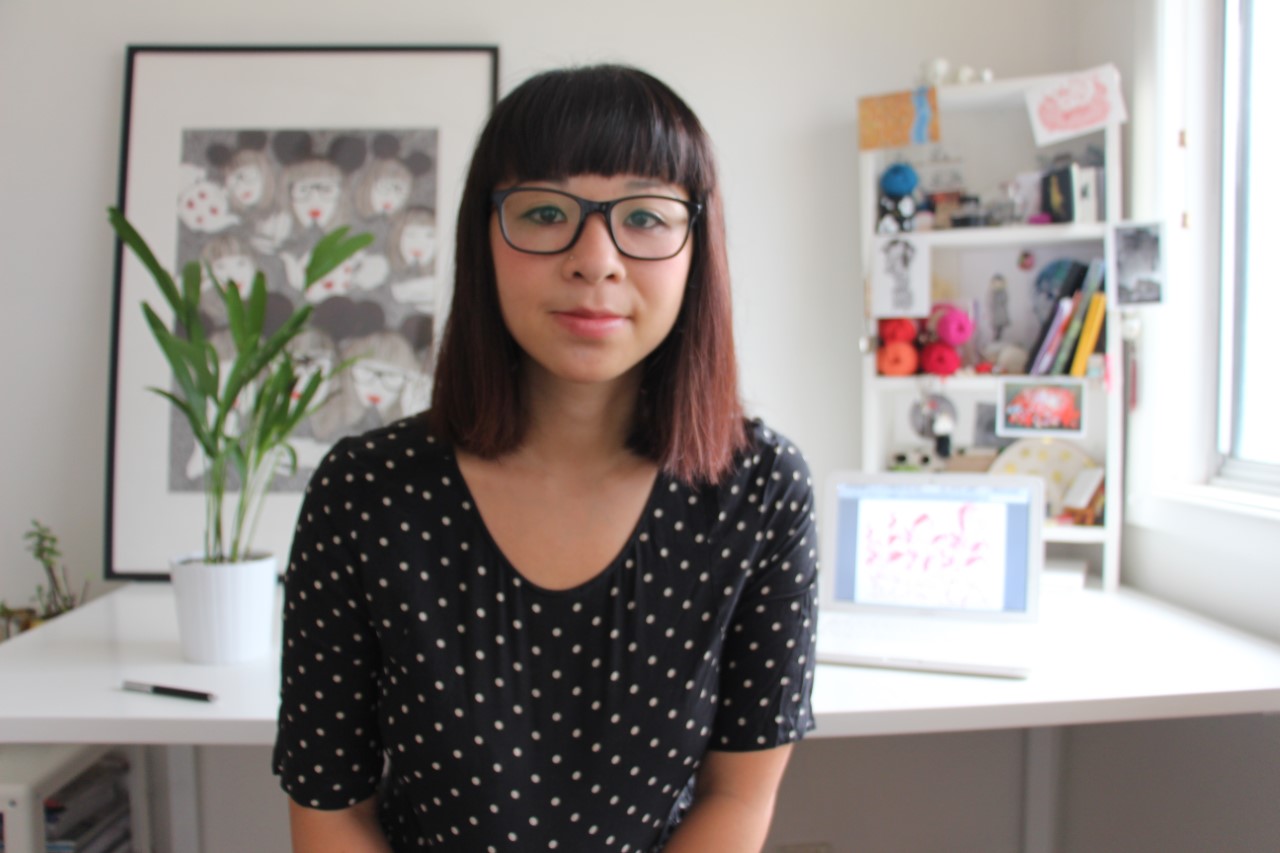 The illustrator behind Australia Post's Year of the Ox stamp collection.
Chrissy Lau

Born in the UK, Lau started off drawing with black ink which is a popular method of illustration in China.

“A lot of people used to say, ‘Oh, it’s quite reminiscent of Chinese style’,” she tells SBS Chinese.

“They used to say, ‘Your drawings look quite oriental or Chinese.”

There’s no doubt she was inspired by Chinese culture while designing the stamps for Lunar New Year. 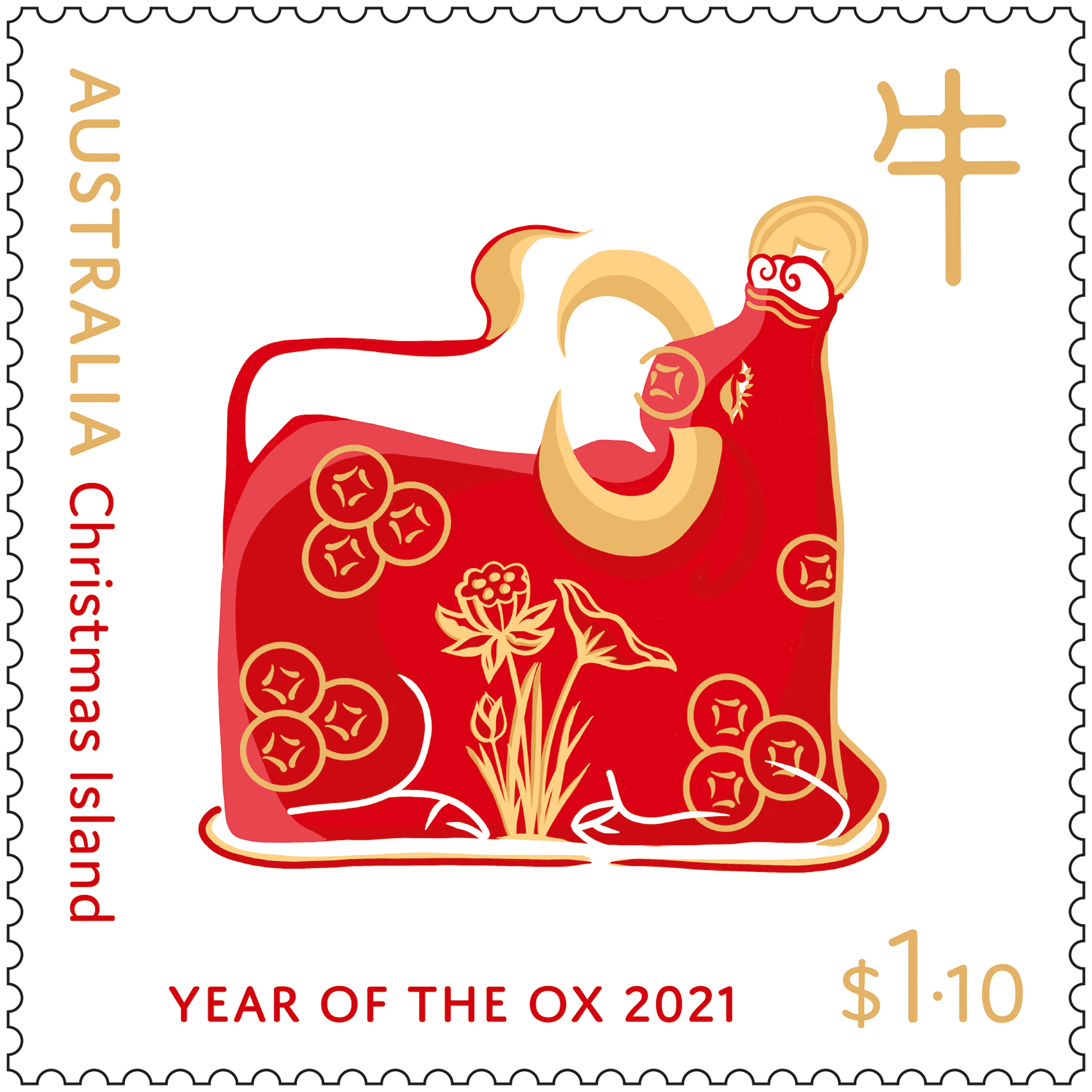 The first Ox, featured on the $1.10 stamp, is holding a Chinese coin in its mouth similar to Feng Shui frog ornaments used in Chinese culture to attract wealth.

The Ox’s body is covered by subtle coin patterns with water lilies in between its legs.

Lau explains, “This Ox is placed in a field because traditionally, the Ox is used as like machinery in the rice paddy fields.”

The second Ox, on the $2.20 stamp, looks like a bullfighting Ox that’s “going to run into you”, she says. 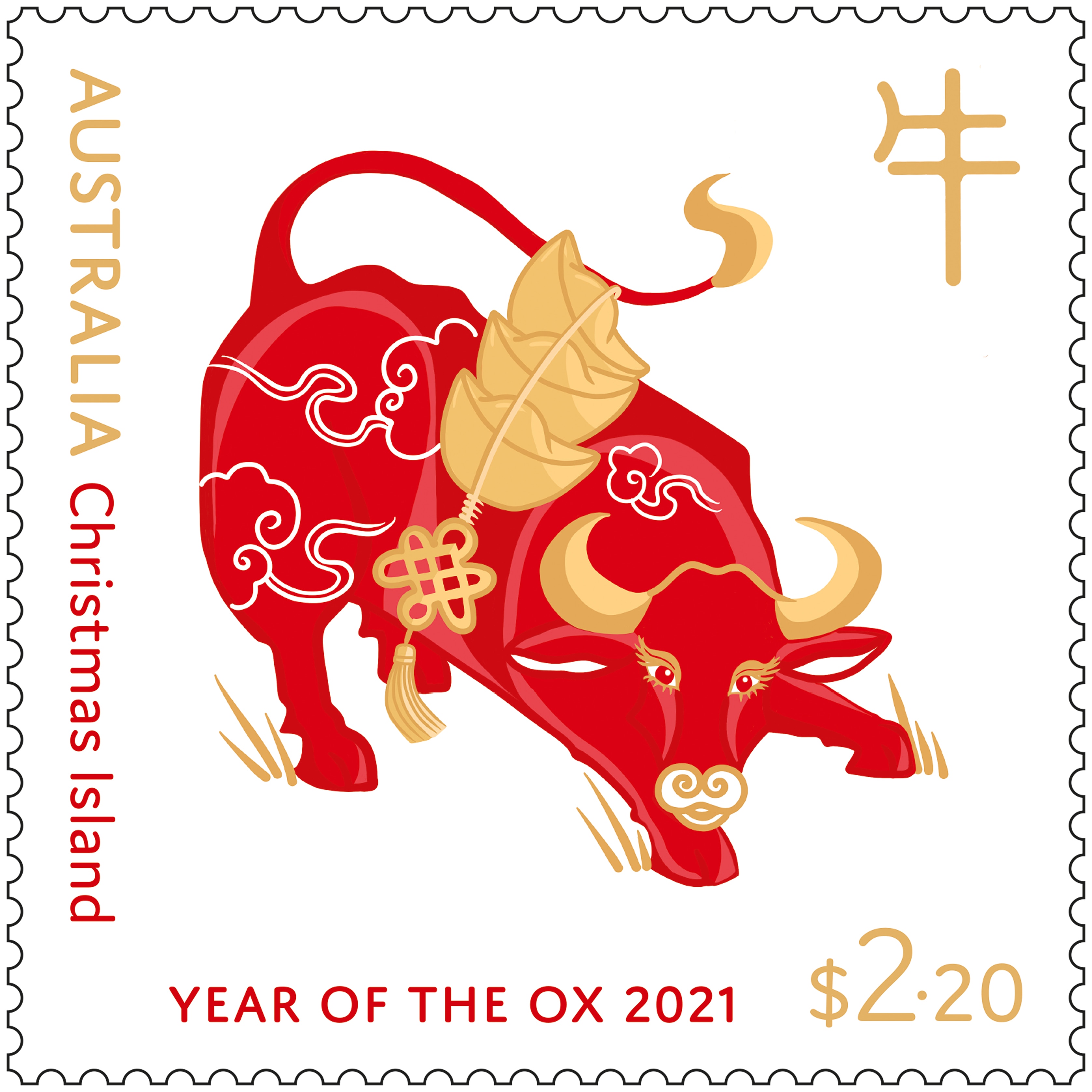 This Ox is protecting three gold ingots on his back and there’s also a longevity knot decoration. The cloud pattern on its body represents good fortune and auspiciousness in Chinese culture.

The third “dancing” Ox, printed on the $3.30 stamp, is wearing a necklace of gold coins and has chrysanthemum patterns across his body, which Lau says symbolises “Australian happiness and longevity”. 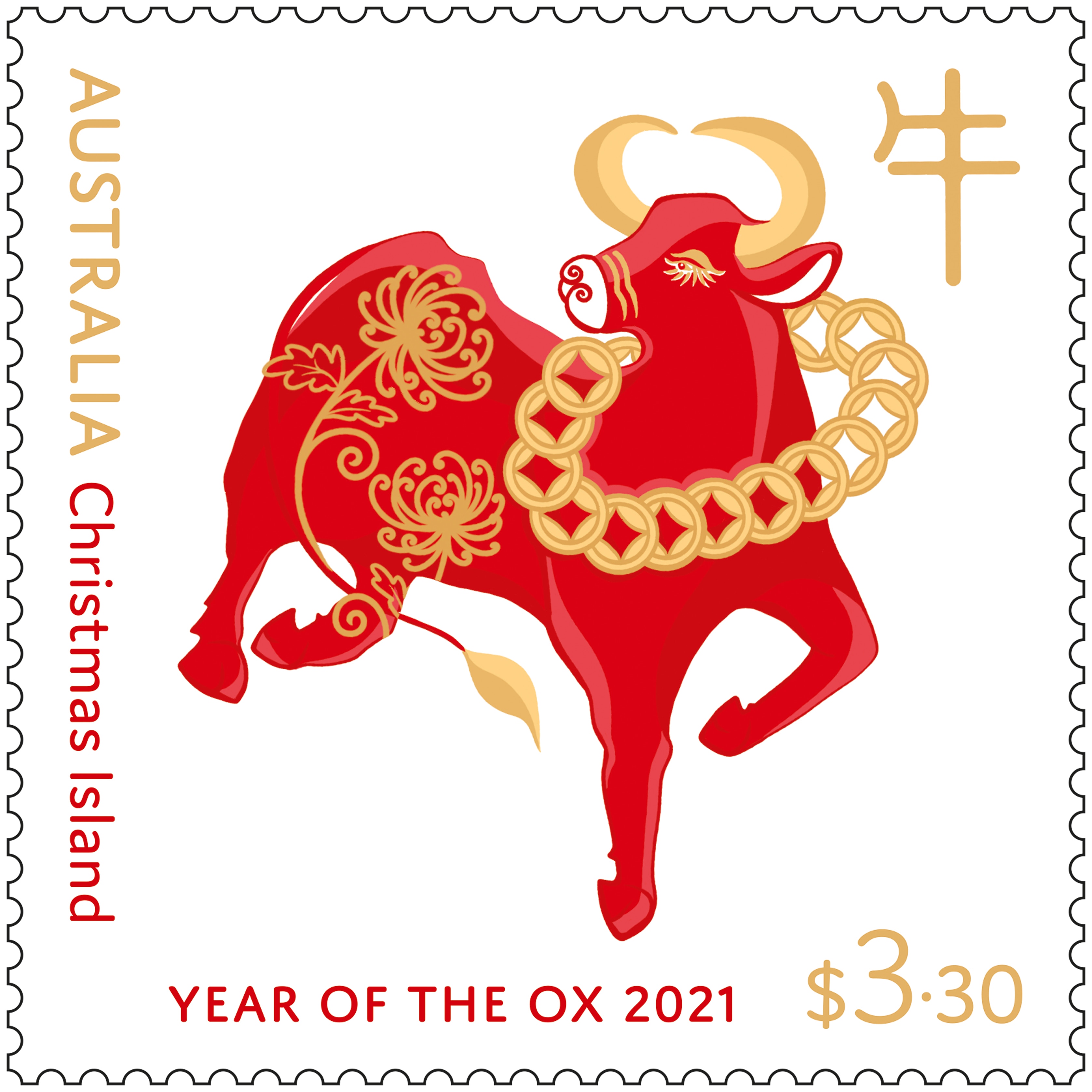 Despite the Chinese undertones in her work, Lau says she created designs that people from all cultural backgrounds can appreciate.

“It allows people to look at them on a simplified level where they're very beautiful.

"But also, if you're interested in Chinese culture, you can enjoy them on a deeper level as well.”

She believes it’s important to have a “good balance of East meets West” in these annual stamp collections.

“I do a lot of research as well, to look at all the meanings behind everything,” she said.

“I think it's really important to balance that and also not to make it look like it's too Westernised. You have to be very careful that it [doesn't look] like a design for takeaway packaging. As in, somebody's interpretation of Chinese or Asian culture.”

Australia Post General Manager Philatelic Michael Zsolt says he hopes this year’s stamp series will connect people, during times where a physical connection is more difficult due to the pandemic.

“Given the present unpredictable nature of gatherings and travel, we hope these beautifully designed stamps will encourage people to continue the great tradition of gift-giving at this time,” he says.

Growing up in the West, Lau believes that the Lunar New Year shares similarities with the new year according the Gregorian calendar which she says is a time for “resolutions and fresh starts”.

She considers her Chinese heritage as a gift and one that she’s happy to pass on.

“A lot of my drawings I showed to my son and he likes them and he's interested. I can use that as a way to speak to him about Chinese culture, and the meanings behind all the patterns.”