SBS Chinese hires a ghostwriter to produce a made-to-order university essay. We then put teachers to the test to see what happens once and if they spot the fraudulent work.

The second half of November usually marks the beginning of the summer break for students enrolled at Australian universities.

But for academics, this period is often when the workload ramps up as it’s when end-of-year assignments are marked and students are notified of their performance.

Even under timeframe pressure, an SBS Chinese investigation has found that teachers are often able to distinguish between assignments genuinely written by a student and pieces written by a person other than the student, an arrangement known as “contract cheating”.

However, despite the relatively high occurrence of cheating according to the academics consulted during this investigation and research which suggests that 1 in 10 students submit ghostwritten work, it’s been found that around 95 per cent get away with it.

Putting academics to the test

In order to understand the scope of the problem, SBS Chinese tracked down a ghostwriter through the Chinese social media platform WeChat and hired them to write a 1500-word essay.

The essay was then included in a batch of four sent to three Australian university tutors.

Despite not alerting the tutors about the source of the essays, they were all able to identify the ghostwritten piece.

It took half an hour for University of Sydney lecturer Dr Margaret Van Heekeren to read the four assignments and spot the ghostwritten piece, which she says left distinct markers. 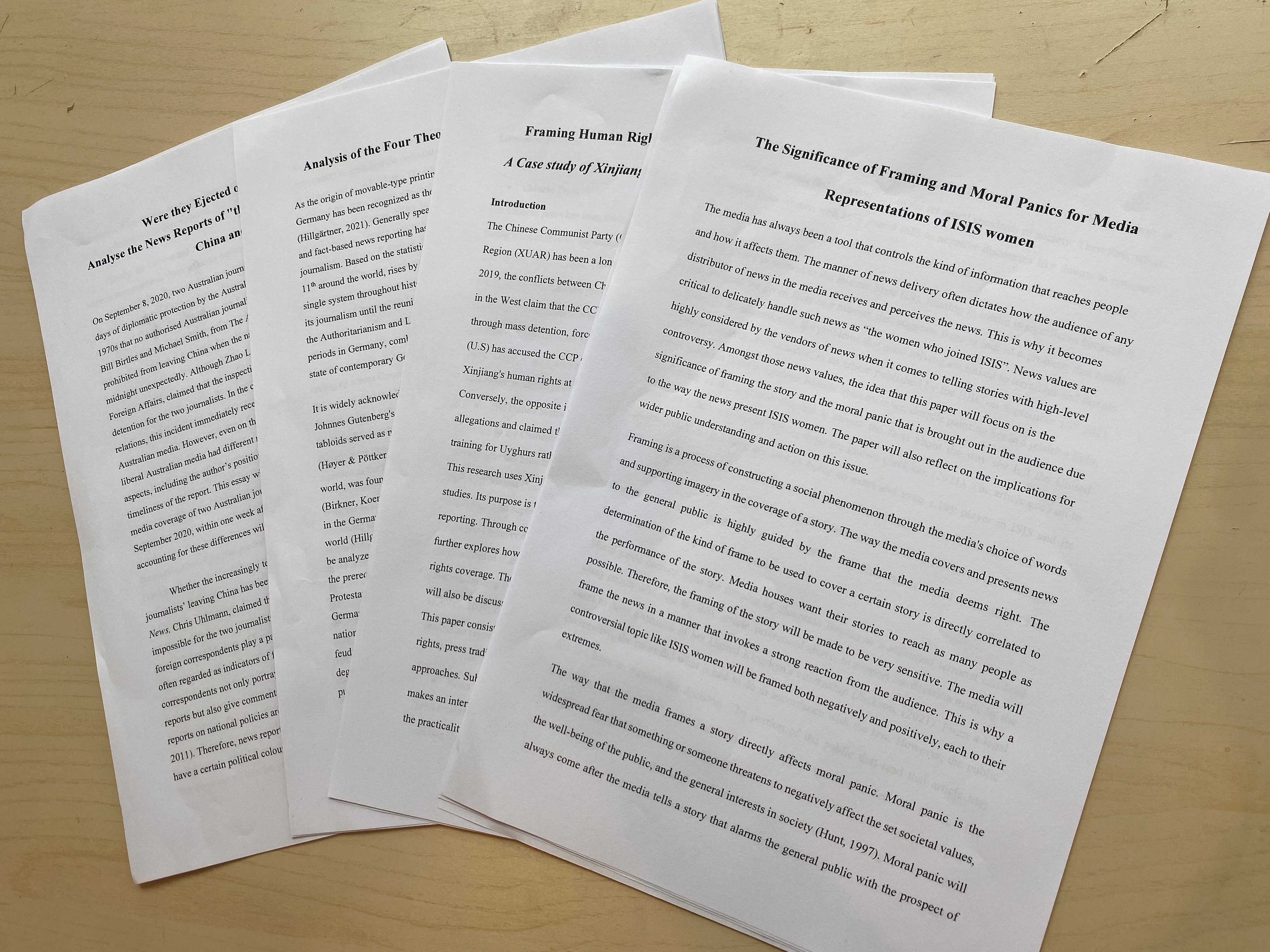 “It wasn’t specific enough, suggesting that the person who wrote it hadn’t been really close to the unit content that would have resulted in that assignment,” she says.

The tutors used a variety of methods when marking, including checking the consistency in writing styles, the depth of the research and each document’s metadata to determine if it was written by the student who turned it in.

University of Melbourne lecturer Dr Sow Keat Tok says there are other trends and hints.

You would expect them to achieve a grade like a credit or average, or in some cases, even a distinction. But it’s very seldom that you see them getting a high distinction or rarely a pass or fail.

University of Sydney's Associate Professor Fiona Martin was able to identify the ghostwritten piece within a couple of minutes by looking at metadata inconsistencies.

She says the piece would have barely been given a pass mark in any of her classes because of its poor grammar and punctuation as well as its lack of references.

“I wouldn’t have paid for the piece myself. I think it wasn’t worth whatever they paid for it,” she adds.

Two of the three tutors say that even when they’ve suspected that assignments have been outsourced, very rarely would they report them to their university’s academic integrity officer due to a number of critical factors out of their control.

Why are the majority of cheaters getting away with it?

An Australian study published in August found when students were incentivised to tell the truth in a survey, one in 10 admitted to engaging in commercial contract cheating during their higher education studies.

SBS Chinese finds there is a large discrepancy between detection and actual rates of contract cheating.

Reported cases usually involve plagiarism or collusion – when students work together in a non-group assignment or providing answers to other students - and a very small number dealt with online or contract cheating.

On average, just over 1,000 students at the institution, or 1.2 per cent, are found to have committed academic misconduct in each of the past five years.

The University of Melbourne has reported similar rates of misconduct, with less than one per cent of students formally investigated for breaching academic integrity since July 2021. 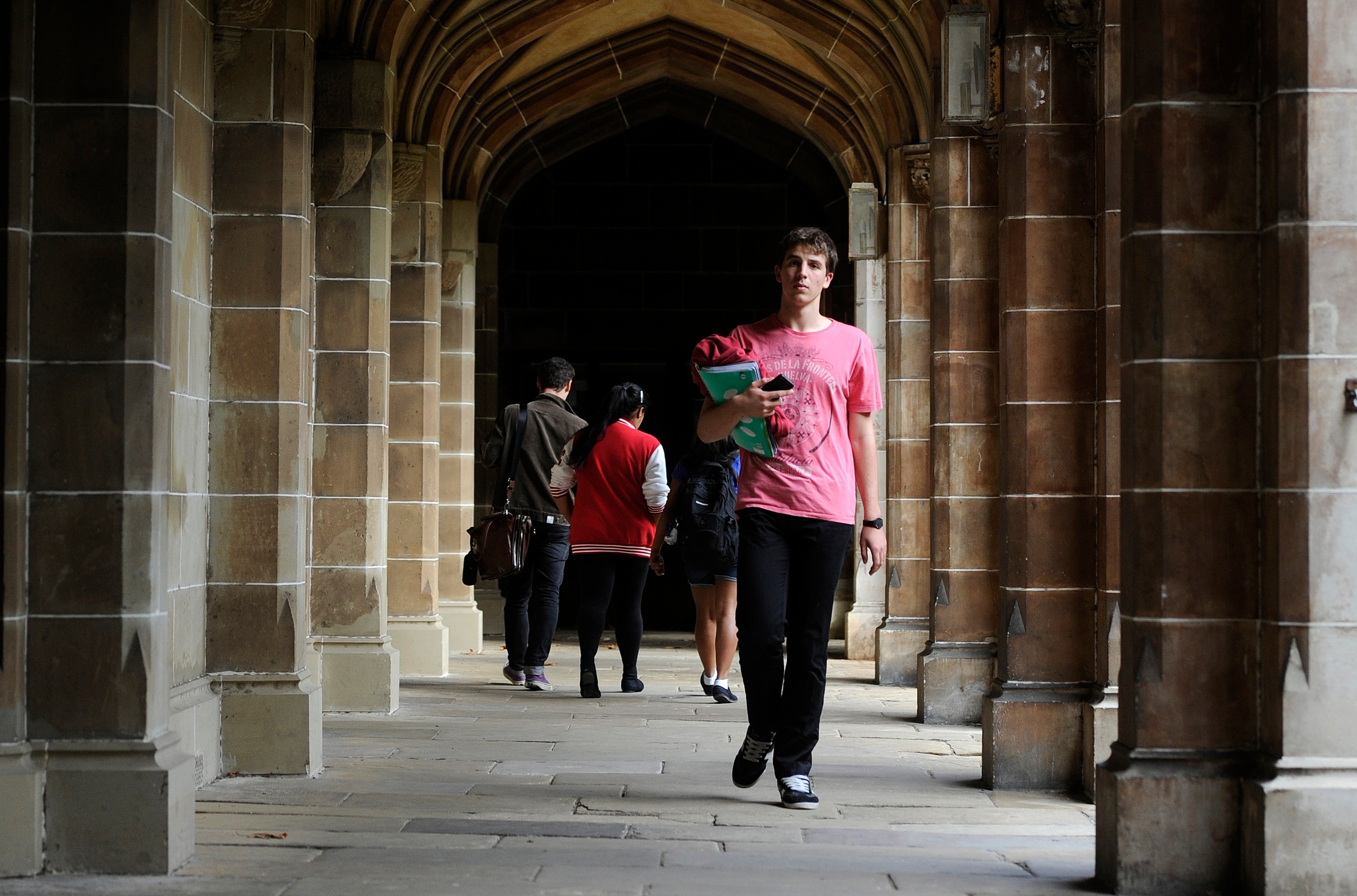 Australia’s anti-cheating laws do not penalise students who cheat – they are subject to their institution’s misconduct policies.

University of Western Australia psychology lecturer Dr Guy Curtis, who has worked on developing a guide for academics on what to look for in ghostwritten work, says, “There’s a lot of things that could be signals of it but it often takes a fair bit of digging”.

Often academics will encounter suspicious assignments, but not report them due to time pressures around marking.

Dr Tok is one of them.

He also says he doesn't have the time to scrutinise every word and that he couldn’t assume that individual students submit ghostwritten work.

“[We need to be] absolutely sure. We tend to assume the best of the students rather than the worst of them,” he says.

“I only report those that I feel like I’ve gotten enough evidence for. Otherwise, it’s not worth the time,” she says.

Dr Martin says, “I think a lot of contract cheating slips past simply because we are not paying people [casual markers] properly to do due diligence in this respect".

Dr Curtis says this trend reflects the tertiary education sector across the country, with COVID-19 partly to blame for the suspected increase in cheating.

“Universities are under-resourced. They didn’t get JobKeeper through the pandemic, so universities in Australia have lost 40,000 staff in the last two years.

“At the same time, they’re expected to be able to have markers spend time looking carefully at assessments.”

Dr Curtis says the main predictor of admitting to contract cheating was not having English as a first language.

According to his research, this cohort is three times more likely to engage in commercial contract cheating than students with English as a first language. Research suggests both students from non-English speaking backgrounds are more likely to engage in contract cheating than other students.
AAP
“International students are more likely to cheat, but the real distinction was whether they had English as a first language or not,” says Dr Curtis, adding that Chinese students feature prominently in this cohort for a number of reasons.

“It’s unfair in a way that they’re more likely to get caught out. Then language differences just make it easier to prove,” she says.

When asked why international students with a Chinese background were likely to cheat over non-Asian students, Dr Martin says she believes culture plays a role.

There is a culture in a lot of Asian continent countries of paying people to get things done. Different types of bribery gifts, smoothing the way. So, I think particularly in China, that is part and parcel of the culture of business.

She also believes contract cheating advertisements are more prominent on social media platforms such as WeChat.

“The Chinese students are being deluged with offers for contract cheating.”

The MyMasters scandal that involved thousands of students in Australia forced university officials and the federal government to crack down on the practice.

Since then, some universities have enforced measures such as making students complete integrity modules before they commence their studies and providing training to staff to help them identify ghostwritten work.

“It’s certainly up to the academics, whether or not they engage with those services, whether they attend the workshops,” says Dr Van Heekeren.

There is no federal law in Australia that forbids the purchase of academic papers, only the promotion of them.

Site operators can face a two-year jail term or fines of up to $110,000 for providing or advertising illegal cheating services under Australia’s anti-cheating laws.

Since the laws were introduced in September 2020, the federal regulator Tertiary Education Quality and Standards Agency (TEQSA) has been successful in Federal Court action to block access to two commercial cheating sites.

“One of the nice things about the law is that there are over 100 sites that have voluntarily geoblocked themselves from Australia,” says Dr Curtis.

However, SBS Chinese was easily able to identify and contact cheating services promoted through WeChat.

TEQSA says it is illegal to provide or promote academic cheating services to higher education students studying at Australian institutions, regardless of the language or whether a VPN is used.

He adds that TEQSA is working on its ability to monitor and crackdown on non-English websites that provide or promote services to students. Dr Curtis says it is easier for students of a non-English background to cheat because Australian teachers more often only searched the web in English.

“One of the things that we can sometimes do is search for keywords out of our assignments and find where students have posted the assignment asking someone to do it for them.”

But Dr Curtis says it’s often too resource-intensive to investigate suspected cases in another language.

Whose responsibility is it to catch cheats?

Dr Curtis believes universities, in general, have a strong ethos of trying to maintain academic standards but the responsibility of catching those who cheat rests on all sides.

“Continuing education is important. There are always new students coming into university.

“So there are always students who have to learn the rules of how to do their scholarship ethically.”

He says academics need to design coursework to avoid or mitigate contract cheating, students need to do their own work ethically and responsibly and systems need to be in place to support and enforce academic integrity rules.

Cheating services themselves have been evolving and changing, their numbers, locations and professionalism so there’s always a need a monitor that.

He adds that the biggest worry regarding contract cheating is that a student leaves the university with a qualification that says they can do something they can’t actually do.

“If you have a nurse who outsources their assignments on how you measure medicine doses, and the person gives you a vaccination, you should rightly be worried.”