Titanic tales: Sail away with these ocean adventures

Previous Next Show Grid
Previous Next Hide Grid
Image 1/
Video
Audio
From a deep dive into the wreck of the Titanic to tales of breathtaking bravery, discover these stories of the sea on SBS, SBS World Movies, SBS VICELAND and SBS On Demand.
By
SBS Guide

Head over the sea - and under the waves - in these epic stories.

Master And Commander: The Far Side Of The World

"This superb recreation of lives lived 200 years ago in quite extraordinary circumstances has some stunning action sequences in the sea battles, which look like classic paintings come alive," Margaret Pomeranz said in her review of this acclaimed story set during the Napoleonic Wars. "... It draws us into this world so seductively, so convincingly that for a couple of hours we are living history." Russell Crowe stars as Captain Jack Aubrey, whose ship is attacked and badly damaged by a French frigate. After the attack, Aubrey pushes his ship and crew to the limits on a mission to intercept the French boat, a decision that takes them on a dangerous journey around Cape Horn. Directed by Peter Weir and based on the bestselling seafaring stories of Patrick O'Brien, this is a breathtaking adventure that also stars Paul Bettany as the ship's surgeon. 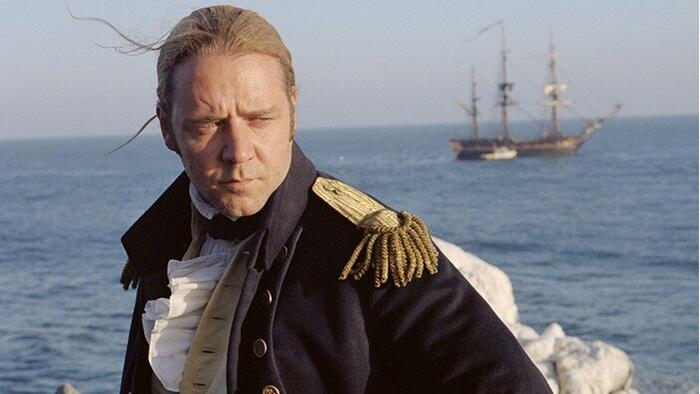 Titanic: Into The Heart Of The Wreck

With an all-new approach, Titanic: Into the Heart of the Wreck tells the extraordinary underwater odyssey of the greatest Titanic expeditions. From the epic discovery of the wreck by the Woods Hole Oceanographic Institution and the Ifremer institute, to the state-of-the-art technologies deployed to venture inside the ship with robots, to the archaeological treasure hunts that rescued 5800 artefacts, experience the unequalled thrill of extreme dives to Titanic. And discover new challenges facing the world-leading underwater explorers: The wreck is being engulfed by colonies of bacteria that consume hundreds of kilograms of iron a day, posing a serious risk to the site. Some experts predict that it will disappear in less than 20 years. 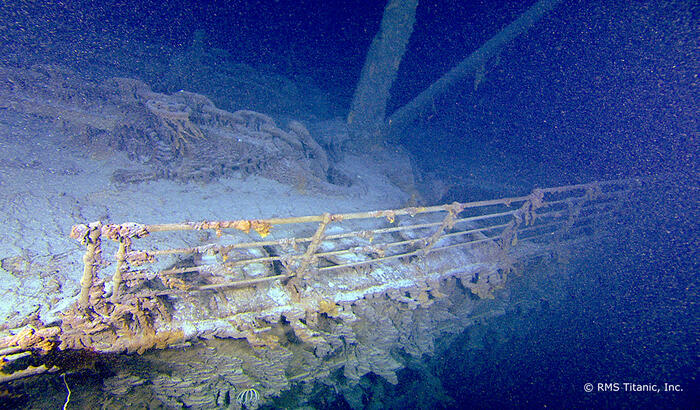 This new series, exploring the extraordinary feats of modern-day engineering and introducing the pioneers whose techniques changed the world, starts with a ship of record-breaking proportions, and looks at how pioneering designs made the seemingly impossible, possible. At 65,000 tonnes, the HMS Queen Elizabeth aircraft carrier is around 280 metres long and can carry up to 40 aircraft, a feat of engineering unparalled in the history of the British Navy. Following episodes trace the creation of record-breaking buildings and history-making planes and trains. The 1981 film of the same name was a huge hit, a tense drama about a German U-boat crew on a mission in World War II. But you don't need to have watched the movie to dive into this gripping drama, which follows on from the film action. The first season of the series is set in the autumn of 1942; there's a new submarine and crew, with a new captain (Rick Okon), heading towards their first-ever mission in an increasingly brutal war. And this time, the action isn't all under the water. Back on land, we meet Simone Strasser (Vicky Krieps) the sister of the submarine's radio operator Frank (Leonard Scheicher), whose life becomes increasingly dangerous.

It's time to go deeper with Das Boot
The 8-part TV series uses the 1981 German movie as a jumping off point for this new story about the submarine's conflict with a resistance movement.

Das Boot seasons 1 and 2 are now streaming at SBS On Demand.

It is one of the biggest challenges a sailer could take on: a race round the world, solo, non-stop and without assistance. Eight editions of what is called the Everest of the Sea have been held since 13 brave sailers took part in the first Vendée Globe race in 1989. At sea for months, the sailors travel 52,000 kilometres or more as they travel from France anound around the world, battling wind, waves, rain and ice. And despite all the challenges of a glocal pandemic, the ninth edition was again an extraordinary adventure. Follow the 33 starters (the largest field in the history of the race) in this documentary series as they set off from Les Sables D'Olonne and make their way around the world.

Catch the highlights of each week of racing in this 13-part series, steaming now at SBS On Demand. Start with this special race preview:

Or go straight to the action of the start in week one:

Matthew Evans heads off on the adventure of a lifetime with his buddies Nick Haddow and Ross O’Meara, to circumnavigate their island home in a wooden yacht. Alongside a hearty serve of history, there's plenty of local produce and cooking (find all the recipes from the series plus exclusive online extra recipes here).

The full series of Gourmet Farmer Afloat is streaming at SBS On Demand.

More from the sea
The Beach
Filmmaker Warwick Thornton’s international success has come at a personal cost. Something has to change. This powerful documentary series follows Thornton as he tries to live on an isolated beach in one of the most beautiful yet brutal environments in the world.
It's time to catch ‘The Last Wave’, an eco-thriller with super-powered surfers
A mysterious cloud gives a group of French surfers strange new abilities in a thriller where it’s humanity versus nature – and nature is winning. (Now streaming at SBS On Demand).
Advertisement
Advertisement