While heartened by 2021 Census data revealing that Arabic remains the second-most spoken language other than English in Australia, experts have encouraged the learning of reading and writing skills in language as well. 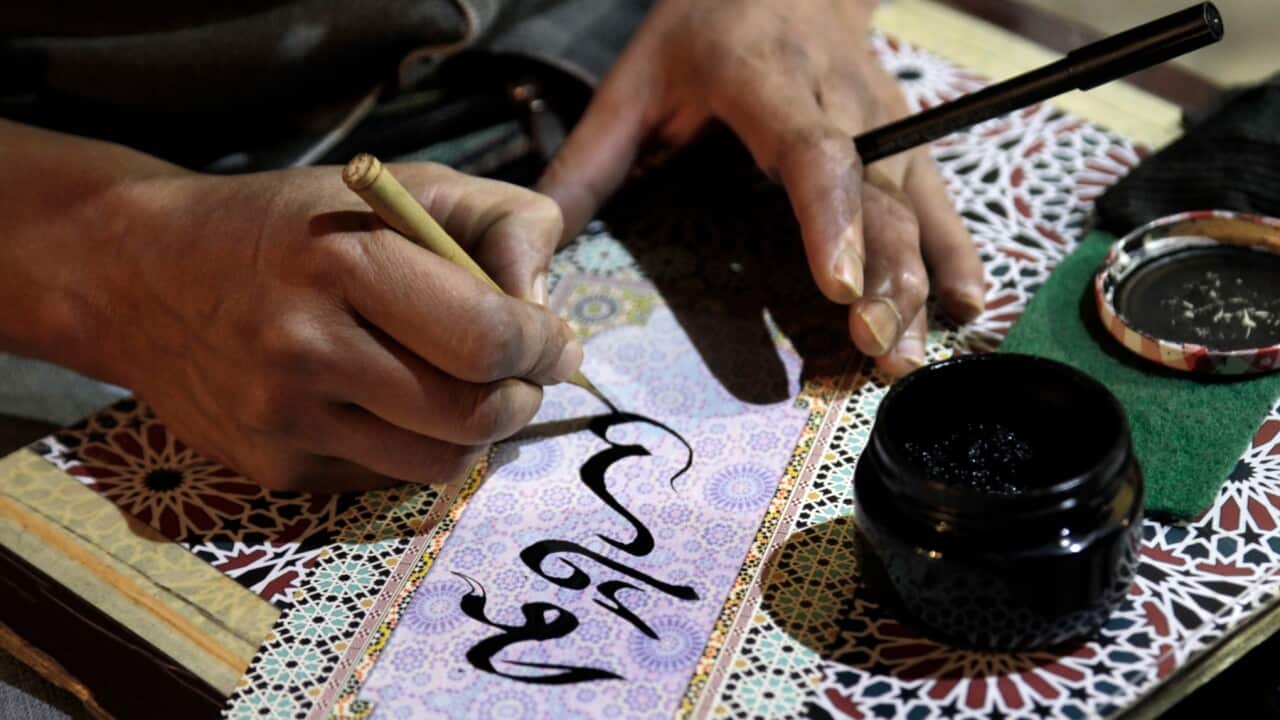 Call for Arab-Australian youth to learn how to read and write in Arabic as well as the spoken word. Source: Getty Images/Isabel Pavia

The Census provides a snapshot of the cultures and languages that make up Australia by providing data on cultural diversity, country of birth, ancestry and languages used at home.

Reading and writing Arabic should be given as much importance as speaking the language, says expert. Source: Pixabay

Advertisement
Former Chair of Arabic and Islamic Studies at the University of Sydney, Ahmad Shboul, spoke to SBS Arabic24 about the Census results, stressing the importance of learning Arabic by young Arab-Australians.

“Learning at least two languages ​​is beneficial for them from a psychological and cultural point of view,” he said.

Professor Shboul called on those interested in Arabic to push state governments to focus more on the Arabic language “…because large numbers of the Arab community use it, and this would encourage them to continue using it alongside English.”

He stressed the need to support the use of Arabic at home while encouraging academic learning of the language, enhancing both writing and reading skills.

Learning the rules of language helps Arab community members to connect with their cultural roots and enhances their psychological wellbeing.

"The ideal situation for Australian-born Arab youth is to be bilingual," Professor Shboul said.

Professor Shboul emphasised the benefits for the Australian government in promoting the Arabic language.

"This would strengthen Australia's relations with the Arab world and support trade exchange", he said.

The 2021 Census also confirmed Australia’s status as one of the world’s most multicultural nations, finding that almost half of Australians had a parent born overseas (48.2 per cent) while more than a quarter (27.6 per cent) reported a birthplace overseas.

In addition, and despite border closures due to the pandemic, Australia had still welcomed more than one million people (1,020,007) into Australia since 2017.

The largest increase in country of birth, outside Australia, was India with 220,000 (217,963) additional people counted. India has moved past China and New Zealand to become the third largest country of birth behind Australia and England.

Dr Paul Tabar, retired professor of sociology and anthropology at the Lebanese American University in Beirut and lecturer at the Institute of Culture and Society at Western Sydney University, said that while this multiculturalism was a special feature of Australia, it was not without its challenges.

The big challenge facing Australia was to move forward with a combination of diversity and service, he said.

Dr Tabar said the main growth period for modern multiculturalism in Australia dated back to 1972 and the then ALP government, led by Gough Whitlam.

The first to break the concept of 'White Australia' was Edward Gough Whitlam, the 21st prime minister of Australia in 1972, to open the way for a multicultural Australia.

Government policies had to serve and enhance this diversity while at the same time enhancing a national sense of unified belonging, Dr Tabar said:

"The government should define the concept of multiculturalism and consecrate it through non-cultural, religious or ethnic discrimination in its policies and services in order to attract the immigrant to be loyal to it," he said.

Australia is one of the world's most multicultural countries. Source: FECCA

Dr Tabar also emphasised on the role of the individual in openness and readiness to let go of any customs that contradicted the core human values ​​enshrined in the
Universal Declaration of Human Rights
.

"Diversity does not mean superiority. We have to abandon some traditions to come out to what is common to us and others in the broader human aspect, and this is the challenge," he said.

Loss of religion a significant change in latest Census

In an interview with SBS Arabic24, Professor Fethi Mansouri, the Director of the Alfred Deakin Institute for Citizenship and Globalisation, analysed Census findings and highlighted the importance of this data to inform governments' policies for the next five years.

“(The) Census is a very important process in terms of good governance used by governments to determine policies needed to improve the quality of life for the population,” Professor Mansouri said.

“And through this Census, the government can gauge any changes in terms of demographic composition of the country, in addition to changes in family patterns, or people’s movements internally and externally.”

He said all of the changes informed the provision of necessary services to ensure the continuation of institutional work and social cohesion in society and the improvement of governmental services in its three levels.

Professor Mansouri singled out the statistics related to religion as one of the most important findings of the most recent Census.

“Historically, in the first Census in Australia in 1911, 96 per cent of the Australian population followed Christianity, whereas it is now less than 44 per cent,” he said.

The phenomenon of decline in religious affiliation was not limited to Australia, but rather was a global shift, Professor Mansouri said.

“There is an interesting increase of ‘non-religious’ people in almost all societies, but in Australia in particular, because the increase is 18 per cent from the 2016 Census," Professor Mansouri said.

“We can conclude from this increase in the ‘non-religious’ that there may be implications for other social issues.

Christianity remains the most common religion in Australia according to the 2021 Census. Source: SBS News

“But it could be seen in the same light as the increase of single parent families, and the changes in sexual relations and same sex marriages etc.

“There is a lot of information, (that) if taken together, can give us a better understanding of the trends in the Australian society in the coming years, and which help the governments, at the federal, state and local levels, to think seriously (about) how to create social support programs to cater for this religious, cultural and racial diversity which characterises Australia today.”

In addition, he said the Census confirmed Australia as a “nation of migration, where almost 50 per cent of the population has at least one parent born outside Australia”.

“All the Census data is very important not only as mere statistics but also as very important information in order to create policies that enable Australia to face future challenges, particularly post the COVID pandemic and the need to revive the economy," Professor Mansouri said.