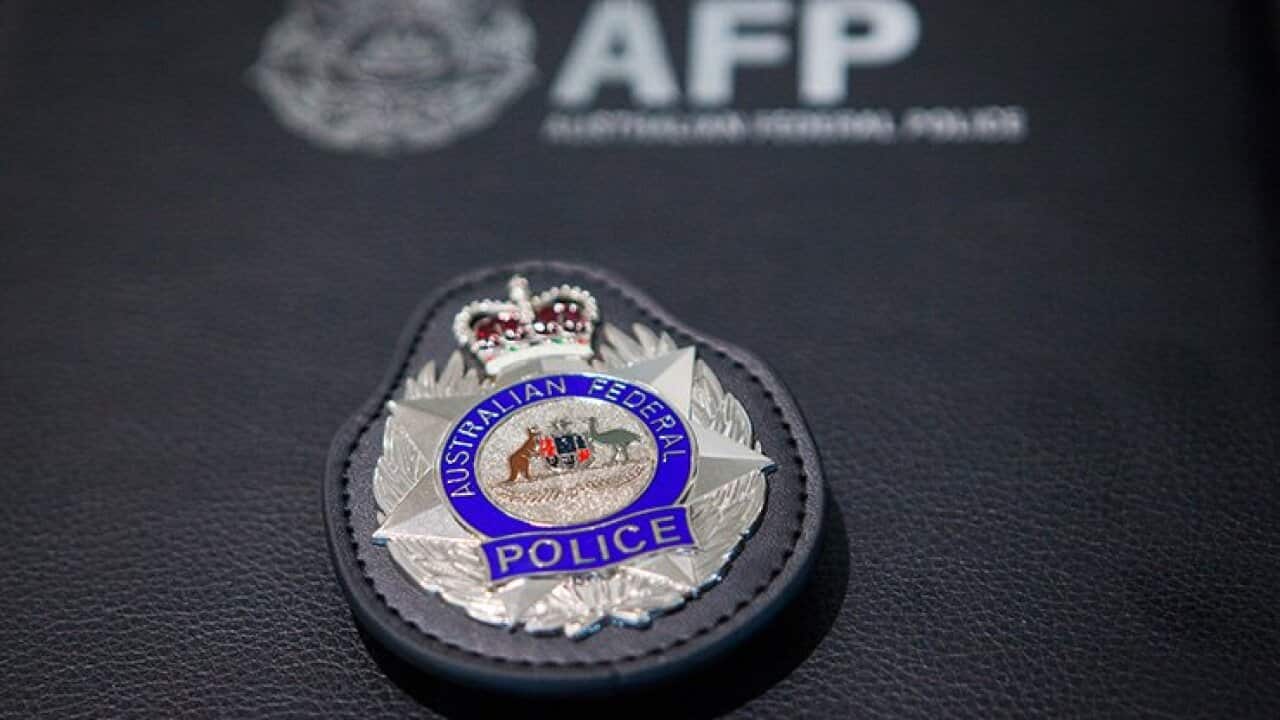 To join the Australian Federal Police, you don’t need to carry yourself like the fictional British Secret Service agent James Bond, abandon your family, or even throw your academic qualifications down the drain, says AFP officer Nuckhley Succar.

Published 24 August 2020 at 3:56pm
By Jameel Karaki
Source: SBS
Joining the Australian Federal Police is seen as an unlikely career path for some communities due to misconceptions and a lack of understanding around what the different jobs at the agency entail.

Nevertheless, working in such institutions carries opportunities and advantages, especially for those who have dreamt of joining since they were children - Detective Sergeant Nuckhley Succar is one such person.

He tells SBS Arabic24 that he recalls a moment during his childhood when he drew sketches of himself as a police officer.

Advertisement
“I remember when I was in Year-6, I still have my little drawing book and my schoolbook,” he said.

“And in there I used to draw pictures of police and being a police officer as I get older.”

Serving at the AFP is not only a dream come true for this Australian with Lebanese roots, but also “an honour and a pleasure”.

He considers it as a “sign of gratitude" to Australia and what it offered his father, who arrived in Australia in the 1940s, and his mother, who came to the country during the 1960s.

“Australia has given them a lot and as a son of this family, this is the least that I can do by serving in the federal police.

“It is my way of saying thank you to Australia."

Det Sgt Succar said debunking misconceptions about working for the security services is vital for people to understand what the job actually entails.

Apart from offering assurance that you don’t have to carry yourself like James Bond to work at the AFP, he said the skills learnt in other fields do in fact translate over.

"I hold a degree in computer science, and I implemented what I learnt in my studies in my workplace, especially in fighting cyber-crimes.

“A lot of members have unique skill sets from their previous education that they bring to the role. We have accountants, business-related people who have studied MBA and lawyers.”

He said the AFP supported him in studying a law degree.

Being an Arab in the AFP

Det Sgt Succar praised his personal experience as an Arab at the AFP, saying it gives him a “great sense of pride”.

“Every time I've seen an Arab person join the Australian Federal Police and we've had conversations, it gives me a sense of pride that they've chosen this profession.

“From what I've seen, I haven't seen those people look back. They thrive, they give their energy, they bring their love of life and their culture to the job. And only what it does is it provides greater connections with not just the Australian community, but people from other walks of life and other cultures within the job.”

It’s a career option that he encourages other Arab Australians to consider.

“I encourage everyone who has an interest in law enforcement, especially the Australian Federal Police, to come forward and have a go.”

When asked about his ability to leave his work files at the doorstep once he gets back home, Det Sgt Succar said: “This job is challenging because of the huge responsibility, you have the community to worry about all the time. And sometimes it can be difficult for police officers to switch off when they go home.”

“it’s important to find a channel to switch off. For me, it is my family. I place their priorities above my own and I make sure that I am actively involved in their life to give me something to invest my time with them into and to take me away from the job. And that's something that comes with time,” he added.

In the same vein, he asserted that the AFP offers him a great place for work-life balance.