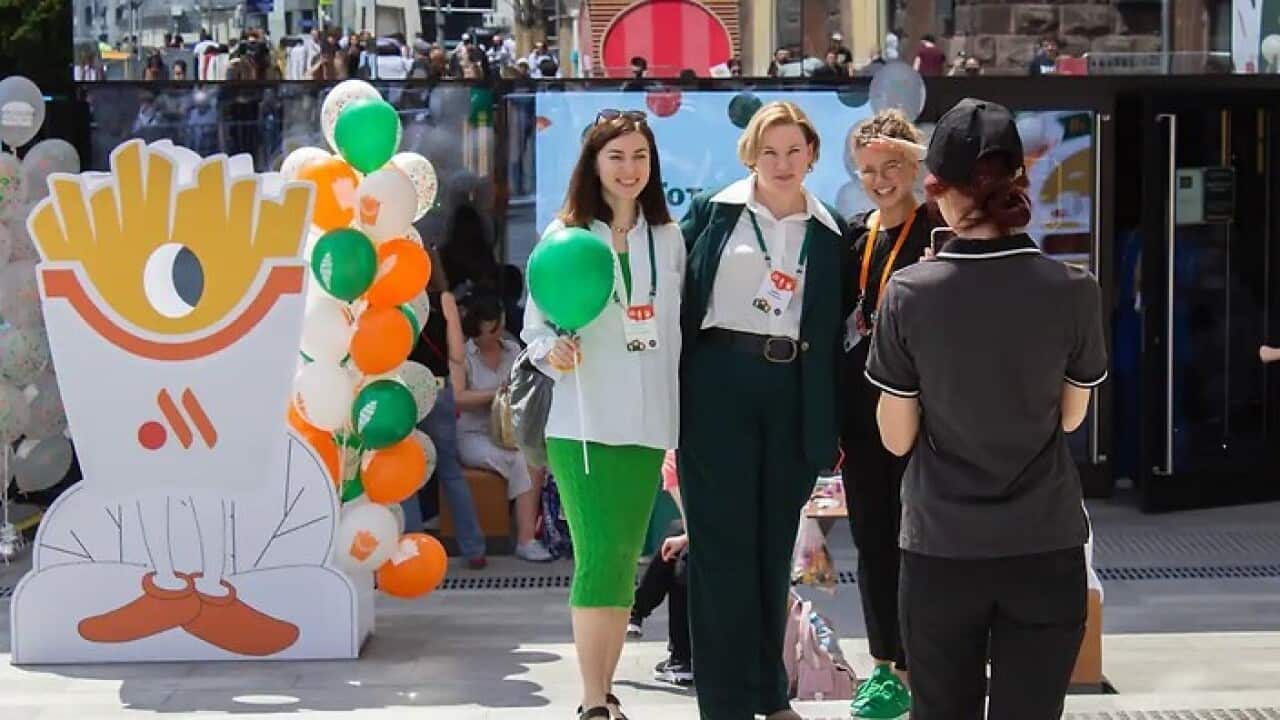 Ukraine's President says Russia's shelling in Sievierodonetsk is severe as he waits to hear from the European Union on whether his nation will be accepted into the bloc.This comes as global food prices rise and new Russian versions of McDonald's restaurants open in Moscow.

Published 14 June 2022 at 6:42pm
By Essam Al-Ghalib
Presented by Ninos Emmanuel
Source: SBS
Ukrainian President Volodymyr Zelenskyy is describing the situation in Sieverodonetsk as "severe," with fighting taking place in "every metre" of the embattled city.

Russian forces have taken most of the city but Ukrainian troops remain in control of an industrial area and the Azot chemical plant where hundreds of civilians are still sheltering.

Local officials say Russian forces blew up a bridge linking Sievierodonetsk with Lysychansk across the river, cutting off a possible evacuation route for civilians.

People could be seen leaving buildings, clutching clusters of bags and getting into police vehicles to escape the intense Russian shelling.

One woman said she was leaving because the shelling killed a girl in front of her building.