A deteriorating Australia-China relationship is believed to have been just one factor behind a dramatic shift in the Australian Chinese community voting preferences at the May 21 poll. 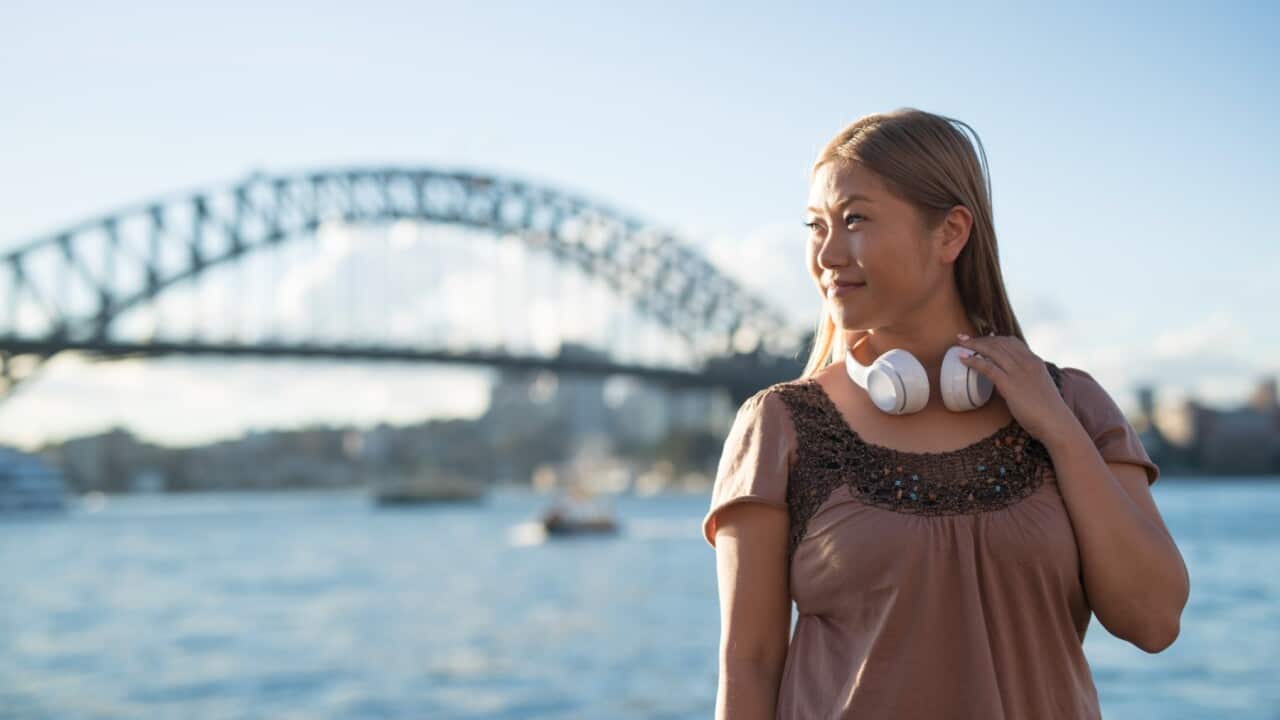 The Chinese community in Australia has different expectations of the Australia and China relationship. Source: Getty Images/Jenner Images

Dr Mei-fen Kuo, a lecturer in Contemporary Chinese Culture and History from Macquarie University, said whether the assumption that the Australian Chinese voting pattern was influenced by the deterioration of international relations was correct or not, “the Chinese community has been noticed for their key role (in the election)”.

“(The Chinese community) did play a significant role in this voting, which changed results in safe seats,” she said.

For example, Labor's Jerome Laxale won in the division of Bennelong seat, which was previously considered as a safe Liberal seat.

Advertisement
In the 2016 Census, 21 per cent of the population in Bennelong was Chinese, the highest non-Australian group in the area, according to the Australia Bureau of Statistics.

A recent Anti-racism
Survey Report 2022
showed that Chinese Australians had experienced an uptick in racial attacks since 2019.

So, was voting for the ALP a “protest vote” by the Chinese community in response to the previous Liberal government’s tough stance on China?

“The ruling party would be arrogant if they were in the place for a too long time,” voter Mr Wong said and referencing the Liberals’ reluctance to establish a federal anti-corruption commission, “…they don’t want to be supervised …thus I think this should be changed.”

The dissatisfaction with the Coalition party and Scott Morrison represented by Mr Huang meant votes flowed for the ALP.

“If his (Scott Morrison) job is for vacation, what is the point for voting him (the Liberals),” voter Mr Cheung said.

Dr Mei-fen Kuo explained that voters from the Chinese community were looking forward to changing the government and Australia via the democratic system just like other voters. The policies related to the standard of living were the main concern, she said.

“We need to regard the Australian Chinese as Australians who want to change the future of this country,” she said.

Meanwhile, some members of the community also said they now expected a change to the Australia-China relationship. They said they believed that the Liberals had “disappointed” them.

Simon* told SBS Cantonese radio that he considered that the Coalition had the most unfriendly attitude towards China in recent years, and added “…a lot of Chinese experienced discrimination because of this, (and) I was worried the situation would worsen which might influence the next generation.”

A gentler and less tense relationship between Australia and China is the future view that some community members would like to see.

Mr Ip told SBS Cantonese he voted for Labor because he considered them to be more neutral on international affairs. Although he said he and his friends didn’t find many differences between the Liberal and Labor.

“As an Australian Chinese, I think we all hope the Australia-Chinese relationship can be improved,” Sam Wong, independent commentator and SBS Cantonese correspondent in Canberra said.

Mr Wong said he thought the policy on China from the two main parties was similar but with different “wrapping.” He referred to the milder language used by the newly elected Minister for Foreign Affairs, Penny Wong.

“Although we (Australia and China) have different political ideas, Labor has advantages on diplomatic communication,” he said.

The Australia-China relationship didn’t cause the big swing

When discussing how much of a role the Australia-China relationship had in determining the way the Chinese community cast their ballots, Dr Mei-fen Kuo said she was reluctant to say this was the decisive factor.

“In electorates, the party factor comes second,” said Dr Kuo. Based on her observation, she said voters were concerned more about candidates than the parties behind them.

Taking Bennelong as an example, Dr Kuo suggested that the local Chinese community didn’t choose the Liberals because John Alexander was a “parachute” candidate.

“And it’s debatable whether Australian Chinese think Labor would soften the policy on China,” she said.

Sydney voter Warren Wang confirmed this viewpoint, saying “(I) think Labor will improve the Australia-China relationship, but it won’t be by much.”

He said he didn’t feel that the relationship between Australia and China was crucial for the Chinese community to swing to Labor.

Sydney voter Zyon Langford said he’d rather say the economy swung the ballots than the bilateral relationship with China.

Sam Wong said he believed that Western Australia had a deeper trade relationship with China than other States, particularly due to mining.

“Therefore, many Western Australian voters do not agree with the tough anti-China policies of the Coalition in terms of trade and other issues,” Mr Wong said.

The complexity of the Chinese community

The Australian Chinese community was extremely complex and filled with vastly different understandings of democracy, she said

“The history of Chinese migrants in Australia is over a hundred years and started with early Cantonese migrants,” says Dr Kuo.

For example, in 1950-60, migrants were mainly from the south-east and Hong Kong students, while in the 70s, refugees came from Indochina, she said.

A business migration wave from Hong Kong and Taiwan happened in the 80s, and the new migrants were the Chinese who arrived during the 90s to the 21st Century after the rise of China, according to Dr Kuo’s study.

Dr Kuo pointed out that the new Chinese migrants in the last decade who “have parents with communist backgrounds” were very different.

Warren Wang, who migrated to Australia in 2012 as an international student from mainland China, said he agreed with this idea to “a certain degree”.

“People with a similar background as I do might be pro-China very much,” said Mr Wang, “…sometimes I feel it was a bit extreme.”

But Mr Wang said he chose not to discuss China with people who appeared to have opposing ideas with his personal philosophy being: “You love yours; I love mine.”

Zyon Langford, who shares the same observation, said he did not want to blame the new migrant community for the shift to the ALP “…because the public discussion was not encouraged in mainland China.”

“The most important thing is don’t label each other,” said Dr Kuo.

She explained that assuming people’s political ideas based on their regions of origin would only hinder the improvement and the possibility of understanding each other.

She said she believed that “…the space of public discussion was tightened under the election context”, and that “…the future combination of Chinese community would be more complex”.

And for a mature civil society, she said she thought after the election might be the better time to find out the better communication channel in Australia's multicultural society.

For Mr Langford, the unprecedented political engagement of the Chinese community in this election had given him confidence, he said.

“If a community start to feel reluctant on the election, that means this community is being mature,” he said.