Fifty-one units have been declared unsafe in a high rise in Sydney Olympic Park after an internal wall failed. 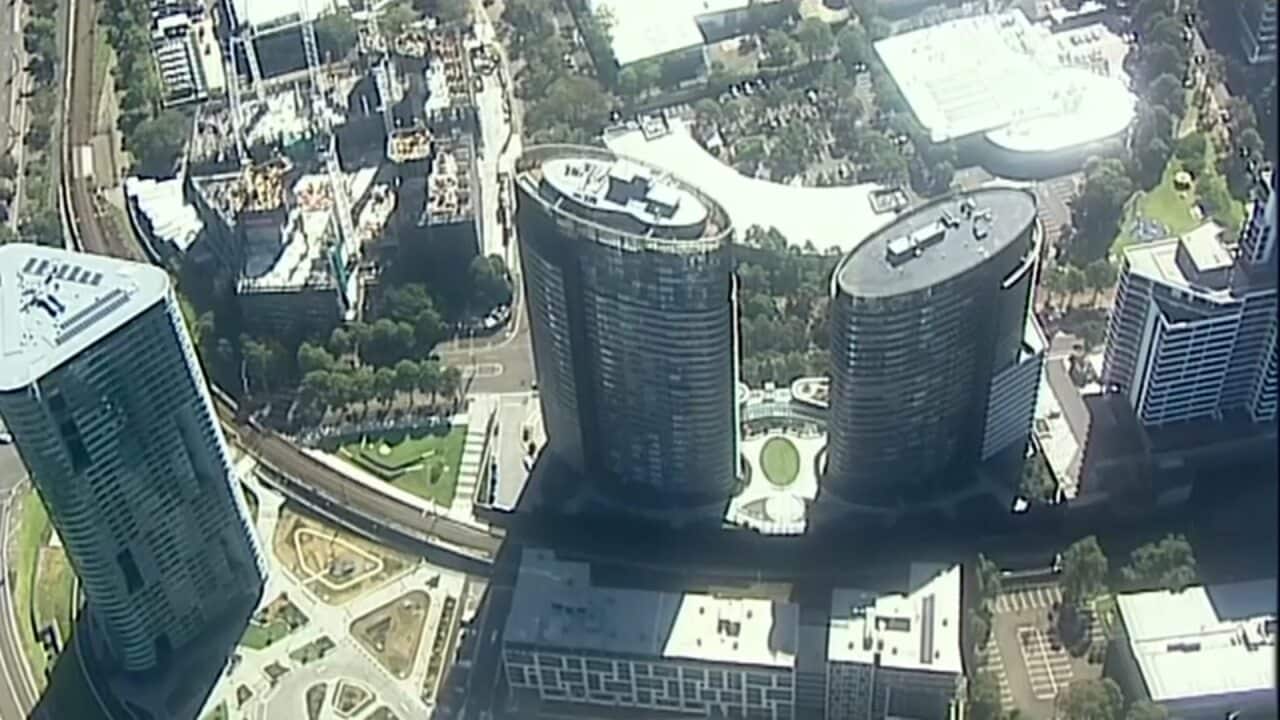 Safety fears at the newly-build Opal Tower at Sydney Olympic Park have prompted a builders’ group to air their concerns that regulation and compliance are not strong enough in Australia's building industry.

The Builders Collective of Australia told SBS News it was worried regulation and compliance are not strong enough in the nation's building industry, after concerns were raised over the high-rise apartments, when residents say they saw and heard cracking in the 38-storey complex.

Residents of 51 units in the Sydney Olympic Park building remain barred from returning to their homes while engineering assessments are carried out.

Advertisement
Authorities originally feared the 38-storey building was at risk of collapse.

The Builders Collective of Australia's national president Phillip Dwyer said the exact nature of the problem was still being worked out.

"We haven't got anything specific at this stage. There's a lot of scuttlebutt at the moment and we are just not quite sure of what the exact problem is but most definitely there are footing issues and so on," he said.

"The actual regulation and compliance of the industry is nowhere near strong enough and that is the core issue of why we exist and why we are concerned. It is too early to say what the issues are with the Sydney high-rise but most certainly we are not terribly surprised that something like this could happen."

Mr Dwyer said a 'she'll be right' culture of regulation in the building industry was a major concern.

“There are buildings that have been compromised and there are any amount of builders and maybe even sub-trades and so on that really don't have the expertise to be doing what they are doing within our industry,” he said.

“The relevant authorities have ensured that all residents are safe. I understand that a number of residents have returned to the building and that is the biggest concern for the government and we'll work through those issues,” he said.

“The planning department has stated that they will conduct an investigation into the issues around that building.”

"I have ordered my department to comprehensively investigate and report to me all steps taken to ensure this building's structural integrity," Mr Roberts said.
The Opal Tower is seen at Olympic Park in Sydney, on 14 January, 2018. Source: AAP

However, Australian developer Ecove, which spent $165 million on the tower according to the ABC, defended the high rise's builder Icon.

"We’re waiting on further information from the engineers, but we understand the issue is with a concrete panel. Importantly, the authorities have deemed it safe for people to re-enter and they have isolated the issue to a small number of apartments," Ecove's director Bassam Aflak said.

"It’s a high-quality building. Ecove has delivered a project that is well above the industry standard. Until now it’s a project that’s gained attention because of its quality."

Fire & Rescue NSW Superintendent Adam Dewberry said he didn't expect the other 51 units to be declared safe any time soon.

"It's not as if it's going to be tomorrow or the next day because there needs to be an element of work done, now it's just how quickly that work can be done by the engineers to get in and get a really good thorough assessment," Supt Dewberry told AAP on Tuesday.

He said authorities weren't yet aware of how many people were affected.

Residents of the 51 units that are considered unsafe were escorted back to their homes to gather essential belongings on Tuesday.