'The Staging Post' is a first-hand account of Hazara refugees and asylum seekers stuck in limbo in Indonesia after Australia closed its doors to boat arrivals. It follows the story of Muzafar and Khadim and how they managed to build a community and school which inspired a 'refugee education revolution'. 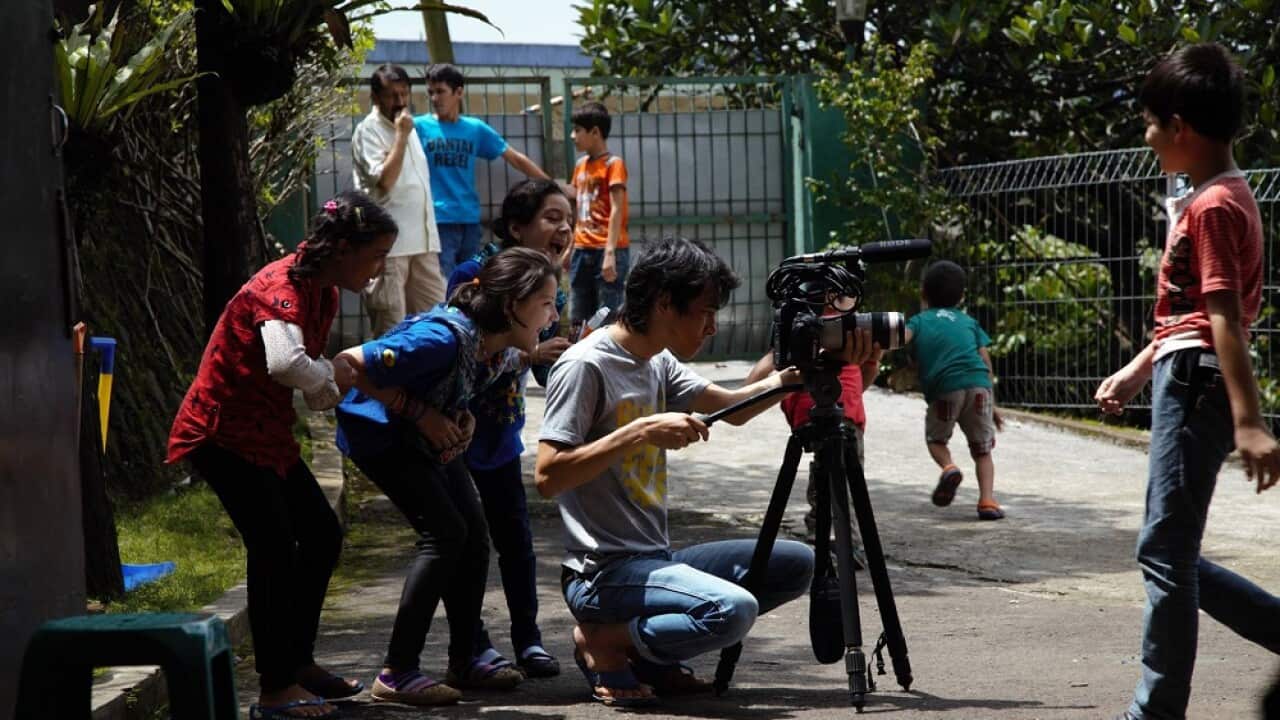 There are moments of collective happiness, distress and grief amongst the refugees in the Indonesian town of Cisarua. They are moments that make the viewer smile and cry along with the refugees.

Cisarua, just south of Jakarta on the island of West Java, had been the refugees’ 'staging post' where they gathered before boarding boats and risking their lives to reach Australia.

In September 2013, when Australia initiated Operation Sovereign Borders to stop refugee boats from entering Australia, The Staging Post director and producer Jolyon Hoff was living in Jakarta.  He went to Cisarua to find out more about the refugees.

Advertisement
“I wanted to meet the refugees, I wanted to know who were they, where did they come from, and what were they going to do now?” he said.

In his search, he meets two Hazara refugees from Afghanistan - Muzafar Ali and Khadim Dai.

Khadim, 17 at the time, was working on a short film about his flatmates and Muzafar was a photographer. On their first meeting, the three men decided to make a film - resulting in 'The Staging Post'.

The film was recently screened in Bassendean, Western Australia. During Refugee Week in June last year the documentary was screened in more than 20 locations around Australia.

Despite warnings from the UNHCR to not engage in any organized activity, Muzafar, Khadim and few others brought refugees in Cisarua together and decided to start a learning centre for their kids and fellow refugees.

By starting this school they soon sparked a “refugee education revolution” and as a result, about 1,500 refugees were studying in over ten refugee-led schools in Indonesia as of 2018.

Jolyon later registered the Cisarua Learning Charity in Australia to support refugee schools founded by his friends in Indonesia. The three of them now manage the charity.
A girl in remote village of Daikundi province, 2008 Source: Courtesy of Muzafar Ali

Muzafar, 33, left his hometown Gizab district of Oruzgan province when he was a child and settled in Quetta city in Pakistan. He returned to Afghanistan in 2004 and started working as provincial coordinator with the United Nations’ Development Program for Afghanistan in the newly founded province of Daikundi.

For seven years he worked with different UN departments in Bamyan, Maidan Wardak and Daikundi provinces of Afghanistan.

Through travelling with his work, Muzafar also gained a reputation as a photographer, capturing images of remote areas of Afghanistan. His photos have been displayed in various exhibitions in Kabul, the US, Canada and even North Korea.
Nili, Daikundi Province’s capital Source: Courtesy of Muzafar Ali

Escape from the Taliban

In December 2012 Muzafar managed to escape the Taliban by saying his daughter was sick and that he was taking her to Kabul for treatment when the insurgents stopped his car and questioned him.

On that day, he decided to leave Afghanistan forever.

“As a father, husband, brother and son I don’t want to leave this world,” he told SBS Dari. “Who will look after these four women who will be left behind me? My wife, my daughter, my mother and my sister.”

“I am the fifth generation as a refugee. I want to end this dilemma for my daughter. I want her to live without fear,” Muzafar says in the film.

Amid targeted killings of Hazaras in Quetta, Pakistan in mid-2013, he and his family decided to make the journey to Indonesia to seek asylum.  They sold all of their belongings.

After two years in Cisarua, Muzafar and his family were granted visas by Australia; he now lives in Adelaide, South Australia and studies at the University of South Australia.  However, he says he wants to go back to Indonesia to work with refugees after finishing his studies.

For the approximately 14,000 refugees and asylum seekers, including a large population of Hazara refugees from Afghanistan and Pakistan, there is no prospect of resettlement in Indonesia.  They cannot work there and so remain in a state of uncertainty.

Jolyon Hoff says the UNHCR recently advised them that they should expect to be 'stuck for up to 25 years'.