People born in the Philippines are the fifth largest group, with England continuing to be the largest group, according to the new data released by the Australian Bureau of Statistics. 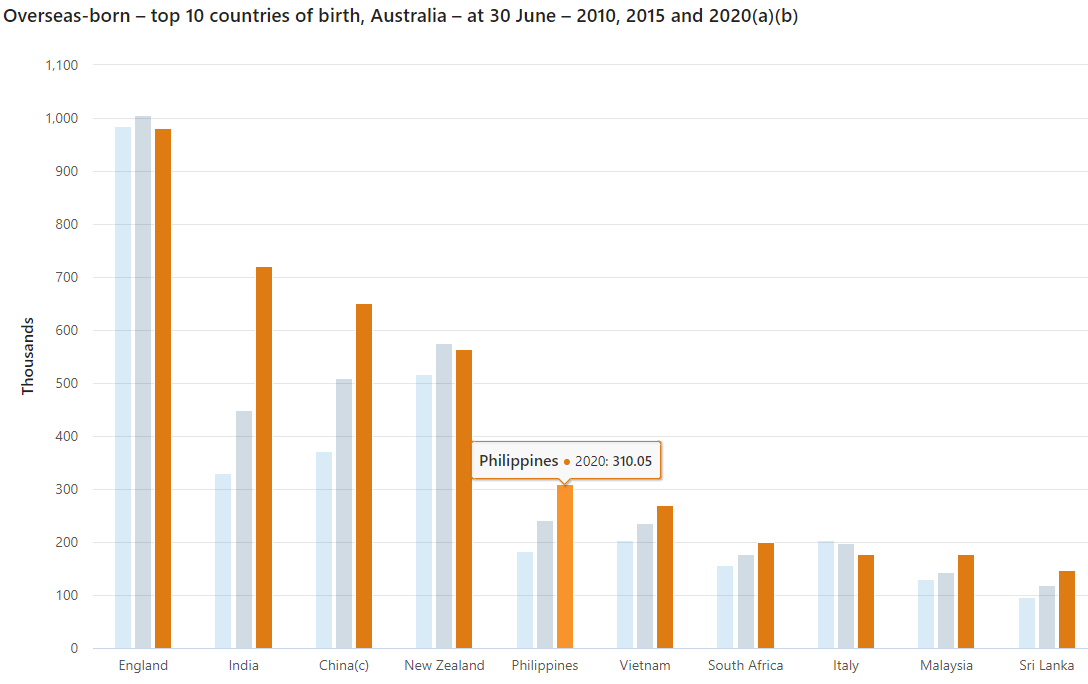 Top 10 Countries of birth for overseas-born as at 30 June 2020
Australian Bureau of Statistics, 2020

Top 10 countries of birth for overseas-born as at 30 June 2020
Australian Bureau of Statistics, 2020

The next two states with a significant number of migrants from the Philippines are Queensland, Western Australia with 43,100, and  33,400 respectively. Followed by South Australia with 13,300 people.

Census registered the least number of Filipinos in ACT with 4,000 people and Tasmania 1,800 people.

In Northern Territory, Filipino migrants were the largest group with 7,000 people.

NB: State and Territory Population by Country of Birth is only available for Census years.