Australia awaits today the census data release that is being pushed out gradually.

These numbers as stated by the Australian Bureau of Statistics “reveal who we are, where we live, what we do, how we work and how we lead our lives”.

From the date that was released today, the top 5 Languages spoken at home were released. Arabic is now the 3rd most spoken Language in Australia behind English and Mandarin (Chinese). Arab speakers constitute 1.4 percent of the Australian population up by 0.1 percent from the last Census in 2011. 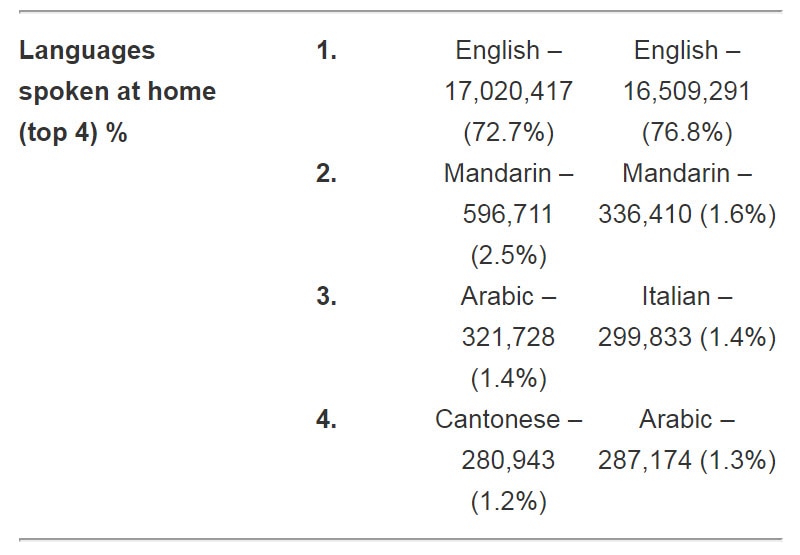