A Sydney father says he’s been left in the dark by the federal government after several attempts to have his wife and three children extracted from war-torn Yemen have been unsuccessful.

Yemeni-Australian Ahmed Al-Shubili says he lives in fear every day over the safety of his wife and three children who are living in Yemen, which has been embroiled in a bloody war since 2015.

Mr Al-Shubili has been a naturalised Australian since 2005, but he tells SBS Arabic24 that despite holding citizenship, he has faced roadblocks in his attempts to bring his family to Australia.

His two oldest children Alwathiq Be Allah, 10, and Ansaf, 9, both hold Australian passports, while his wife and youngest child, Ahed, 3, do not. 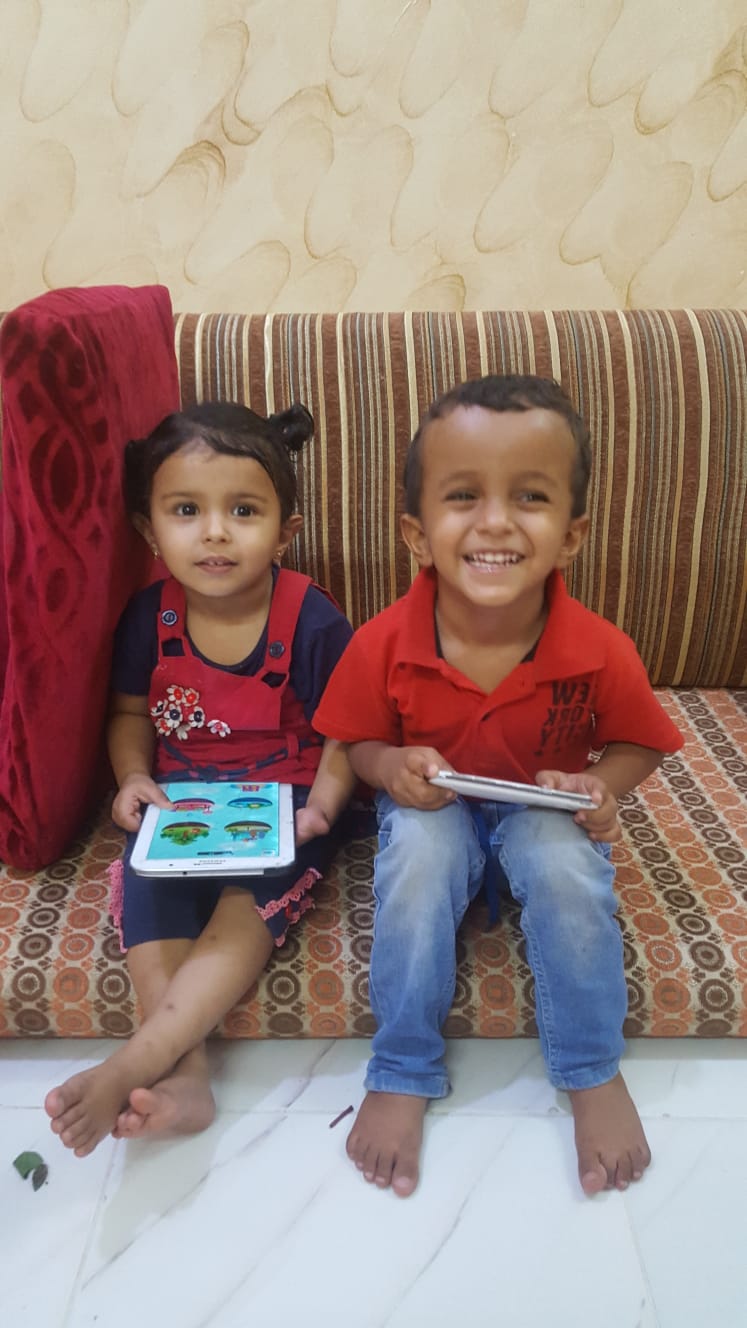 Mr Al-Shubili returned to Australia in late 2019 without his family in order to pursue their case for extraction.

However, the COVID-19 pandemic and his ineligibility to access government assistance, have significantly affected his efforts, as well as his ability to provide for his family financially.

Attempts made since the start of the conflict

According to Amnesty International, more than 233,000 people have been killed or injured as a result of the conflict in Yemen, in what experts say is one of the worst humanitarian crises in modern history.

The spiraling humanitarian crisis has left approximately 14 million people on the brink of famine, the organisation says

In 2015 when the fighting began, Mr Al-Shubili made his first attempt to get his family to safety.

"The Saudi aerial bombings were targeting the Houthi rebels everywhere," he says.

The family relocated to Shabwa, a city on Yemen's eastern border with Oman, in an effort to distance themselves from frontline fighting. Meanwhile, Mr Al-Shubili reached out to the Australian government via the embassy in Riyadh, the Saudi capital, which is the nearest embassy to Yemen.

Initially, he says the embassy informed him they'd be able to extract him and his family within three to four days.

However, 10 days later, he received a call informing him that extraction was not possible.

“Their excuse was that the Australian government had issued a warning not to fly to Yemen. Those who flew there anyway are responsible for themselves. I tried to explain to them that my children were born in Yemen," he says.

"They'd never ever left it and these conditions shouldn't apply to them." He says that his desperateness was compounded after seeing his Yemeni neighbours with Canadian, British and American citizenships being evacuated by their respective governments.

"Why hasn't the Australian government rescued me and my family in the same way?"

According to the Smart Traveller information website, the Australian government’s ability to provide consular services in Yemen is “extremely limited”.

Also, the government’s Consular Services Charter states that “you don’t have a legal right to consular assistance, and you shouldn’t assume assistance will be provided.”

In regard to the case, legal expert at the University of Canberra, Professor Kim Rubenstein tells SBS Arabic24: “Besides the moral, ethical and humanitarian aspects, there’s no legal claim [Mr Al-Shubili] can make that they’re [government] breaching a clear duty.”

Prof Rubenstein, who had previously been appointed as a consultant of the Commonwealth in its redrafting of the Australian Citizenship legislation, says waiting three years or more for a decision from DFAT is “unusual” but not impossible.

She points to the landmark ruling from December 2016, where a federal court ruled that the immigration department unreasonably delayed the citizenship applications of two former Hazara refugees. Disputing his parenthood to Ahed

On top of not being able to bring his family to Australia, Mr Al-Shubili is facing another challenge.

Mr Al-Shubili says despite providing the Australian embassy in Dubai with the necessary identification documents to prove that Ahed is his son, it is not enough.

He says he provided Ahed's birth certificate and a written certificate from the doctor responsible for the delivery, testifying as to the identity of the child.

The government subsequently requested a DNA test to prove his parenthood, a request he says is impossible and extremely dangerous.

"Where can I get them a DNA test in Yemen? There are no working labs anywhere."

According to a volunteer lawyer recruited to help with his case, who is known to SBS Arabic24 but wishes to remain anonymous, "a three-year wait time is much longer than the four months average to grant a child citizenship”.

"Under Australian law, if the father and mother are married, it’s assumed the husband is the father unless evidence suggests otherwise," the lawyer says. A Yemeni girl walks on rubble of a building destroyed in an airstrike carried out by the Saudi-led coalition, at the Old City of Sana'a.
Getty Images Europe

The only approved panel doctor in Yemen is in the capital Sana'a, which Mr Al-Shubili says is too dangerous for his family to visit due to the war.

In regard to the 3-year wait for a decision on Ahed’s citizenship, Prof Rubenstein said: “If you can show that he’s living with his family and that he’s caring for him as his child, and that it’s the same mother, proof of parenthood is extraneous.”

Prof Rubenstein points to a 2010 federal court ruling which found that a child could be an Australian citizen by descent through a person who was not a biological parent but acted in a parental capacity.

Mr Al-Shubili says that despite his best efforts to reach out to the Australian government, he has received the same answers.

"We can't help you. We can't do anything for you. That's what they always tell me," he says.

SBS Arabic24 has made several requests for comment from the Department of Foreign Affairs and Trade about Mr Al-Shubili's case.