‘Doing it for the kids’: How this multicultural Aussie family is celebrating Lunar New Year

Nick Molodysky has no Chinese descent whatsoever, but his Chinese-Indonesian wife Karina Santoso reckons he's even "more Chinese" than her. The Sydney couple say they want their daughters to embrace their heritage.

The Australian of British, Austrian, Kiwi and Ukrainian descent married Karina Santoso, an Indonesian of Chinese descent, in 2015.

The two had first chatted online when they were both in high school and Nick was learning the Indonesian language. Today, they have two daughters, five-year-old Zoe and one-year-old Hazel.

Zoe (R) and Hazel Molodysky are exposed to some of the Chinese traditions since very young age.
Supplied

But Nick's interest in Chinese culture dates way back to before he even met his wife.

Nick said that he had been exposed to a lot of Chinese culture as a child without even realising it.

His parents always took him to the Lunar New Year celebrations in Sydney and he remembers standing in the front row with lettuce in his hands ready to feed the hungry lion.

For his bachelor's degree, Nick took Indonesian studies with a Chinese major. Combining this knowledge with a passion for the culinary world, he has written several Indonesian recipe books, one of which is specifically dedicated to Chinese-influenced Indonesian dishes.

In my opinion, Indonesians do not know how much food the Chinese brought to Indonesia, such as meatballs, tofu and soy sauce.

"Meatballs are now known as Indonesian food, but they are originally from the south of China," he said. 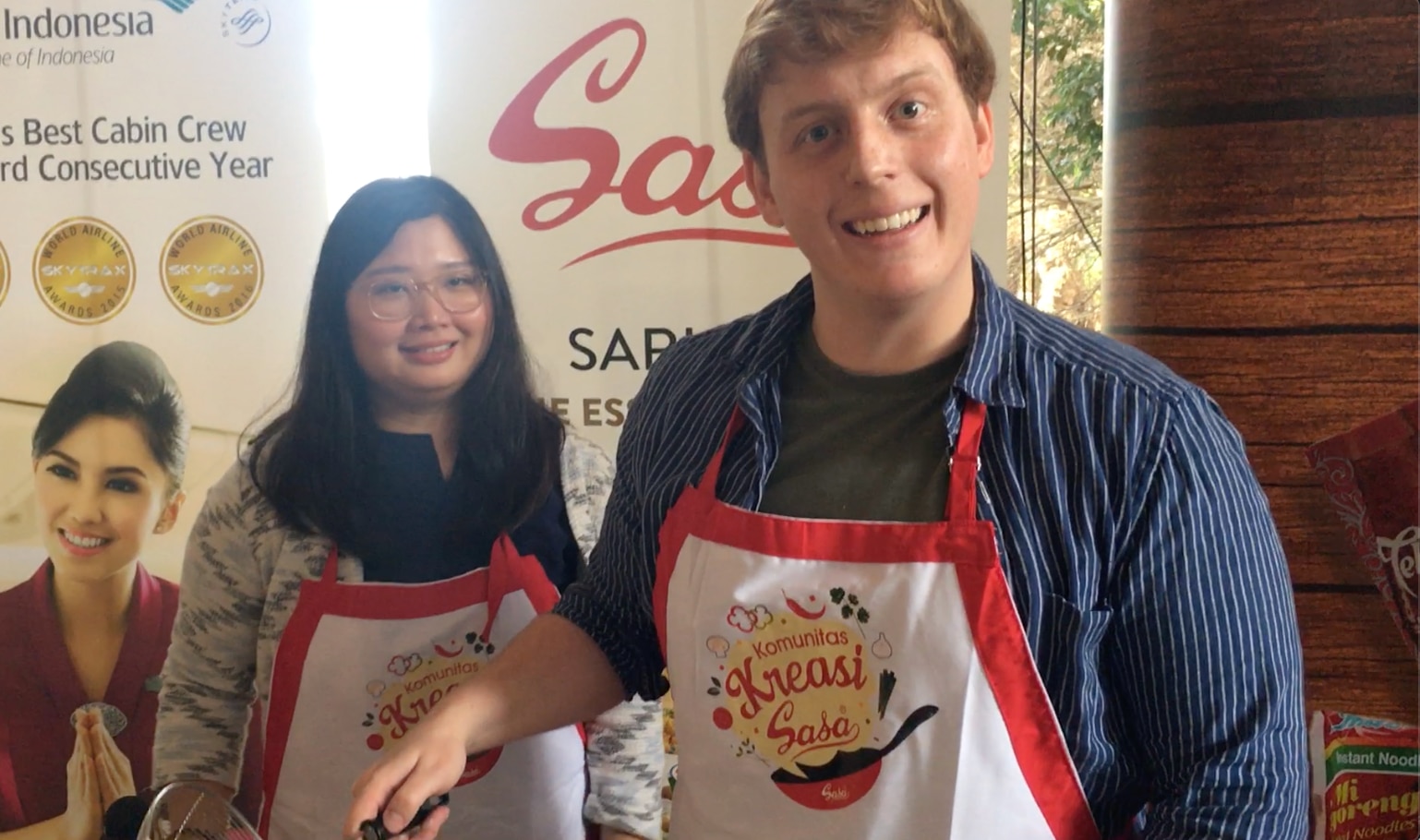 While Nick has an immense interest in Chinese culture without being of Chinese descent, it's the other way around with his wife.

Despite growing up under the influence of cap cay, fu yung hai and fried noodles as part of her family's everyday meals, Karina said that her family is not "totok Chinese", a term used in Indonesia that refers to a traditional Chinese family that still follows its customs obediently.

Karina said even Nick and his family are "more Chinese" than her own. One of the reasons, she feels, is that it is more difficult to practice Chinese culture in Indonesia than in Australia.

In Sydney there is more freedom of expression. It was not like that especially in the olden days of Jakarta, my hometown. It's very embraced here [while] in Indonesia it's more difficult.

"Maybe [because] there used to be negative sentiments towards Chinese people in Indonesia," she said, explaining that in the New Order era of the Indonesian government her dad was compelled to change his Chinese name to a "better-sounding" Indonesian one.

"Well, there are some negative sentiments here too, but in general it's very positive. So it's nice, lots of celebrations here," added Karina, commenting on the Lunar New Year celebrations in Australia. 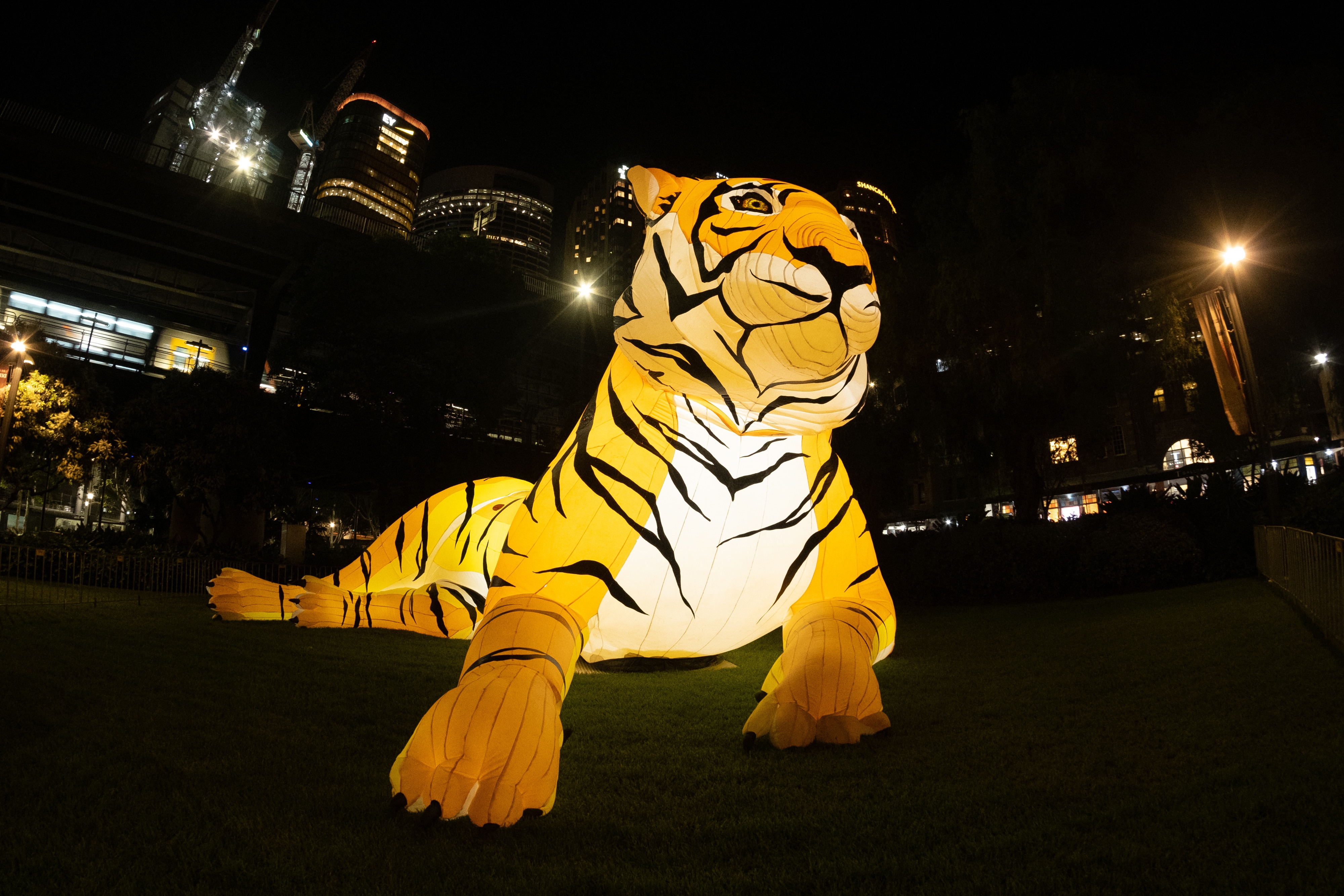 A lunar lantern designed by Sydney-based Chinese artist Chrissy Lau back in 2012 depicting a tiger. 2022 is the year of water tiger in the Chinese calendar.
AAP Image/City Of Sydney,Chris Southwood

Dubbing their small family to be "88 per cent Chinese" - 88 being considered a lucky number by many Chinese - Karina said they preserve their Chinese culture in simple things like their daily meals, special dishes on birthdays, and the names they use at home.

"Zoe now wants to be called cece," Karina said, referring to a term for older sister in Chinese culture.

Nick added with a laugh, "So Hazel doesn't know that her sister's name is actually Zoe."

Even though it's now more challenging to gather with Karina's extended family in Indonesia because of the pandemic, the couple still carries out Lunar New Year traditions.

These include conveying New Year wishes to Karina's parents and older members of the family, and giving out ang pao - money that is usually put in a small red packet and handed to relatives who are younger, unemployed or unmarried - which is a tradition that has since gone digital.

Then what about the preservation of Nick's own cultural background?

The Sydney native, who will return to college next month to study traditional Chinese medicine, said that growing up he felt like he did not have a distinct culture.

"Personally, I think that ever since I was young, there was no distinct culture practised at home because we are of so many different descents," he said.

"Karina's family, even though she doesn't realise how Chinese she is, they are still pretty much of Chinese descent and I want it to be passed down to our children, so then they're cultured.

They must know that they are Chinese.