Members of Australia's Lebanese community are still coming to terms with their situation after losing family members in the devastating Beirut explosion.

Nearly 14,000km away from where a massive explosion ripped through Beirut's port, relatives and friends in Australia are mourning the deaths of their loved ones.

The explosion hit Beirut in what officials have said was caused by a huge stockpile of highly explosive material held for years at the port in unsafe conditions.

The blast has so far claimed more than 150 lives, with close to 5,000 people injured and dozens more still missing. Hanine Taouk, from Sydney, lost her cousin Micheline Taouk who was at work at the nearby Lebanese electricity company.

“Micheline was not only my cousin, she was my sister and best friend and everything to me. She was my role model," she said.

“I always told her, leave Lebanon, come here for a better life, but she always used to tell me I prefer to die in my country.”

Till when will these angles and innocent people keep dying and for what?

Micheline was not the first member of her family to pass away in tragic circumstances. In 1983, her 18-year-old brother died while serving in Lebanon's military during the country's 15-year civil war. “What happened in not new. It’s not the first time we sacrifice blood for our country. But what makes you angrier about this incident is that the politicians blame one another for what is happening," he said.

“We have given the heavens many brides and grooms, but till when will these angles and innocent people keep dying and for what?” 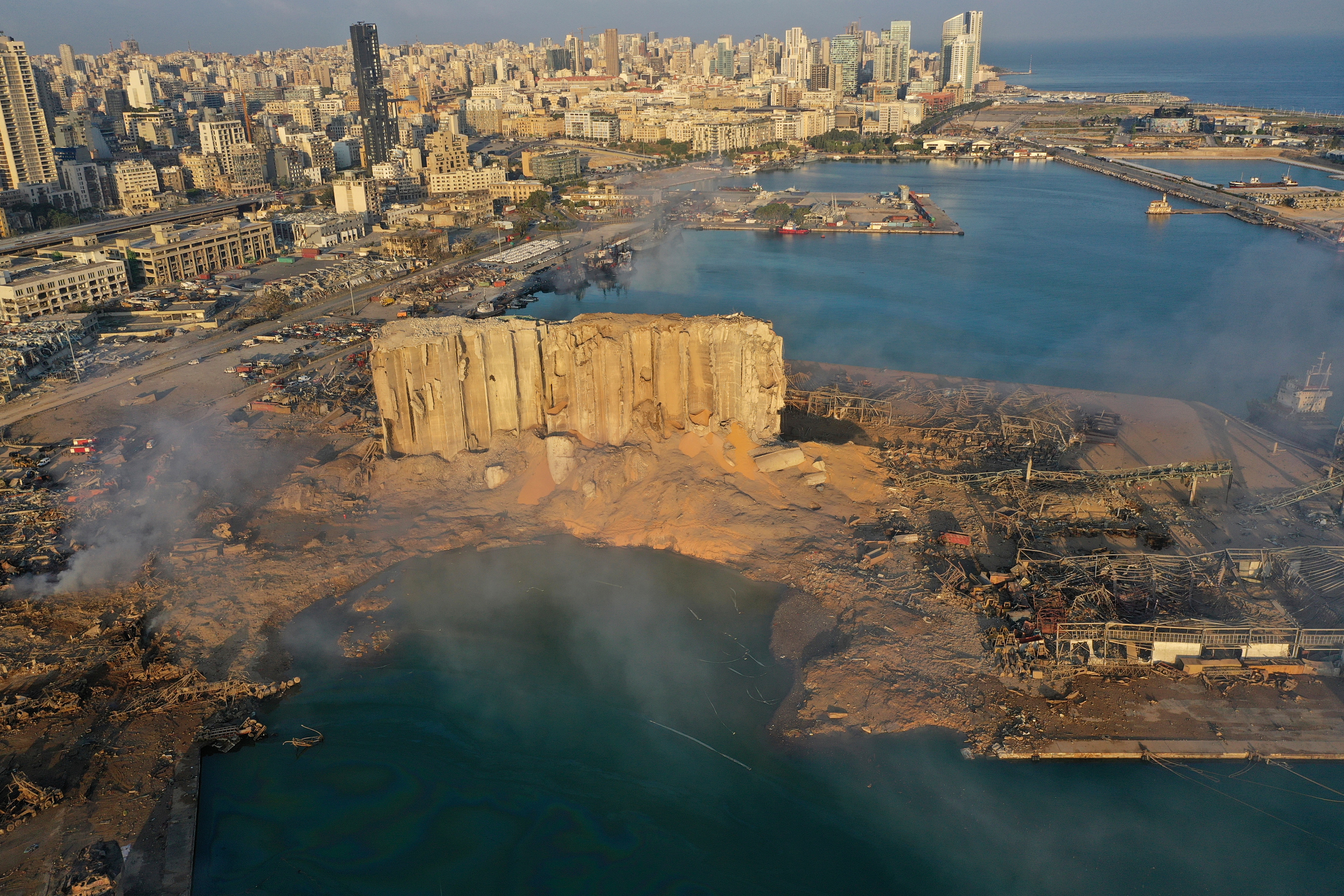 Smoke rises from the scene of an explosion that hit the port of Beirut.
AP

They both passed away while on their way to have dinner at a friend’s house in Beirut.

Anaya said hearing news of the explosion resurfaced some unpleasant memories of when she lived in Lebanon.

“What happened was very shocking. I lived in Lebanon during the civil war and I know what explosions feel like, it's extremely horrifying,” she said.

“I learnt about the news in the morning in Sydney, and I just couldn’t stop crying. Even before I knew that I lost my relatives.

“I cried at the horrifying scenes on the TV, I cried for how long it will take to rebuild this city.

“Every time we get hopeful to going back to our home country, something happens, and that hope disappears.”

Rita Saade Raad lost her cousin Maroun Saadeh, a migrant in Lagos, who was visiting Beirut with his daughter to undergo a small medical procedure.

The blast killed Maroun but his daughter survived.

Rita explains how her cousin never gave up on the country despite the economic hardships, saying he kept visiting every year and was always keen on helping the needy in his “beloved Lebanon”.

“My cousin never gave up on Lebanon, but Lebanon gave up on us," she said.

“Lebanon couldn’t make up for his years away from his home country.” As a number of Australian campaigns have been set up online and on the ground to help the victims, Anaya had a strong message to send.

“We all need to put our hands together to rebuild our beloved country Lebanon.

“We are heartbroken by what is happening, but we will not lose hope, together we can rebuild Beirut and Lebanon.”