Hazara refugees from Afghanistan have been instrumental in the transformation of the Adelaide council area that welcomed them more than 15 years ago, a new study has revealed.

Hazara refugees from Afghanistan have helped “transform and rejuvenate” South Australia’s Port Adelaide Enfield local government area socially, culturally, and economically, according to a new study by the University of South Australia, Charles Sturt University in partnership with the state’s Multicultural Communities Council.

Conducted by a team of researchers led by Dr David Radford, the 'Refugees Rejuvenating and Connecting Communities' report highlights the contributions that Hazara refugees have made to the area and the challenges they’ve faced in the years since their settlement.

The City of Port Adelaide Enfield - home to more than 126,000 residents - is one of the largest councils in metropolitan Adelaide and is divided into seven wards that span across 51 suburbs.

Hazara entrepreneurs Hanif Rahimi and Hassan Varasi, who both settled in the area during the early 2000s after arriving in Australia by boat, have a good recollection of those early days.

“In 2001, when we came to this area, most of the shops were empty and most shop windows were broken. It wasn’t safe because no one liked to do business in this area,” Mr Rahimi, 51, recalls.

“Many of the homes were either empty or if they were not empty, their occupants were people without jobs or people who relied on the government’s support.”

He said refugees such as himself were attracted to the area due to its affordability, but due to the "hard work" of his community and others, it has become "prosperous", with the area’s house and shop prices growing exponentially over the decades. “Negative media reports have portrayed refugees and asylum seekers as a burden, cost, or threat to Australian communities, but all the research points to the opposite,” Dr Radford said.

“Port Adelaide was in decline 15 years ago but the Hazara migrants have helped to transform the area into a thriving, multicultural, dynamic hub.” 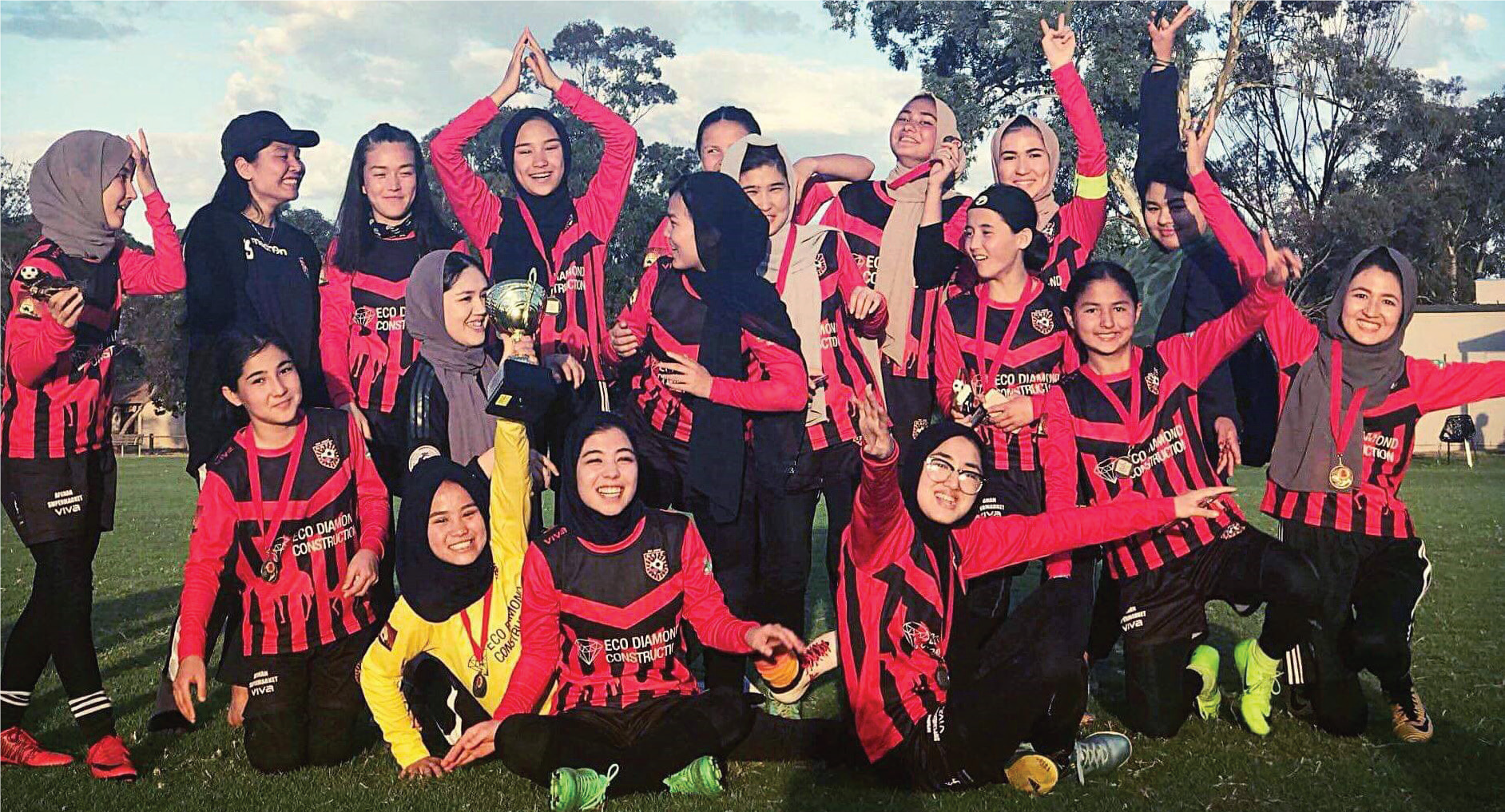 Mr Varasi, 47, said when he arrived in the Port Adelaide Enfield area in 2002, the streets which are now vibrant and busy were “almost dead roads” back then.

From fruit picker to entrepreneur Mr Rahimi started his life in Australia as a fruit picker and factory worker before obtaining his taxi license.

Six months into his new job as a taxi driver, he decided to purchase his own cab before establishing a mechanic and tyre shop and building his little empire of about 40 cabs with more than 90 drivers. But when news circulated that Uber was heading to Australia, Mr Rahimi shifted his gaze away from building a bigger transport company and decided to invest in an industry that he said had a “future and less vulnerability and risk”.

He opened a grocery store while also managing his taxi company and mechanic workshop.

In 2016, when the impact of Uber on the taxi industry became obvious, he decided to expand his grocery store and widen his customer range to attract people from the wider community. The father of five got in contact with supermarket chain IGA and in 2017 established his second store in partnership with the company.

He said refugee communities have “completely changed” the face of the Port Adelaide Enfield LGA, turning it into a food destination for the entire city.

From activism to successful businessman Mr Varasi said he was one of the organisers of the 2002 hunger strike at the Woomera detention centre which subsequently led to the closure of the facility.

After spending nine months in detention, he and his fellow refugees were released into the community, where he began working as an activist to fight against what he called the Howard government’s “harsh and very dry” policies towards refugees.

The former farmer in central Afghanistan put his social activism aside to start his business journey. In 2010, after working as a salesperson for a number of years, he began importing homewares and established his own store before expanding to four other branches.

“My goal, aside from creating jobs and providing employment opportunity for others, was to have a homewares chain across Australia,” he said. After realising that the “target market” for his business was small, he decided to leave that area and began importing building material by opening up a tile shop 14 months ago.

The father of two now has three full-time staff members and a number of independent contractors under his wing.

'We are proud of the cultural diversity'

Recognising the Hazaras as “one of the most persecuted, marginalised and disadvantaged ethnic groups in the world”, Dr Radford said they still face challenges assimilating into the broader community.

“The Hazara community members we interviewed all shared a motivation to build a new life, to find work and become self-reliant, and to give back to their communities,” he said.

“There are still challenges with assimilating into the broader society and a tendency for the Hazara community to live in a bubble, but this reflects a fear of losing their identity rather than an unwillingness to integrate.”

In regards to the study, City of Port Adelaide Enfield Mayor Claire Boan told SBS Dari: "We were delighted when David and colleagues approached the City of PAE outlining their intent to undertake this project. It’s great to have a credible piece of work that documents in some detail the specific contributions and challenges faced by a single cultural group – such as the Hazara."

Councillor Boan said hers was the first metropolitan Adelaide council to become a signatory to Welcoming Cities several years ago.

"We are proud of the cultural diversity of our city and continue to work toward it being an inclusive and welcoming city with opportunities for all. However, reports such as what has been produced by David and his colleagues provide important insights which we can use to help us do better.

"It’s difficult to quantify the findings of the report, however, we concur with the view that the Hazara community continue to contribute significantly to the vibrancy and economy of our city and in particular the Kilburn and Blair Athol areas.

"The Hazara community have embraced our Kilburn Community Centre in particular, and are active in both leading and participating in a variety of groups and activities. A unique partnership exists between the Kilburn Football and Cricket Club and the Ghan Soccer Club – providing opportunities for participation across a range of sports – and opportunities to share and learn from each other."