DOWNLOAD 18.66 MB
SUBSCRIBE
This Iraqi asylum seeker has had his appeals to remain in Australia rejected four times after arriving by boat in 2013. Source: Fares Al Kilaby

Iraqi Fares Al Kilaby says a High Court decision to reject his family's asylum bid has placed them on the brink of homelessness, following his arrival in Australia by boat in 2013.

More than 50,000 people arrived in Australia by boat between 2009 and 2013, and the majority are living in this country with no clear path to naturalisation.

Many have gone on to secure protection visas, while others remain on temporary visas, which provide them safe haven for a period of between three and five years.

Iraqi law graduate and father of two Fares Al Kilaby arrived in Australia by boat in 2013.

He fled his homeland during one of the bloodiest periods of sectarian violence, and as IS emerged as a major player in the country's long conflict.

Despite affirming that the safety of his family would be placed at grave risk if they were to return to Iraq, his attempts at securing permanent residency in Australia have been rejected four times. 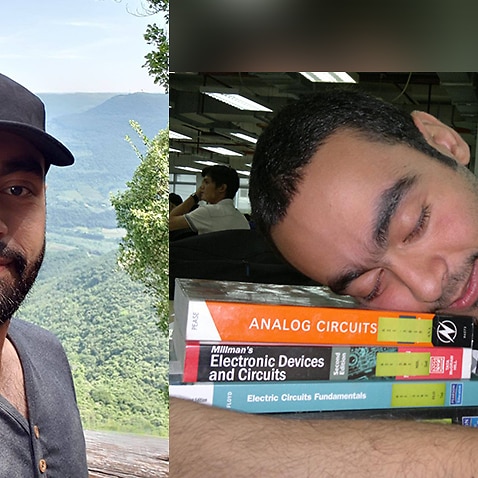 Their hopes were dealt a significant blow in July 2019, when the High Court rejected their latest appeal, citing that the danger they faced in Iraq was “not systematic”.

Mr Al Kilaby said the court gave them 21 days to apply for a bridging visa to remain, and they have held subclass E050 visas ever since.

“The problem is that the final decision rests always with the immigration department even if the courts decided otherwise,” he told SBS Arabic24.

Currently living in a state of "limbo", he said he's unsure on whether the family is able to lodge another appeal.

As a result of the High Court decision, Centrelink payments that helped support his family following a car accident in which he was badly injured, were cut.

He said the accident affected his ability to work, and the family now faces homelessness. 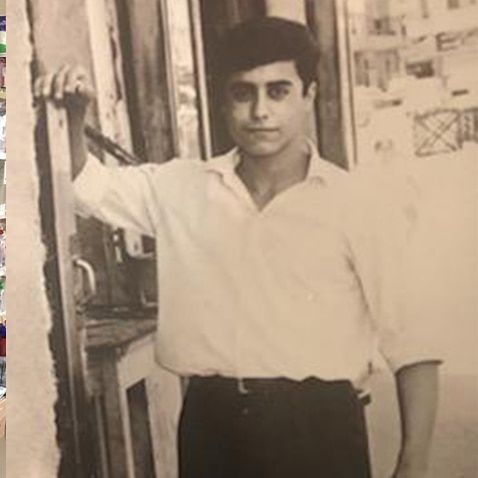 Gergis only planned to stay for five years, but 52 years later he 'thanks God' for Australia

"The lawyer came and told me [my asylum case] was rejected and that I can't work anymore," he said.

"I lost big because I had contracts with clients and now, I can't deliver on them. And the court has asked me to pay $7000 dollars in fees because I lost the case."

His mental and physical health is "deteriorating" due to his family's "crushing" situation.

“I'm surrounded. I'm imprisoned. I married in this country and feel anguish when I see my children starving,” he said.

While confirming that it does not comment on individual cases, the Department of Home Affairs told SBS Arabic24: "Illegal Maritime Arrivals who have been found not to engage Australia’s protection obligations and have exhausted all avenues for appeal, have no lawful basis for remaining in Australia and are expected to make arrangements to depart."

"A person who is in Australia without a valid visa, or who holds a visa that is about to expire, should contact the Department’s Status Resolution Service to resolve their immigration status," the department spokesperson added.

"An unlawful non-citizen may be granted a Bridging E visa, allowing them to remain in Australia lawfully while they make arrangements to resolve their immigration status."

'I paid whatever taxes I owed'

While Australia seeks skilled labour from abroad, the asylum seeker said there are 30,000 refugees and asylum seekers that arrived by boat who are ready to take on those jobs. 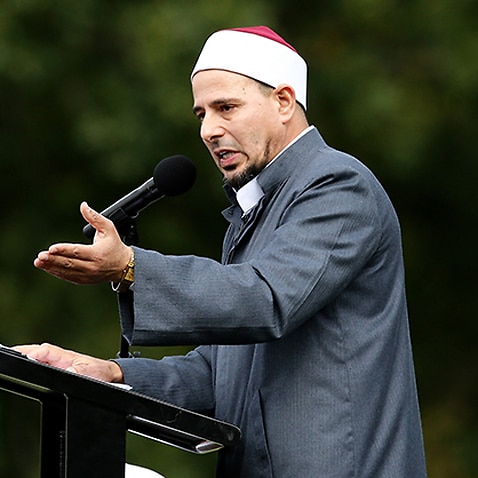 "I'm ready to work as anything for my children. I used to be successful in my business. I started working as a window fitter in 2014 as soon as I was allowed to work. I paid whatever taxes I owed."

The plight of these asylum seekers and refugees received renewed attention in March, when pro-refugee activists held protests in several cities, including a demonstration in front of the US embassy in Canberra.

Demonstrators also gathered in front of Parliament House in Canberra where a number of protesters met Greens senator Nick McKim, who pledged to champion their cause in the senate. 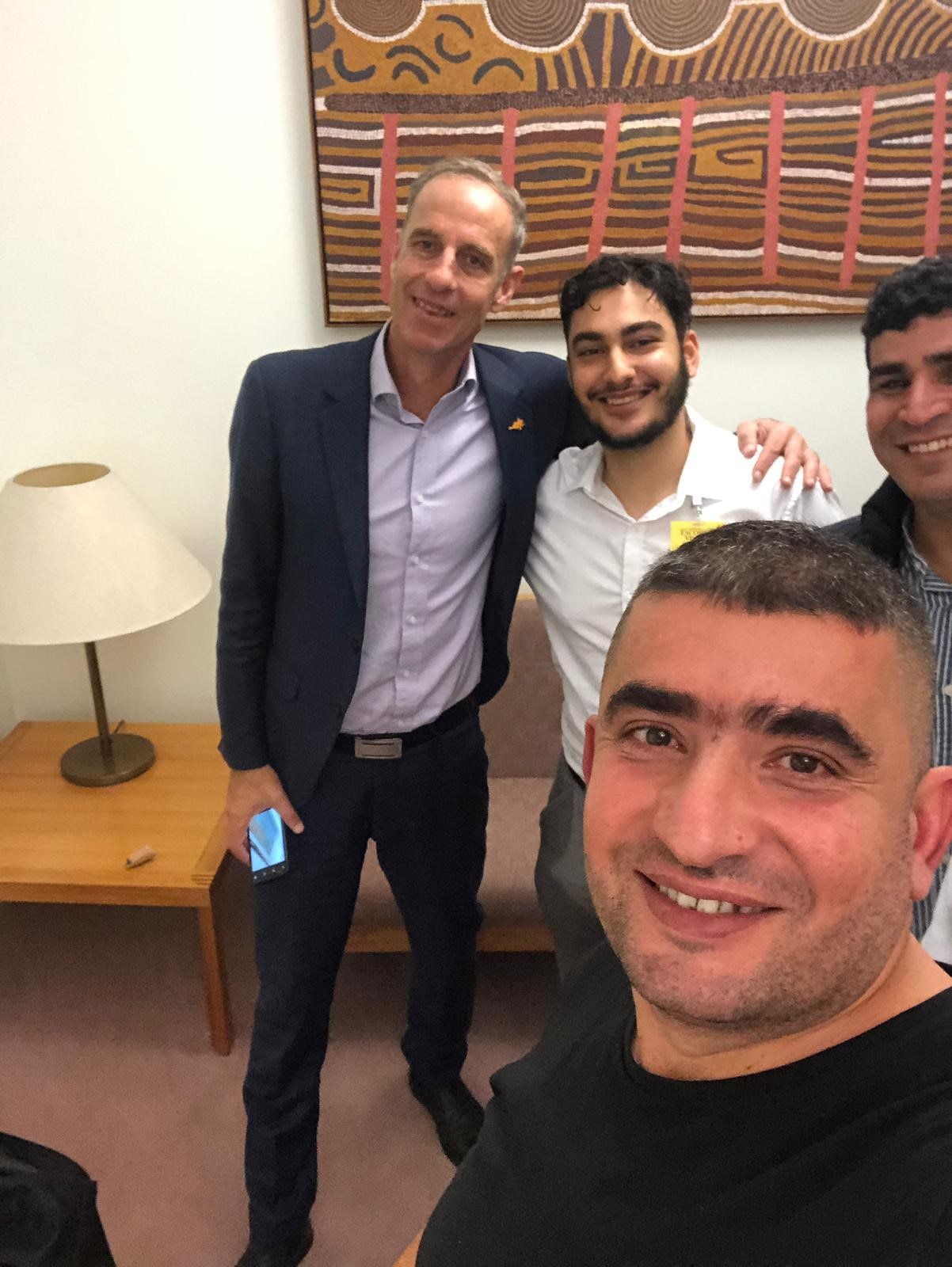 While Australia has a very open heart for refugees when it comes to unauthorised boat arrivals, things become tougher because they have to establish their identities in this country, while also dealing with the big problem of people smugglers, migration lawyer Eva Abdelmessaih told SBS Arabic24.

"The big problem is the people smugglers who use and abuse these vulnerable people who leave their homes and families and risk their lives en route to Australia through the seas," she said.

"The Australian government dealt with that and provided a solution. They said, 'okay while we're processing your papers, you can stay in Australia while we look at your case. We can then offer you two types of visas as temporary protection or on a safe haven'.

Ms Abdelmessaih, who is the director of Migrate 2 Australia, said the Australian government "created a road and a pathway" that should be followed.

"What is it? They need improved English and to have studied or worked in Australia for more than three and half years out of the five years in a regional area.

"I think rather than saying what the government can do for me, what can I do?

"[People can say] I've already made the wrong decision by coming into Australia in an unauthorised way, or maybe I was pushed and forced to do that decision for my life, well let's correct this now.

"Now they are here in Australia they have choices. Let's make wise choices."