Australian expat Julia Mellor is one of the first non-Korean specialists in brewing traditional Korean alcohol. She says it's a world that goes beyond the green bottles popularised on Korean television shows and in movies.

Just as it's become customary to see a scotch decanter in US crime dramas, small green bottles have become a staple in Korean movies and on television.

Whether it’s a prop or actually contains alcohol, the bottles are said to contain the traditional Korean beverage soju.

It's common to see characters take shots from the bottle, which is usually placed on the table during dining scenes. And it's exactly the type of traditional beverage that Australian expat Julia Mellor has dedicated the past 15 years promoting.

She believes the green bottles popularised on-screen are vastly different to those consumed in generations passed.

“The green bottle is soju produced by certain companies. They are diluted. The real and traditional soju has 35-40 per cent alcohol by volume (ABV) and has various scents like whisky and vodka,” she says, affirming that soju sold in the green bottles usually has an alcohol volume of 17 per cent.

Ms Mellor has lived in Korea for more than 15 years and is one of the first non-Korean specialists in the brewing of traditional alcohol. 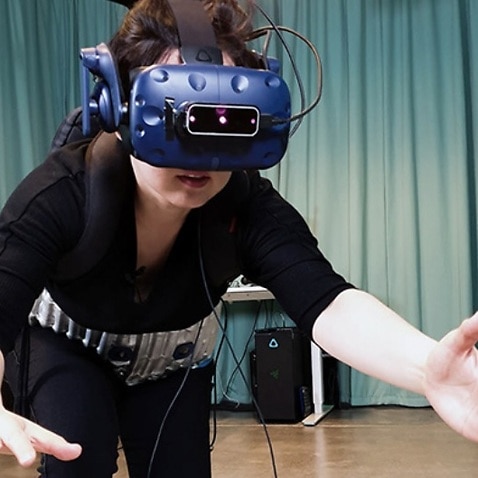 What's it feel like? Artist creates a 'pain-inducing belt' to raise awareness for chronic diseases

She’s the CEO and founder of The Sool Company, a startup that promotes and educates about the creation of 'sool', or alcohol, both domestically and abroad through seminars and information.

Her journey with traditional liquor began when she moved to Korea in 2006 to teach English.

As an Australian who was accustomed to drinking wine and beer, she says arriving in Korea was an eye-opener, as the wine was very expensive because it was not commonly consumed and there wasn’t much of a craft beer scene.

“Of course, I had tried soju and makgeolli, but it wasn't until I was introduced to some of the more traditional styles that I realised there was a whole world of Korean alcohol beyond what was commonly available.

“It didn't take long for me to realise that traditional Korean alcohol was what I wanted to do with my life, and my journey of discovery began.”

After time spent on research, brewery visits and late-night tastings, she turned her passion into a business. She started her company, which now offers a range of traditional brewing classes and organised brewery tours for expatriates and travellers.

“Korean liquor is beyond the green bottle. When I introduced people to traditional soju, I hardly see any foreigners who don’t like it, especially good drinkers who prefer a strong beverage like whisky,” she says.

“Makgeolli has a well-balanced taste. It is sweet, sour and lightly carbonated.”

Traditional Korean alcohol dates back more than 2000 years, but it is relatively unknown outside of the country.

Ms Mellor affirms, however, that there are small pockets of people who have tried soju and some of them might have heard of makgeolli, a milky white lightly sparkling rice wine.

“Particularly makgeolli and cheongju are both best enjoyed unpasteurised, so they are filled with live yeasts which give it a unique character.

“But it's not sterilised, so all yeast and enzymes live.” For this Lunar New Year, Ms Mellor collaborated with the Korean Cultural Centre in Sydney offering classes looking at the brewing process of general Korean traditional liquors and especially Dosoju Dosoju, meaning “liquor for fending off evil spirits,” which is usually consumed on New Year’s Day in the belief that it would defeat spirits of misfortune throughout the year.

She says that brewing at home can be a hobby for some, akin to baking sourdough bread or making kimchi, due to the fermentation process.

“Brewing at home is a lot easier than you might think. The makgeolli you make at home is always better in terms of ingredients, as you can control for any additives or sweeteners, and the end-product is loaded with probiotics. For me personally, I love to brew as a way of mindfulness and stress relief,” she says.

Due to the nature of the pasteurisation, makgeolli usually has a short shelf life.

Makgeolli sold outside of Korea normally goes through a pasteurisation process to extend its shelf life, but Ms Mellor explains that this results in a loss of important live enzymes, and therefore taking away from the traditional taste.

“I always have brewed and promoted Korean traditional liquor deeper around the world. If anyone would like to build a Korean brewery anywhere in the world, I want to help them to set up," she says.

During her time in Korea, Ms Mellor has recognised certain distinctive features of Korea’s drinking culture.

“Drinking culture in Korea is inextricably tied to food, so the experience of drinking is almost always seated at a table surrounded by dishes.

“The drinking experience goes in 'rounds', which often means moving locations three or four times a night, always with more food, and usually amongst friends or people who know each other.”

She says it’s quite in contrast to how people drink in Australia, where it’s common to stay at one place, while standing or mingling and only consuming alcohol, without food.

“It's quite easy to meet new people or strike up a conversation at a bar in Australia, while in Korea drinking is an intimate experience with people who are friends or have already been introduced.”