DOWNLOAD 10.33 MB
SUBSCRIBE
The newly installed guardrail at the scene of the Oatlands crash (L), and images of three of the four victims. Source: SBS Arabic24

The installation of a guardrail barrier at the site of the horrific Oatlands crash in Sydney has led to rumblings within the community over its safety benefits and appearance.

Parramatta Council installed the 98 metre long guardrail along Bennington Road following the February 1 tragedy, when a car mounted the curb, killing Abdallah siblings Antony, Angelina and Sienna along with their cousin Veronique Sakr, as they walked towards an ice cream shop.

Three others were injured in the crash, including the victims' relative Charbel Kassas, who was released from hospital in April.

A criminal investigation is ongoing in relation to the incident. Parramatta councillor Pierre Esber told SBS Arabic24 that the decision to install the guardrail was made in order to ensure there “won’t be another incident” at the site.

“The entire council - 15 members back then - voted in favour of this rail based on the recommendation that it is the best measure the city can take.” 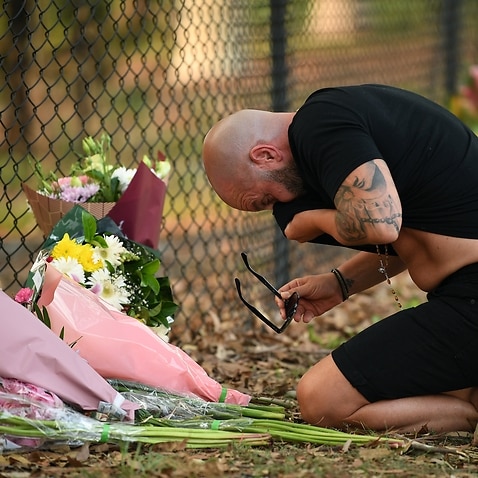 'The tears haven't stopped’: Australia’s Maronite community in shock after losing four of their own

However, the guardrail has attracted criticism from some locals, including Bennington Rd resident and NSW Liberal Party state executive member Matthew Camenzuli who called for its removal, citing its appearance and the community consultation which took place. Cr Esber said the call to remove the guardrail was shot down by the council, and that a roundabout slated for November would be installed additionally.

“The city council decided to install the guardrail, we spent money that is not ours, it is Parramatta people's money. We can’t install the rail and then remove it and install it again. It had to stay,” he said.

“We have voted to put a roundabout in November but keep the guard rail also.”

A petition to keep the guardrail was launched immediately following the call for its removal, which has so far gathered nearly 10,000 signatures.

It states that the Abdallah and Sakr families “expressed their strong disapproval in the removal of the guardrail”.

Furthermore, in a joint statement obtained by the Daily Telegraph, the families said: “We never want anyone to have to endure our suffering, losing children in the way we did.”

“There should be no debate about installing any safety measures that ensure all children remain safe.

“We will always support any road safety initiative that further protects our community and in particular innocent children.

“There should be no debate about installing any safety measures that ensure all children remain safe.” 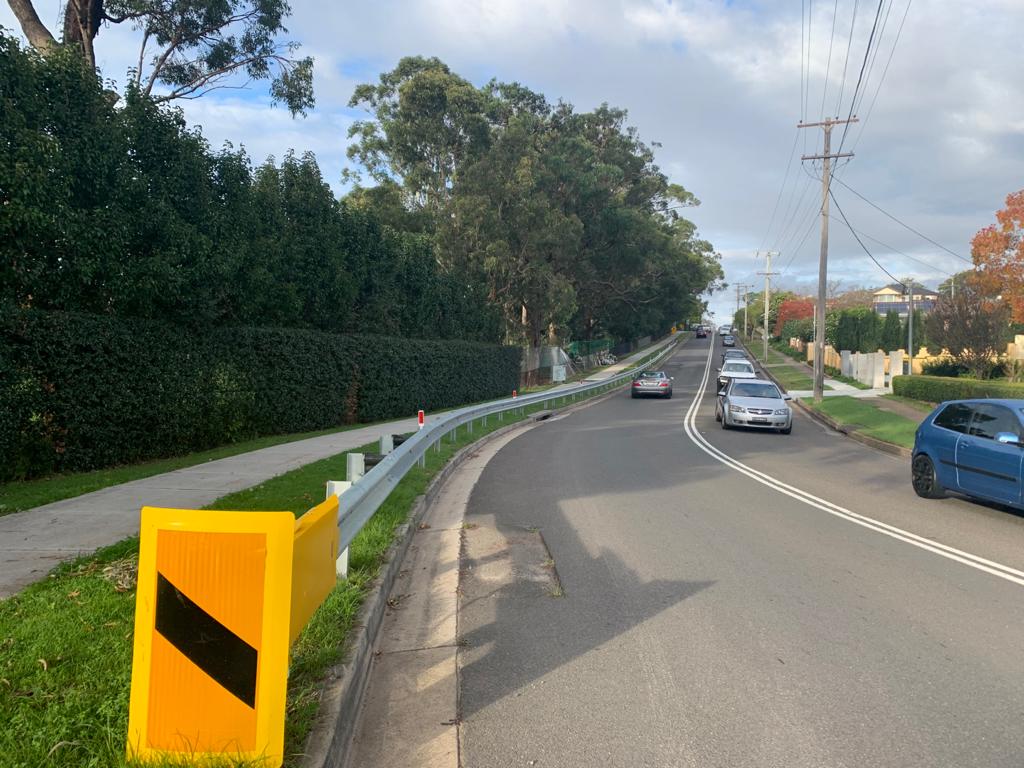 The guardrail at the Oatlands site.
Supplied

Local resident and friend of the victims' families, Joe Sabbagh, believes the calls for the guardrail's removal were misunderstood by the greater community.

“Everyone wants a rail to keep people safe, but not this metal guardrail,” he said.

“We want a rail like the one in Parramatta city, it is nice, simple and attractive. Something that reminds us of the children and makes everyone who walks around it feel safe.

“No one wants to remember the children through this thing they put, which lacks sympathy. This guardrail exists on the highways, not in a residential area like Oatlands.” 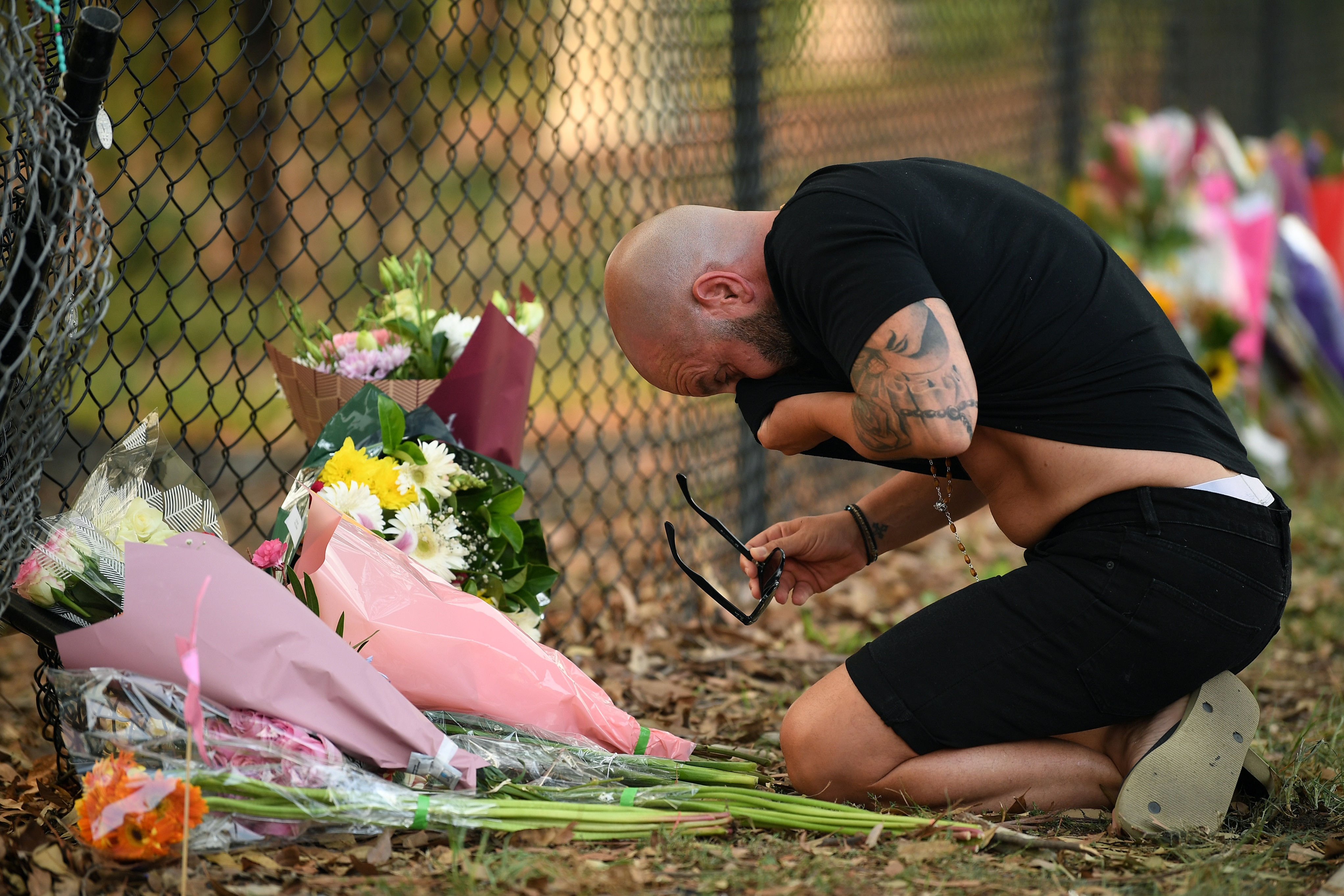 A man pauses near flowers placed at the scene where seven children where hit on a footpath by vehicle in Oatlands.
AAP Image/JOEL CARRETT

Cr Esber said despite its appearance, the guardrail in its current form was necessary.

“It is ugly, I was the first one to say it is ugly, but what can we do, everything made for safety is not beautiful, but practical.

“I wanted a wire rail because it's nicer but when we went to the Roads and Maritime Services in NSW, they said this is the one that will work, and at the end of the day, the government puts in the rules of the roads and we just manage it.”

Mr Sabbagh believed greater efforts needed to be made by the council in regard to general road safety in Oatlands, noting that the spot where the incident occurred had "always been a safety hazard”.

“Failing to plan is planning to fail, we can’t know that there is a problem and we let it until someone has another accident," he said.

“This is the wrong way to do it, it is reactive.”

Cr Esber said the decision-making process was designed in a way that puts resident safety first.

“There is a traffic committee in every council, we consulted them and there was a recommendation report and we took it to the state government before we voted on it,” he said.

"We can’t put rails and roundabouts everywhere, it will look ugly. This was the first accident of this kind, and we have to be reactive in our process.

“There is no 100 per cent proof system in any government whether it is local or on a federal level. Some decisions don't suit everyone, but we do what we see is best.”