DOWNLOAD 17.45
SUBSCRIBE
Ashraf Al-Morsy, one of the Christchurch shooting victims (R), and the mosque where the attack occurred. Source: Supplied\AAP

Like many within New Zealand’s Muslim community, Seham Al-Wakil’s life changed forever on March 15, 2019. Despite the sentence handed down to the perpetrator of the country's worst atrocity, she believes "true justice will come in the afterlife".

Ms Al-Wakil tells SBS Arabic24 that it is too soon for her to talk about healing as she continues to grapple with the loss of her husband Ashraf Al-Morsy, who was among the 51 victims of the Christchurch mosque attacks.

The man responsible for the attacks, Australian Brenton Tarrant, was sentenced to life in prison without parole on Thursday.

Ms Al-Wakil was with her husband at the Al Noor mosque on that fateful day and she said the sentence "brought some relief".

"The life sentence is not enough for us, the true justice for us is in the afterlife but the sentence brought relief to some extent," she said.

"A person like that should get the harshest penalty possible so that people like him would know that someone got this penalty and they will be afraid to do something like him."

She said returning to the scene almost 18 months after the incident is unbearable.

“I still see his shadow when he was shot dead at the mosque’s door, I see the scene of the man shooting him dead,” she said. 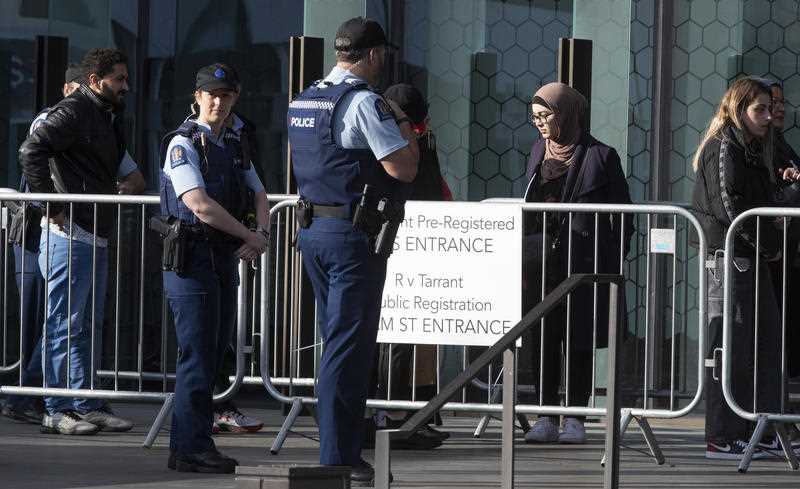 Family and survivors from the 2019 mosque shootings line up to enter the Christchurch High Court for day two of the sentencing hearing.
AAP

Ms Al-Wakil and her husband, who are Egyptian, got married in 2004 and started a family in Christchurch – a son and daughter, now aged 14 and 15.

She said her husband didn’t usually attend Friday prayers at the mosque but felt compelled to attend on the day.

“He usually doesn’t go for Friday prayers at the mosque because he has a souvlaki shop with no other employees.

“His shop got robbed on Wednesday, so he said I don’t have enough food to sell, so I will close and go for Friday prayers.

“We did some paperwork and went home for tea, and then he was in such a hurry to go to the mosque.”

She remembers that her husband walked at a fast pace to the mosque as if he had an appointment that he was afraid to miss. 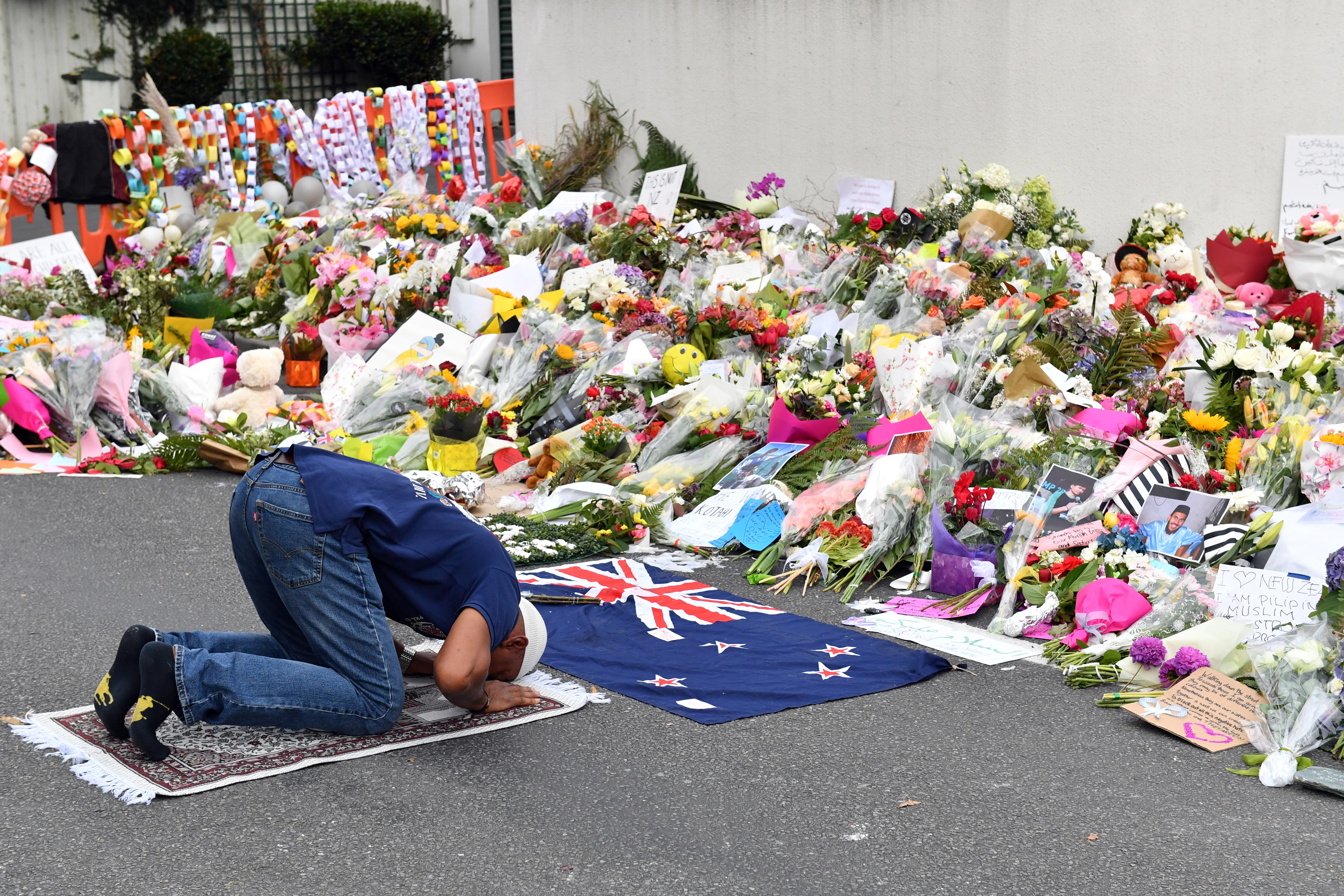 A Muslim worshipper prays at a makeshift memorial at the Al Noor Mosque in Christchurch, New Zealand, 2019.
AAP

The pair then parted ways in front of the building and agreed to meet at the front door once prayers ended.

Moments later, Ms Al-Wakil was sitting in a part of the mosque reserved for women when she heard a loud noise.

“I thought there was something wrong with the electricity, it wasn’t until I saw a woman leaving the mosque with her daughter that I decided to leave as well.”

She hid with other women in the yard of a nearby house, and it was there that she realised what was unfolding. 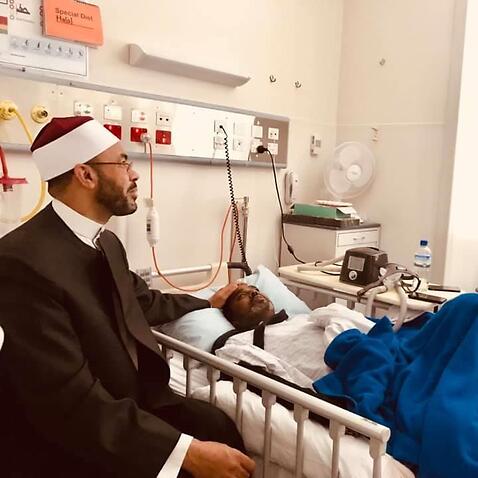 She immediately thought of her children.

“I called my daughter Salma and told her to stay at school and never leave with anyone but the police, I told her to talk to her teacher and the police.

“I also sent a message to my son Youssef’s school, telling them there is a shooting and they should keep him at school and never hand him to anyone but the police.

“I also called friends of mine, telling them to make sure my kids are OK.”

SBS News: 'These tears are not for you': Grieving daughter's brave message to Christchurch mosque terrorist

She remained in her hiding place until police arrived at the scene.

“They came and told us to come out of our hiding and follow them. They also told us not to look at the side because there was a body of a woman laying down dead.”

Ms Al-Wakil went directly to the hospital to find out what happened to her husband. She first heard the list of the injured, but his name wasn’t among them.

She later learned there was another list, so she waited. It was at this time that she became aware of a video of the atrocity that had appeared online.

“A friend of mine came and told me that there is a video online of the whole event, and as I am watching I saw the man killing Ashraf.”

Her husband’s death wasn’t officially announced until the next day. The trauma she endured on that day continues to be felt.

“Every time I go to the mosque, I see Ashraf laying down dead. Sometimes I go to the same spot where I saw him on the video, to see him again, the whole scene happens again, where he tries to escape, and the gunman shoots him dead.

"I saw the gunman killing my husband and it still haunts me."

SBS Dateline: 'We owe it to the 51 victims': How young Muslims led conversations around racism post-Christchurch

She recalls how her children reacted to the news of their father's death.

“They cried and screamed but I told them he is in a better place now.”

Ms Al-Wakil said she doesn’t feel that New Zealand is the same country she moved to 16 years ago.

“I used to tell Ashraf that New Zealand is very quiet, and he would say it doesn’t matter as long as it is safe, and this is how I used to feel back then.