Self- proclaimed "Rainbow art weaver" brings happiness to people by weaving the colours of rainbow by hand.

Yoko began the free-style weaving, when a colleague made a handloom for her using a 3D printer. Her very first creation was a mini-rainbow scarf, which was unexpectedly well-received. She decided to make more, and in the course of her pursuit, came across Japanese "Saori weaving" ”I love weaving in rainbow colours, that bring happiness and smile to everyone"
Yoko Kawabata

Unlike the  traditional hand weaving, where the weaving is done in a regular and uniform manner, "Saori-weaving" is done freely, based on one's own intuition. According to Yoko, the term "Saori-weaving" refers to weaving using a specific "Saori-weaving machine", so in principle, Yoko who does not own this machine, creates  "her own style inspired by Saori-weaving". She has coined the term, "rainbow weaving". She recalls that when she first began learning the art of weaving in Melbourne, she had unconsciously picked yarns which ultimately created the rainbow colour.

"Wearing rainbow scarf makes me happy and people who see it, is also feel uplifted"

"When people see the rainbow in the sky, it makes them happy unconditionally. I think there is a power, which is hard to describe by words"

Yoko says that the power of rainbow colours became more apparent during last year's lockdown. People who had ordered and received Yoko's hand woven items would always call her with absolute excitement.

On the other hand, Yoko says that the emotions of the weaver are unconsciously reflected in the fabric, so she only strictly weaves when she is in a good mood.

"Although you can't see anger or frustration for example, I do not want to pass on an item that contains such negative energy"

As Yoko's works are based on her intuition, they are one-of-a-kind. Yoko also cannot weave when there is a specific colour or style request. She may ask her customers to send her a few images of nature for example, and Yoko will create an item, based on her intuitive response.

Yoko is currently planning a collaborative exhibition with a Melbourne-based Mizuhiki artist- an ancient Japanese art that uses rice paper cord. The theme of this collaborative exhibition, scheduled for September in Melbourne, is "rainbow colors," "human interaction," and "ecology". Yoko aims to create a "rainbow-coloured world" , where visitors can feel the joy and happiness radiating from the seven colours of the rainbow. 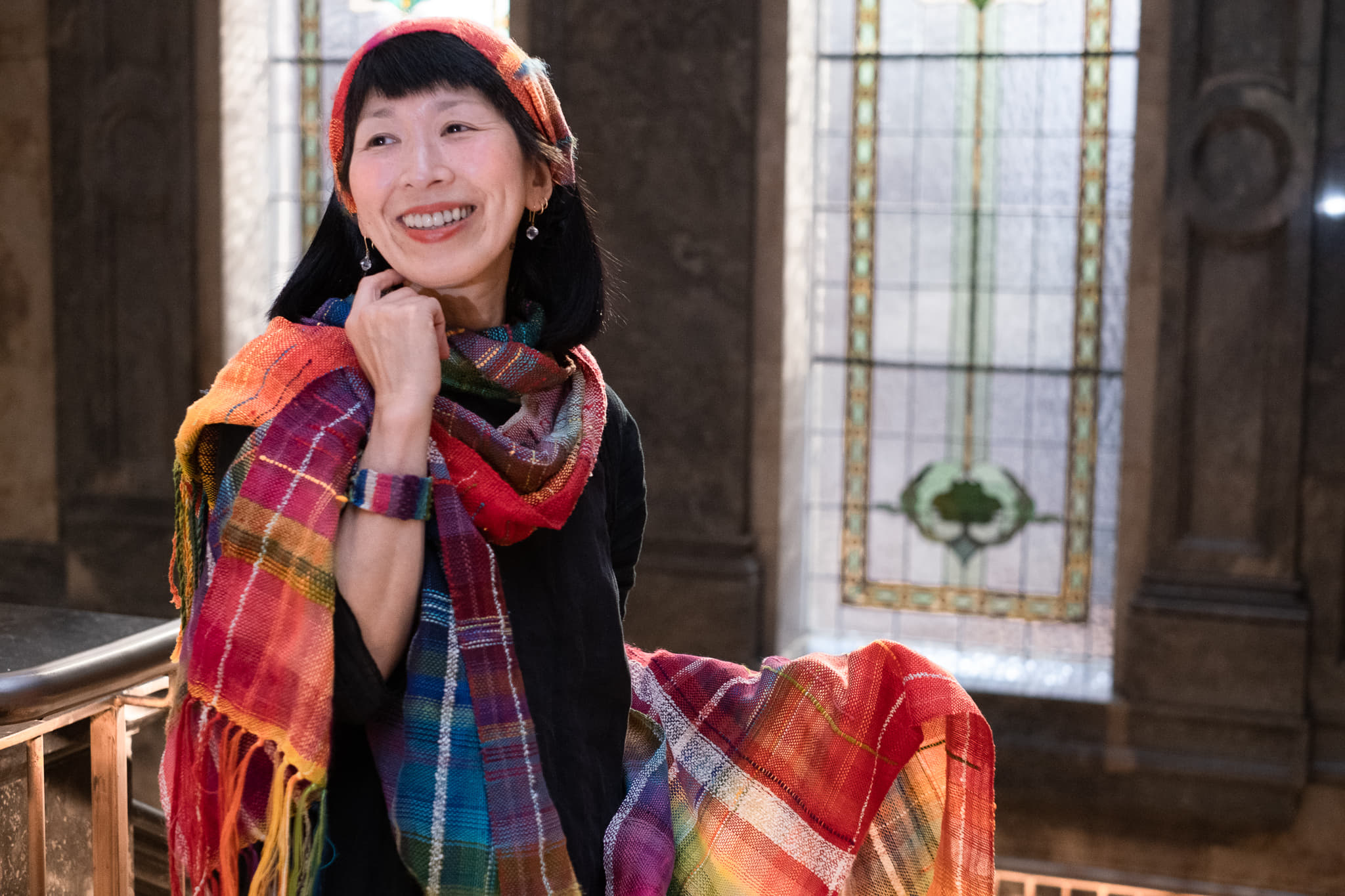