A convenience store in Sydney’s Inner West has come up with a simple way to deter customers from purchasing more toilet paper than they need during the coronavirus pandemic.

Instead of restricting the number of toilet paper packets that customers can buy, the owner of the Redfern convenience store has adopted an alternative method of deterrence.

Seeing that people were going without this essential item, Hazem Saddeh decided to place a sign on the toilet paper shelves at his store, informing customers that the price of one packet is $3.50, while the price of two packets is $99.

The sign also read "don't be greedy, think of other people".

He tells SBS Arabic24 that the store's team is trying to avoid the recent scenes from supermarkets across the country, which has subsequently left toilet paper shelves empty.

"We are not trying to reap extra profits by this, but rather, we are trying to stop the unacceptable behaviour. We want to help provide the product to all of our customers in Sydney and other areas such as Port Macquarie and Orange, who have experienced the depletion of the product,” he says.

Mr. Saddeh added that he never sold a second one for $ 99 AUD and that he wouldn't anyway.

"We are doing our best to keep it in our stock for customers. Thank god I haven’t seen any shortage of products in my store. We have toilet paper, pasta, and rice every day.

"Please just buy what you need. Don't buy for stacking up your cupboard shelves, because a lot of people are desperate to get one roll of toilet paper.” One commenter said, “this is the best idea! Are they still in stock?" while another person added, "Haha genius pricing”.

Mr Hazem says that suppliers have regrettably raised the prices of goods for direct stores, which he says is a “very sad” move, especially for those who cannot keep up.

He says he recently received an order of 400 bottles of 60 ml hand sanitizer, where the price of one bottle from the supplier reached $11. He believes that shops shouldn’t pay more than $3 for the product. 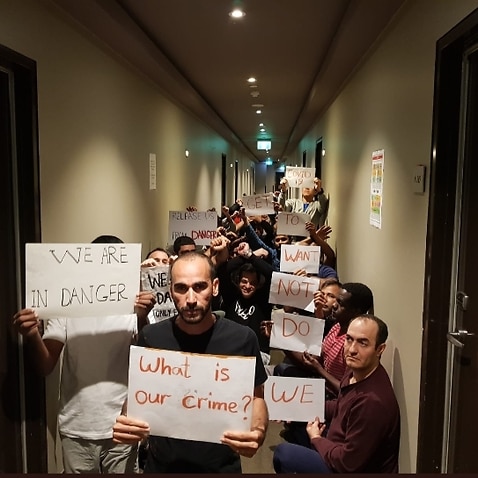 Such behaviour is “unacceptable” morally, religiously and goes against basic human morality, he says.

When toilet paper crisis started, he had enough stock then and invited followers on social media to come to the store for free rolls of toilet paper, even if they didn’t buy anything else.

"During that time, I got calls from a lot of people to thank me, and I felt proud that I could provide some help to those who needed it.

“Some told me that I am a true Australian, standing side by side to support those who need the support. Although I am originally Palestinian, I am a proud Australian too and I welcome everyone from any race, colour, religion and gender.

"I wish I could give it free for everyone. But this is difficult."