The brand aims to promote cultural diversity within Australia’s fashion industry, as well as maintaining its own cultural heritage.

“And at the same time, Ghan Fashion wants those fellow Afghans, especially Afghan women, who are working hard arranging and preparing these traditional and Ghan cloths, to have financial support, that is, to be financially independent and stable on their feet,” the mother of three said. Lida Mangal came to Australia in 2005 through a scholarship program and got her Masters degree in eCommerce from the University of Sydney.
Supplied/Lida Mangal

Ms Mangal said her designs are produced by a factory in Afghanistan that employs women.

“For example, generally the manual work of the dresses that I design is done by those women. We also have three tailor women, so there are women in manual sewing and as well as machine sewing, [we have those] who arrange and prepare the dresses.

“And of course, as the Ghan gets bigger, there are better employment opportunities for Afghan women, and instead of being needy and unemployed, Ghan Fashion will be a good platform for them to work and at the same time, be able to make a living and stand on their own two feet and have financial independence.” 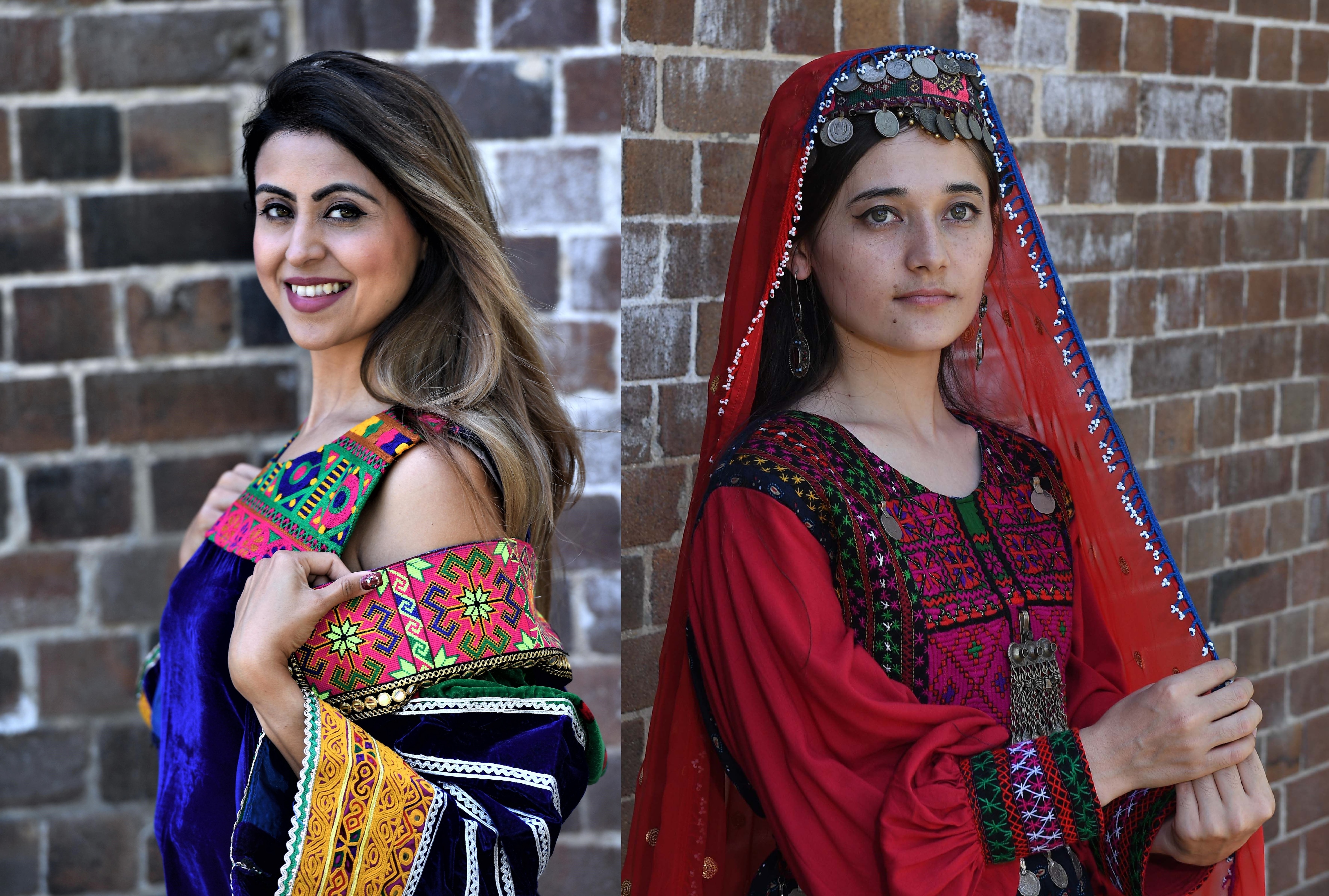 Working for an NGO during her time as a refugee in Pakistan, she helped fellow refugee women design and make their own clothes.

She said becoming a professional designer had been a dream for years.

She arrived in Australia in 2005 through a scholarship program and got her Masters degree in eCommerce from the University of Sydney. Lida Mangal said her designs are produced by women in Afghanistan.
Supplied/Lida Mangal

She also saw the need for a professional clothing brand that fulfils the needs of Australian Afghans for traditional dresses, and also promotes their culture through offering contemporary designs with an “Afghani touch” for the wider community.

“I think I felt a need in the society, especially in Sydney,” she said.

“I have attended several [multicultural] fashion shows, and unfortunately … there was no one there to represent Afghanistan, and this motivated me to be able to fill that gap.

“My goal is for us to preserve our cultural heritage and always strive to promote and strengthen it, and besides, I want us to have modern clothes that have that Afghani touch.” Ms Mangal said she always dreamed of having her own Fashion brand one day.
Supplied/Lida Mangal

Ms Mangal said she wants Ghan Fashion to be a platform where Australian Afghan women can directly contact a designer and order their dress of choice.

She also wants to strengthen the ties between Afghanistan’s different ethnic groups and show the world that Afghans love peace and beauty.

“I want to show that each of our provinces has a separate and prestigious culture and each has its own beauty,” she added.

“I intend to showcase the clothes of each province with its beauty so that I can create an alliance and solidarity between different ethnic groups such as the Hazara, Tajik, Uzbek, etc. And also show the world that we are a people who love the culture, we love clothes and we love fashion - the war has been imposed on us.”