DOWNLOAD
SUBSCRIBE
The Late Ashor Sargon Eskrya who passed away on 9/4/2021 from complications from COCID-19 Source: Provided

The news of the the death of the President of the Assyrian Aid Society, Ashur Sargon Eskrya, came like a shock to Assyrians around the world, specially those who knew him or worked with him.

The late Mr. Eskrya, a devoted member of the central committee of ADM and the President of AAS-Iraq, was known for his honesty, patriotism and also, a visionary who managed to run the Assyrian aid society projects in Northern Iraq with success. For over ten years, the late Mr. Eskrya was consistently working hard with other branches of the AAS around the world, to ensure funds are spent in the right projects that will benefit needy Assyrians in villages in the Kurdistan region.

The late Mr. Eskrya was also an advocate for Assyrian cause and has represented the nation at meetings at UN.

In march this year, he was interview by BBC about the Pope visit to Iraq, see the interview below 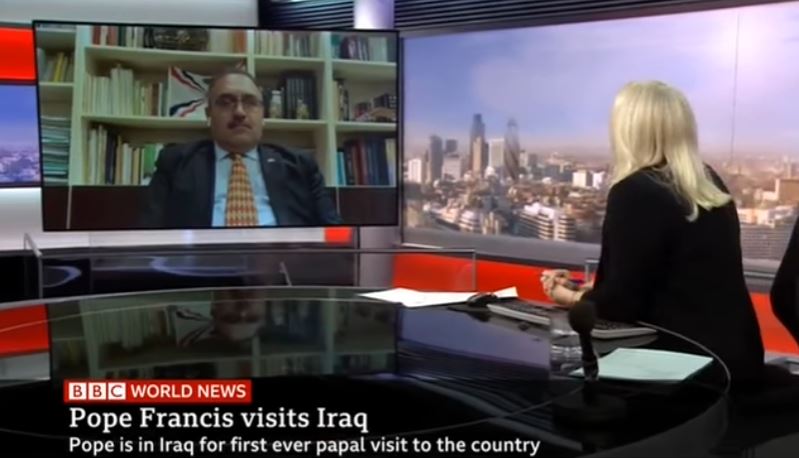 She says "at this moment,we all feel lost. He was a good leader and advisor, hopefully soon, his chair will be filled with another dedicated person that I believe will be able to carry on with the legacy of the late Mr. Eskrya and fulfill the responsibility of this important and sacred work."

The late Ashur Sargon Eskrya, passed away in hospital due to complications from COVID-19 infection at the age of 47. He leaves behind his wife Rozina, two daughters Shamiram and Birta and his son Sanharib.