Less than two months after he was released from a Melbourne immigration detention centre, Hazara asylum seeker Noor Ali Akbari is back on Australia’s frontline in the fight against coronavirus.

Soon after being released from a Melbourne Immigration Transit Accommodation (MITA), Hazara asylum seeker Noor Ali Akbari returned to his old job as an emergency support worker at Dandenong Hospital.

Placed in detention in mid-2018, the 24-year-old was released on a one-year bridging visa in late January.

Mr Akbari fled ethnic persecution in the Pakistani city of Quetta in 2012 when he was 16.

He says his protection claim in Australia has been rejected five times over the past seven years. 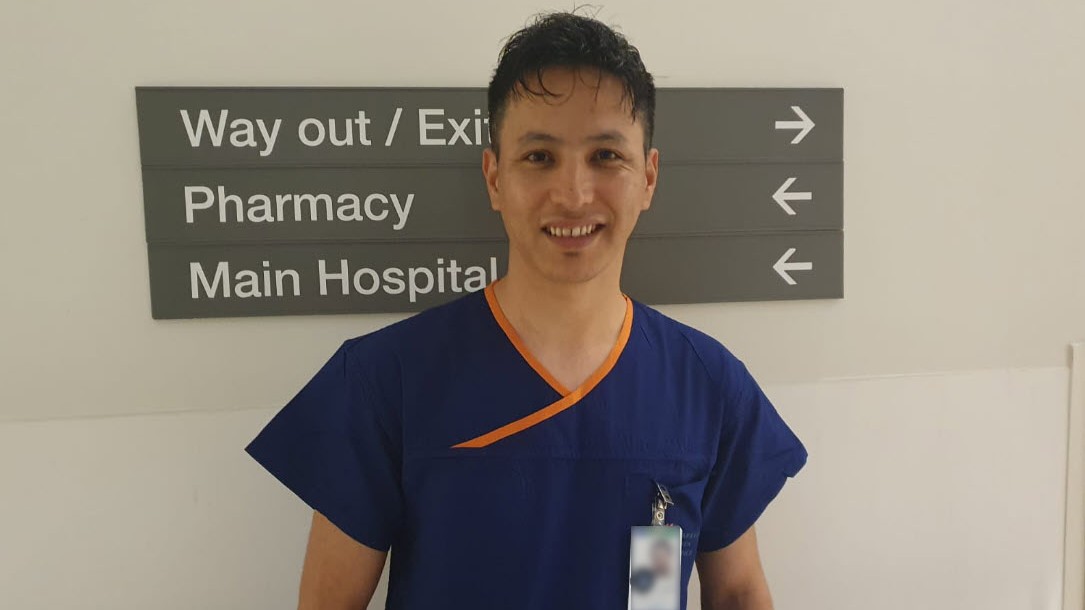 Noor says it was his good record which helped him return to his job at the hospital.
Supplied

After entering Australia by boat and spending time in detention, he was placed into community detention for three years before obtaining a three-year humanitarian concern visa. He was again placed in detention when the humanitarian visa expired.

He says it was his good record which helped him return to his job at the hospital. 'Seven years in limbo': the man who tried to self harm at a Melbourne detention facility

“In Dandenong Hospital where I worked [before going back into detention] I had very good feedback from my manager and had a good relationship with colleagues, and I tried hard to do my job properly,” he says.

“From the day I started about a month ago and because I work in the emergency zone, we deal with coronavirus patients every day.”

Mr Akbari says many people he spent time with while inside the Melbourne Immigration Transit Accommodation are highly educated and skilled, but they don’t get the chance to be “free and serve the Australian community”.

“If they get released … particularly at this time when people needed emergency services, they can work and serve.

“I feel sorry that people with very high skills and education don’t get a visa and don’t get released.” Noor says he’d hoped for a visa that would allowed him to study.
Supplied

During his first three years in community detention, Mr Akbari says he developed depression and anxiety and on the request of his doctors, he was issued with a three-year humanitarian concern visa.

He says he had hoped for a visa with study rights so that he could pursue his goal of studying cybersecurity, something he had planned before being taken back into detention.

“It’s been eight years of hoping to be able to study, but it’s impossible, they don’t give me a visa which I can study with.

“When I was released from detention, I was extremely happy, and I was thinking about making progress and studying this time.”

With the “trauma” he says he endured by being in detention, he says after finding out he didn’t have the right to study on his current visa, he became depressed and anxious. 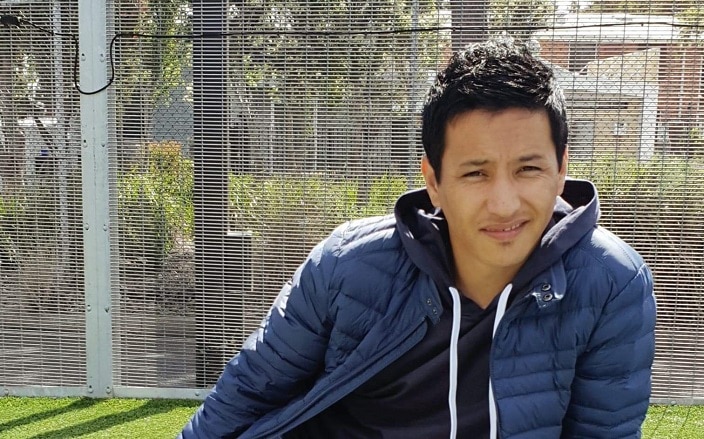 He says he still faces an uncertain future and has no idea what will happen to him after his visa expires in nine months’ time.
Supplied

“I worked with health professionals and my psychiatrist, and my [mental] health improved, and day by day I felt better.”

While thousands of businesses are out of business due to the government’s coronavirus restrictions, Mr Akbari says asylum seekers are being released from detention with no financial support and access to welfare.

“From the day I got out of detention centre, I was told you’re not allowed to get paid by Centrelink, I wasn’t given any financial support,” he says.

With no money to pay for rent and food, he was lucky enough to receive free accommodation from a friend.

But he believes that asylum seekers who get released from detention during the pandemic wouldn’t be able to survive on their own.

Although Mr Akbari says he is “happy” to be free, he says he still faces an uncertain future and has no idea what will happen to him after his visa expires in nine months’ time.