Australian-style cafes are getting more and more popular in the French capital.

If you’re looking for the trendiest brunch place in Paris at the moment, you might think that Holybelly looks a lot like a Melbourne café: amazing coffee, creative dishes and a funky decor.

You wouldn’t be wrong either: owners Nico Alary and Sarah Mouchot might be French, but they were inspired to open their café while in Australia.

A far cry from the cliché of the bad Parisian coffee. “When we got back from Australia, there were a few third-wave coffee shops, but in the last year, more have opened,” Nico Alary tells SBS French.

"I think people here are hungry for this kind of place where you can try great coffees, from different origins."

What makes a cafe uniquely 'Australian'?

Eggs, avocado on toast and granola are still fairly new on the Parisian brunch scene. The typical French breakfast used to be a croissant, a tartine (a toasted piece of bread with a spread like jam or butter) or yogurt and fruits.

Australians might also be surprised to learn that up until recently, France did not have the best reputation for coffee.

Now though, the third-wave coffee movement spearheaded from down under is opening locals' eyes to the opportunity to view the brown bean as an artisanal food-stuff - much like the country's grand culinary tradition, going back hundreds of years, of doing the same with fine foods and wine.

Melbourne institution, Hardware Société has also opened a second location in Paris last year, where they serve their French-Australian breakfasts.

There are a few other Australian-owned cafés, like Honor Cafe, but the "Australian café" is not so much about being owned by Australians, but more about taking inspiration from the third-wave coffee and brunch scene here.

KB CaféShop and Ten Belles were also opened by French people inspired by their travels to Australia, while Coutume, O Coffeeshop and Café Lomi are the work of French–Australian duos.

The couple behind Holybelly have based their menu on the concept of the eggs and sides, but also offer more elaborate dishes like the savoury stack (Pancakes with fried eggs, bacon, Bourbon butter and maple syrup) and specials like hummus with roasted red peppers, grilled zucchinis, sheep milk cheese, poached eggs and dukkah.

We’re in Paris though so Holybelly still has many French touches, using bread from famous bakery Du Pain et des Idées (a few doors down) and opening later than its Australian counterparts.

“We serve breakfast from 9am. There’s no point starting earlier, because in Paris, people wake up later than in Melbourne,” said Sarah Mouchot, laughing.

Though you might encounter an Australian or two while eating at Holybelly, the café is also loved by the French and tourists from all over the world who sometimes line up for hours to eat there.

Luckily, Nico and Sarah have opened a second location, on the same street, earlier this year. Forget food trucks - in France, it's now all about wine trucks 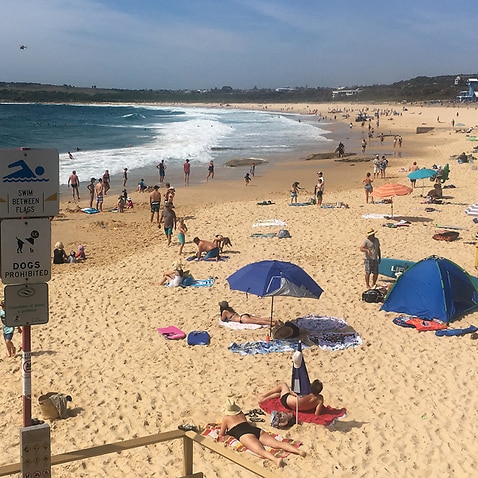 Who are the French speakers of Australia? 'Pain au chocolat' or 'chocolatine?' What do the French actually consider correct?