Cristina Palma and Mariama Diallo are the first couple to take on the Bulgarian Government and win recognition of their same-sex marriage.

In a historic first for Bulgaria, a same-sex couple has won a lawsuit against the government to gain recognition of their same-sex marriage.

Cristina Palma from Australia started legal proceedings after her Bulgarian residency request was rejected, despite her being married to a citizen of the European Union.

Bulgaria is one of the few countries in the EU that doesn’t recognise same-sex unions, even for couples married in other EU countries.

The couple took on the case for immigration reasons rather than civil status, but they hope the historic ruling "opens the door to the debate in Bulgaria".

"If the country can recognise the same-sex marriage of non-Bulgarian people, why can’t this also apply for people of their own country?” Ms Diallo told SBS Spanish.

Chilean-Australian Ms Palma, 50, met her French wife Mariama Diallo, 40, in Sydney 15 years ago. They legally married in France in 2016, then settled in Bulgaria shortly afterwards. A year later, Ms Palma's application to continue her Bulgarian residency was rejected.

The couple appealed to an Administrative Court in Sofia, Bulgaria’s capital city, and won their case on June 29.

Following the historic decision, Ms Palma joked on social media that she and her partner had been "voluntarily outed in the Bulgarian media", but added their legal battle "was important to do it".

"Not only for us, but because it creates a precedent to all those same-sex married couples whose partner is not a EU citizen," she wrote. "They must have the same rights to mobility as heterosexual couples do."

"One can only feel a sense of pride and victory when [one] has managed to break through the walls of intolerance."

Not the first and unlikely to be the last

Ms Palma and Ms Diallo were not the first couple to sue the Bulgarian Government over its refusal to recognise a same-sex union, but they were the first to win.

In December 2017, two Bulgarian citizens, Lilia Babulkova and her wife (who wished to be identified as ‘DK’), launched a legal battle to have their marital status listed on their identification cards. The women married in the United Kingdom in 2016.

“We do not want to provoke anyone, nor do we like it, we just want to have our place that is not swept under the carpet,” Ms Babulkova told the Croatian TV network NovaTV.

The couple lost their case and were ordered to pay a remuneration sum to the Sofia Municipality for its legal counsel.

A few weeks later, the European Court of Justice ruled that all EU countries had to recognise same-sex spouses even if the government had not authorised gay marriage.

The move was hailed as a huge step forward for equal rights. A few months later in June, LGBTIQ rights reached another milestone when the ECJ determined that “spouse” was a gender-neutral term that applied to any person joined to another person by marriage. Bulgaria is one of six EU member states – along with Poland, Slovakia, Romania, Lithuania and Latvia – that do not legally recognise same-sex relationships. Same-sex couples cannot adopt children together in the Balkan country, and hate crimes based on homophobia and transphobia are not recognised by the Bulgarian Penal code.

Despite the discrimination LGBTIQ people face in Bulgaria, for the past decade Sofia has held an annual gay pride march in June. On June 9, 2018, the demonstration drew a crowd of thousands.

Among them were Australian-French couple, Ms Palma and Ms Diallo, and also the Bulgarian couple, Ms Babulkova and DK  - the only two same-sex couples to ever sue Bulgaria for not recognising their marriages.

"I don’t take it for granted that we were given this victory... but I do recognise this step as a little victory [that] may be ... a little window to the recognition of Lilly [Babulkova] and [DK's] sacred union," Ms Palma said. 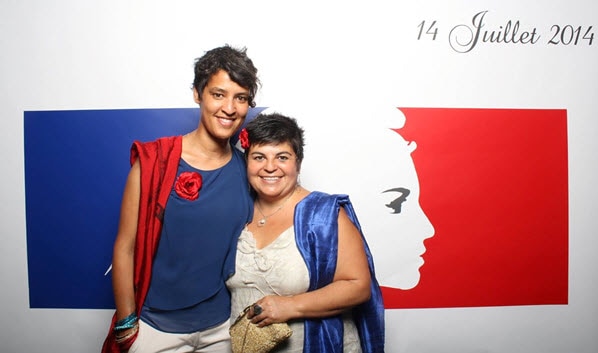 Despite being the first same-sex couple to have their marriage legally recognised in Bulgaria, Ms Palma and Ms Diallo said in seven years of living intermittently in the country, they had never experienced homophobia or discrimination from Bulgarians.

“The biggest contradiction is that in the seven years that we’ve been traveling to and from Bulgaria, until we decided to stay, we had never felt any discrimination," Ms Palma told SBS Spanish.

"We have felt it more in France and other countries where homosexual acceptance is supposedly strong, but not here.”

The couple hopes their own legal victory will be a watershed moment for LGBTIQ rights in Bulgaria, where in Sofia especially, there is a lot of support for equal rights.

"Obviously, there’s pressure from religious people, or of the extreme right, but this happens in all countries and it’s difficult for local people," Ms Palma said.

"However, in Sofia the new generation has a different attitude.... [Most] Bulgarian people have a good heart."

The French-Australian couple were unable to be in Australia when it legalised same-sex marriage in late 2017, but they were understandably delighted by the win.

“I was very happy but I would have loved to be there, fighting the fight that the LGTBIQ movement had to fight to legalise this," Ms Palma said.

"So now this development in Bulgaria has been healing for us." 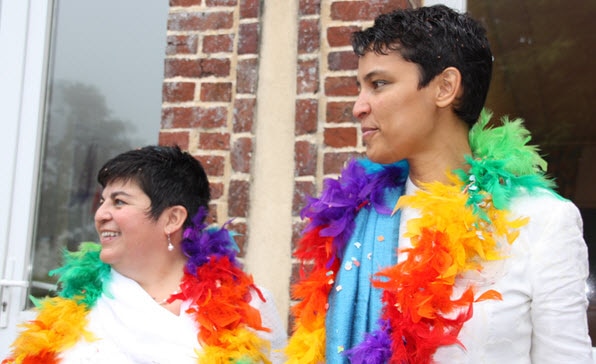