Khatera Hashemi was just three months into her dream job when she was savagely shot and stabbed in an attack police believe was orchestrated by her father.

As fighting intensifies across Afghanistan, the freedoms and future prospects of women and young girls continue to loom large especially as US forces prepare to withdraw on September 11.

Speaking to SBS Pashto and SBS Dateline from India, former Afghan police officer Khatera Hashemi said she knows firsthand the difficulties that females face in her homeland after she was attacked and left for dead on June 7, 2020.

Two months pregnant at the time, she was three months into her job with the Criminal Investigation Department in the southeastern city of Ghazni when she was attacked by a group of suspected Taliban fighters as she walked back to the station.

“Two of them had guns. When they shot me, I got hit by a bullet in my back and my arm, but I was still standing,” she recalled.

“When a bullet hit me over my head, I was in shock and didn't know what was happening, and I fell on the ground.”

The attack on the 32-year-old continued as the masked men struck her in the face with a knife which resulted in her losing sight in both eyes.

Luckily her baby survived the attack, and she went on to give birth in India months later. 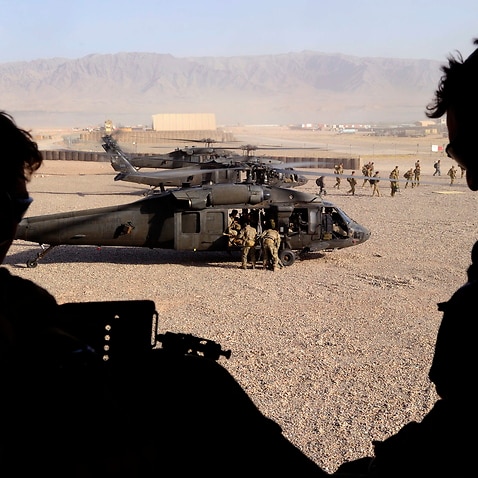 Australia might be returning to Afghanistan, but what will it do there?

Prior to the attack, her husband Mohammad Nabi received “several threat calls” over plans the couple had to relocate to Kabul and he was in the capital making arrangements on the day his wife was ambushed.

“The senior officer at the Criminal Investigation Department told me that it’s not safe for you and that you should go to Kabul and work there [as a policewoman],” she said.

Ms Hashemi recalled that her attackers spoke the local language, but she was unable to identify them.

A subsequent police investigation revealed that it was in fact her father – who had close links to the Taliban in the area – who orchestrated the attack.

He was later arrested for his part in the attack and remains behind bars.

Her father's involvement was something Ms Hashemi said was initially unimaginable.

“After [the investigations], I became convinced that my father did this through the Taliban.

My father had warned me many times not to do the police work, but I thought it would be just an argument, and I had a similar argument with my husband too, but I was attacked even before getting my first salary.

Ms Hashemi said her husband eventually became very supportive of her job before their marriage.

He said he supported her wishes to “serve people, the community and raise the voice for women”.

“She said to me that if I am getting married to her, I must promise that she can do her job after the marriage," Mr Nabi explained.

“She got the job, worked for three months, and then she got injured.”

More than a year after the attack, Ms Hashemi said she’s “disappointed in the world” because she's unable to continue her passion to serve her country and support women who lost their sons and husbands.

“When I was looking at those women, then I was saying that I would definitely do my job.

“I would support such women, orphans and widows, but now when I think about it, I wish I had served someone a little more, although now I cannot do anything.” 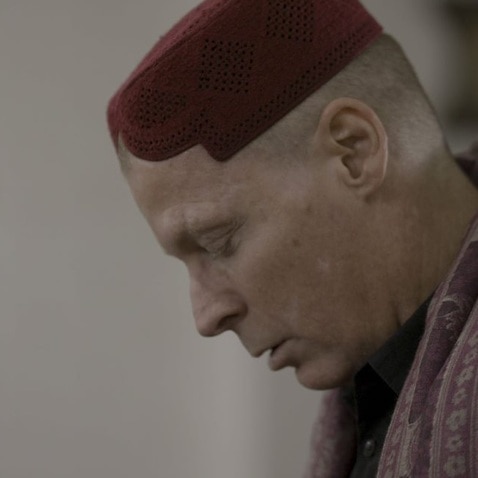 '[Taliban] will cut my legs'

Ms Hashemi and her husband travelled to India on November 2 with hopes to have her sight restored, but her dreams were soon shattered.

Amid the deteriorating security situation in Afghanistan, the couple successfully applied for asylum through the United Nations High Commissioner for Refugees (UNHCR) on November 26.

They hope to be resettled in a third country like Australia or Canada. 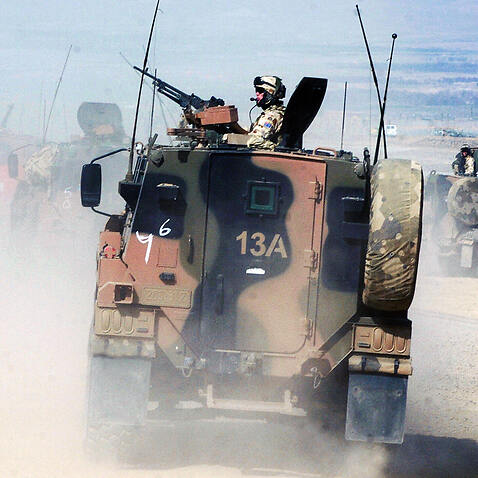 Ms Hashemi holds fears for her five children in Afghanistan, who are receiving threatening calls from unknown people.

“They say that we are receiving calls, and they are asking if their father and mother have returned home,” she said.

“When we heard about these phone calls, we stayed here because of a lot of fear. I was saying that now I have only lost my eyes and I can walk, but if I go back [to Afghanistan], [the Taliban] will cut my legs.”

He's calling for greater assistance from the UNHCR to improve their living conditions.

"The United Nations High Commissioner for Refugees does not pay attention to the Afghan refugees in India, and they are careless," he said.

“The only way for us to raise the voice of this sister is through the media.

“This woman should be supported, as she has lost her eyesight and the embassy is well aware that UNHCR is very careless about Afghans and does not pay attention, this sister is proof of that.”

When asked about the case, a UNHCR spokesperson told SBS Pashto the agency “provides support to people seeking international protection in line with its mandate. For confidentiality and protection reasons we do not provide information on any individual cases".

Amnesty International Australia Campaigner Nikita White said her organisation is “concerned that Afghanistan is drifting towards an outcome that threatens to undo more than twenty years of progress for women and girls”.

“Under Taliban rule from 1996-2001, Afghan women were subjected to severe restrictions including being banned from working outside the home and appearing in public without a close male relative," she said.

“Women and girls were further denied access to education and had limited access to healthcare. These restrictions still invariably apply to women in areas currently controlled by the Taliban.” 'My kids will be free': Dozens of Afghans who worked with the ADF arrive in Australia

Ms White said Amnesty has joined a number of other organisations in calling for the United Nations to "establish a Fact-Finding Mission in Afghanistan, as requested by the Afghanistan Independent Human Rights Commission (AIHRC) to investigate attacks on Hazaras and other religious minorities, attacks on women and girls, and targeted killings of human rights defenders and other civilians".

“Additionally, we’re calling on the Australian government to fast-track protection visas for all locally engaged Afghan civilians that worked with Australian personnel.

“Decisions concerning protection visas must be made with regard to the threat to their lives stemming from their involvement with Australia, and not according to their employment status.

“These staff, who have put their lives on the line to support Australian men and women, now fear retaliation from the Taliban and face significant threats to their safety."