Between red eggs, fireworks and different dates Greek Easter or 'Pascha' is a distinctly different affair than the Easter many Australians are accustomed to.

Why is Orthodox Easter celebrated on a different day?

In 2022, Orthodox Easter Sunday falls on 24 April just a week after Western churches celebrate the holiday.

The date on which Easter falls depends entirely on the calendar followed by each variety of Christianity. Western Churches, typically Protestant or Catholic, use the Gregorian calendar, which is the standard calendar for much of the world.

However, the Orthodox Church follows the older Julian calendar, which often sets Orthodox Easter later than when Western Churches celebrate it.

Sometimes both Easter celebrations are held on the same date, but Orthodox Easter tends to come a week or so after the Catholic/Protestant Easter, and can even arrive up to five weeks later. 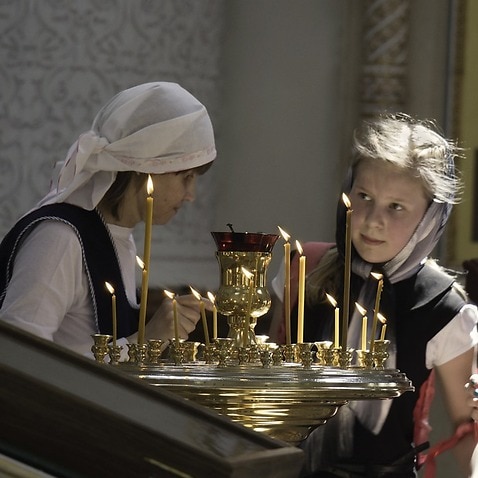 Orthodox Easter: Who celebrates in Australia and why it's on a different date

What is 'Holy Week'?

Holy Week is something more than significant for Orthodox Christians. This week’s meditation invites people to prepare themselves to celebrate Jesus Christ’s resurrection. According to tradition, people try to abstain from meat and its byproducts at that time. 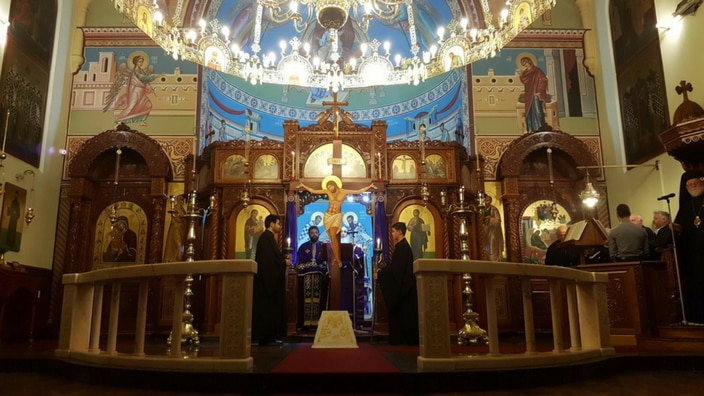 The truth is that nowadays, most young people follow their normal diet during these days.

However, some of them try to keep this tradition of fasting alive. For the most part, it’s a matter of one’s religious beliefs yet everyone enjoys the very typical religious traditions of Easter time. Why are the eggs red?

On the Thursday before Easter or 'Megali Pempti' Greeks dye their eggs red. Unlike Easter eggs in other countries, Greek Easter eggs are only found in red, symbolising the blood of Christ, and they are never made of chocolate.

The dyed eggs are not supposed to be consumed until Sunday when an Easter bread called ‘Tsoureki’ and special Easter cookies 'koulouria' are also baked. What happens on Good Friday?

The ‘Megali Paraskevi’ or Holy Friday, is a sad and quiet day for religious Greeks. You will hear Orthodox Church bells ringing from the early morning lamenting Christ's death. There are no parties or happy music playing on Greek radio or TV. The use of hammers, nails or needles is also avoided, due to potential references to crucifixion.

In the evening of Holy Friday, a symbolic funeral procession is held. People are silent and carry candles. This procession is a very special and sombre event to experience.

And on Saturday? Why are there fireworks?

On the night of Easter Saturday, people attend church wearing formal clothing and holding their personal votive candles. Godmothers and godfathers are the ones who usually buy candles for kids. The Saturday night mass is another uniquely sombre experience.

The church is dark while hymns are sung and a sequence of spiritual moments contributes to a mystical atmosphere, as people await news of the resurrection of Christ. Good Saturday - "Come and get the Light"
Supplied

The peak of the night comes at around midnight when the priest comes out of the chancel holding the holy light to share with enthusiastic believers.

He presents the holy light singing, 'Come and get the light!'

The atmosphere becomes festive quickly and the sky is lit up by fireworks. After attending the religious ritual, people return home and dine with their families.

What is eaten on Easter Sunday? On Sunday, a luscious feast awaits as extended family gathers. An atypical dish at Greek Easter is spit-roasted lamb, alongside delicious traditional sides. ‘Tsiknopempti’: Why do Greek Orthodox Christians have a meat feast day?

Each person at the feast chooses a blood-red egg and taps it against someone else's. The eggs symbolise Christ's tomb in this moment, and their cracking symbolises his Resurrection.

While clinking each other’s eggs, religious Greeks tell each other, 'Christos Anesti' (Christ has Risen), and reply, 'Alithos Anesti' (He has indeed risen).

The last person holding an uncracked egg is said to enjoy good luck in the following year. 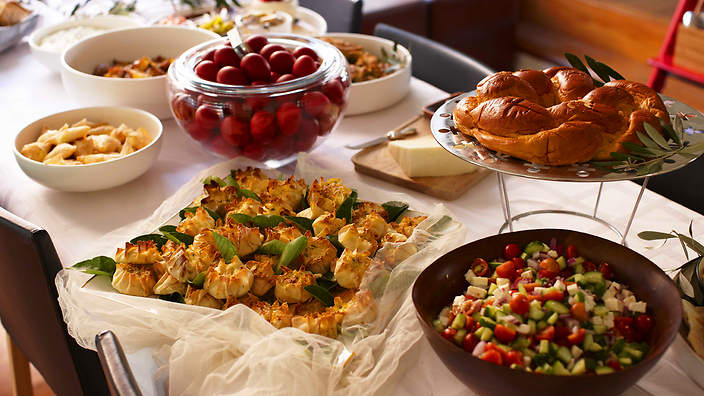 On easter Sunday, a lucious table awaits as the extended family gathers
Supplied