Inspired by a combination of entrepreneurial hunger and a nostalgia for a taste of home, Brisbane-based Russian migrants Sergey Sinitsyn and Mark Pchelnikov are bringing the unique live-cultured Russian drink to the Australian market with their brand 'Living Craftworks'.

It was one of those lazy hot summer afternoons on a Brisbane balcony when Sergey Sinitsyn and Mark Pchelnikov both realised it was time to quench their thirst for 'kvass': a cold, foamy, amber coloured liquid that combines with low alcohol and a bit of carbonation to make the sweet and sour traditional Russian drink.

Kvass is not very famous outside of Russia (CIS), but those who try it usually love the drink at once comparing it to Coca-Cola and beer.

"In Australia, we usually explain it as a healthy version of Coke," Pchelnikov tells SBS Russian.

The increasingly popular kombucha is often a reference point for kvass too. Both live-cultured drinks, they are rich in probiotics. Sergey says he uses it to replenish the body after sport exercise.

"It is a healthy drink. I substituted my energetic drinks for after exercise with live kvass. It has quickly digestible carbs and it  restores your power," Sinitsyn says. Living Craftworks founder Sergey Sinitsyn and a friend rehydrate with a glass of 11:11 Kvass after a workout
Supplied - SBS Russian

Listen to the pair's full interview (in Russian) with SBS Russian:

A popular Russian drink is having a go in Australia
Embed Download
00:00 00:00

Kvass is a fermented beverage with traces of alcohol and, according to the historic documents, people enjoyed it as early as 1000 AD.

The name kvass comes from the Russian verb "kvasit," which literally means "to ferment."

Worried Australian consumers might find the name 'kvass' too foreign, the entrepreneurs are marketing the drink here under the name 'Living Craftworks' -  staying abreast of the growing trend for craft-brewed beverages down under.

For their Living Craftworks brew, Sinitsyn and Pchelnikov have started with two classic recipes, which they've named 11:11 Classic Rye and 11:11 Honey.

From an idea to the jar

It took two years from when first conceiving the idea to brewing their first jar in their custom-built brewery.

As with almost every new business, this start-up was not without its challenges.

One was importing all the different parts required to brew, ferment and store the drink from various different countries, clear them through customs and get them to work.

They brought the brewing equipment from Kvass motherland, Russia, and the fridge from China. 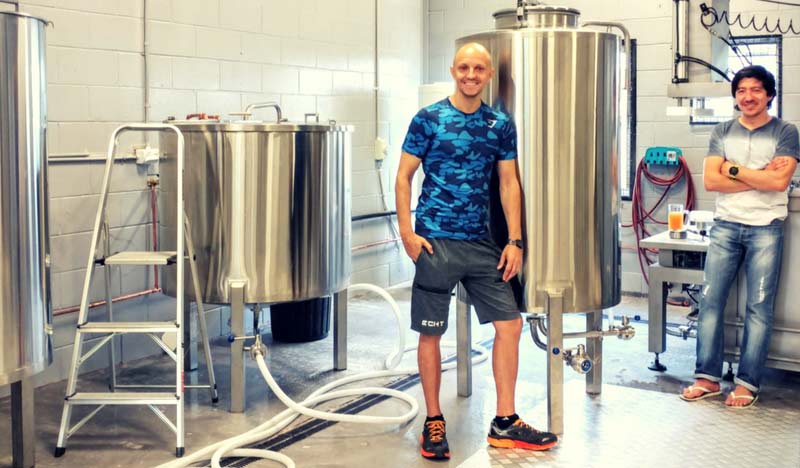 "We almost lost our first batch of Kvass!" says Sinitsyn.

"We had our first 500 litres all ready to go into the fridge for fermentation and the fridge just stopped working."

"Imagine us - running around not knowing where to put this amount of drink and fearing it would go sour." 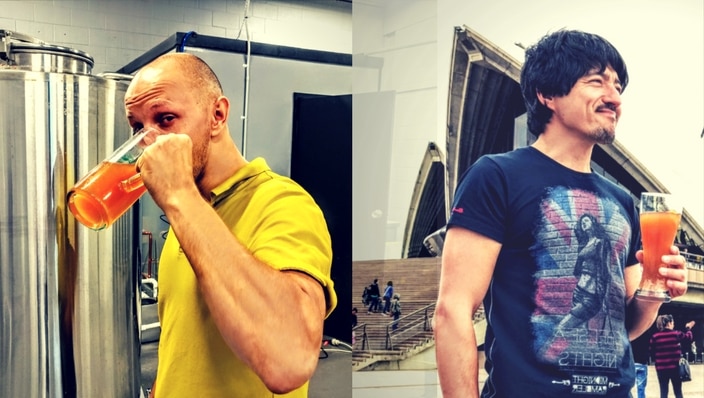 Mark explains that 'live' Kvass is very different to the bottled version of the drink, which requires many preservatives to prolong its lifespan.

"The lifetime of our drink is only 20 days," he says. "Unlike the popular carbonated drinks, it can’t stay on the supermarket shelves forever or it will lose its health qualities and the purpose of it altogether."

The short lifespan  of the drink that complicates the delivery but retains better nutrition aspects. At the moment live thirst-quencher Kvass is produced only in Brisbane and can be found at local markets.

As this video suggests, for now the entrepreneurs just travel Kvass to Sydney with a seagull blessing them for, as they believe, perhaps bright future.

As for plans to expand Mark says, "We thought of a smaller scale [operation] at first."

"But now seeing how chirpy people in other major cities are about the drink, we plan to open Kvass breweries in Sydney and Melbourne."

According to Mark and Sergey, Australia is a great place to explore new opportunities and 'find a better you.'

They say the numerology 11:11 in the name of their drinks stands for luck, which they will equally divide between the two of them as they continue to grow their brand.

Related: Stream Michael Mosley: Guts now at SBS OnDemand. What's really going on inside your stomach? In this program, Dr Michael Mosley offers up his own guts to find out.