A Hazara asylum seeker who has been living inside a Melbourne immigration detention centre for more than four years says he turns the negative thoughts of his detention into positives through art.

Naser Moradi is a Hazara asylum seeker from Afghanistan whose paintings are currently being exhibited at Scots Uniting Church in Melbourne’s Heidelberg.

Mr Moradi is a self-taught amateur artist who has used his almost four-and-half years inside the Melbourne Immigration Transit Accommodation (MITA) to learn how to paint. He has so far created more than 150 artworks.

His paintings are being displayed at the church as part of the 'Uniting Humanity' exhibition, which is open until September 14. 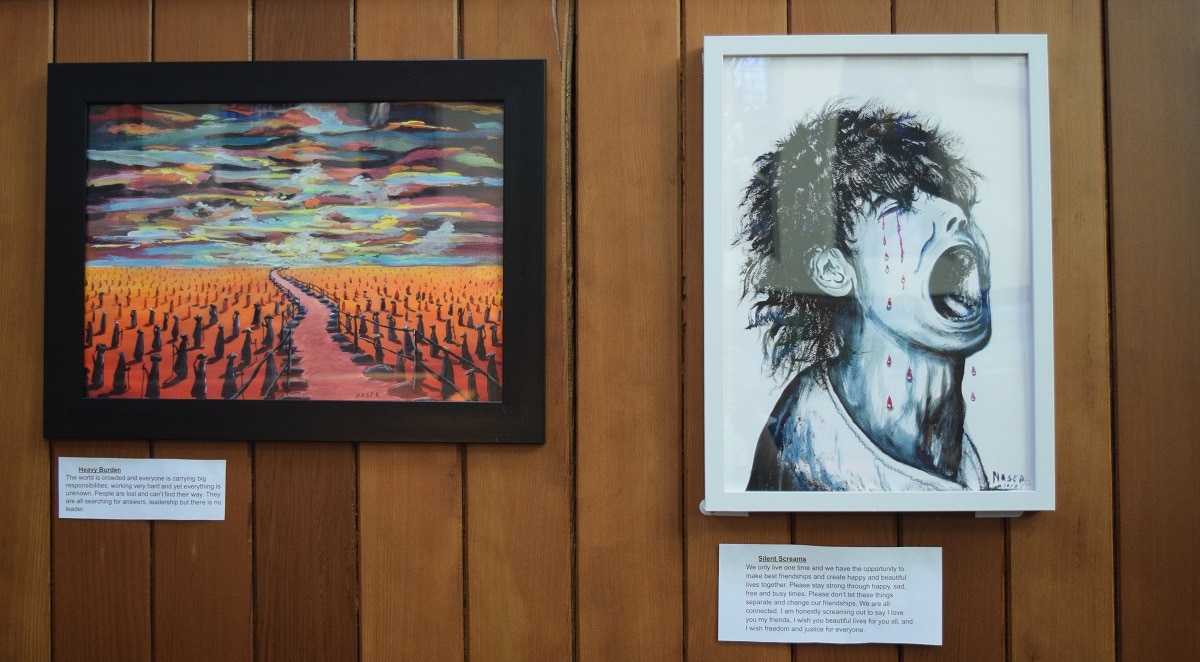 His artworks focus on ‘fate, hope, despair’, as well as landscapes and nature.

“Through my paintings, I want to both express the difficult situation [in detention] and build a way out of detention, and I don’t want to, for example, use the negative time in a negative way,” the 32-year-old father of one tells SBS Dari.

“In a time that is very hard and I have negative thoughts in my head, I try to be a positive person. About 150 of Naser's paintings are in display at Scots Uniting Church.
SBS Dari

“In a really hard time, I didn’t want to… just sit and sorrow.”

“Each of his paintings reveals an opportunity for a connection with the general public, to connect to a real person, to a human, not an asylum seeker, not a refugee, a human who has a huge heart, who has a huge amount of compassion for all people with their suffering,” Ms Walsh said. “From what I know about Naser, his paintings are … an opportunity to express how he is feeling in detention and to share how asylum seekers are feeling, and to share their story, to reach out to the wider community, to people that might not get a chance to meet an asylum seeker.

“I don’t think anyone could come in here and walk out of here the same.”

Ms Walsh who visits Mr Moradi together with her two young children says they consider him as their family member and describes him as “probably the kindest, most sensitive, spiritual human being I have ever met”.

Mr Moradi says due to the support and positive messages he receives from the community and those who have seen his artworks, he has never given up hope of one day leaving detention.

His paintings have been exhibited on seven occasions at various places, and so far he says has received more than a thousand letters from people who have seen them.

His message for all people living in harsh conditions is to “never lose their hope”. 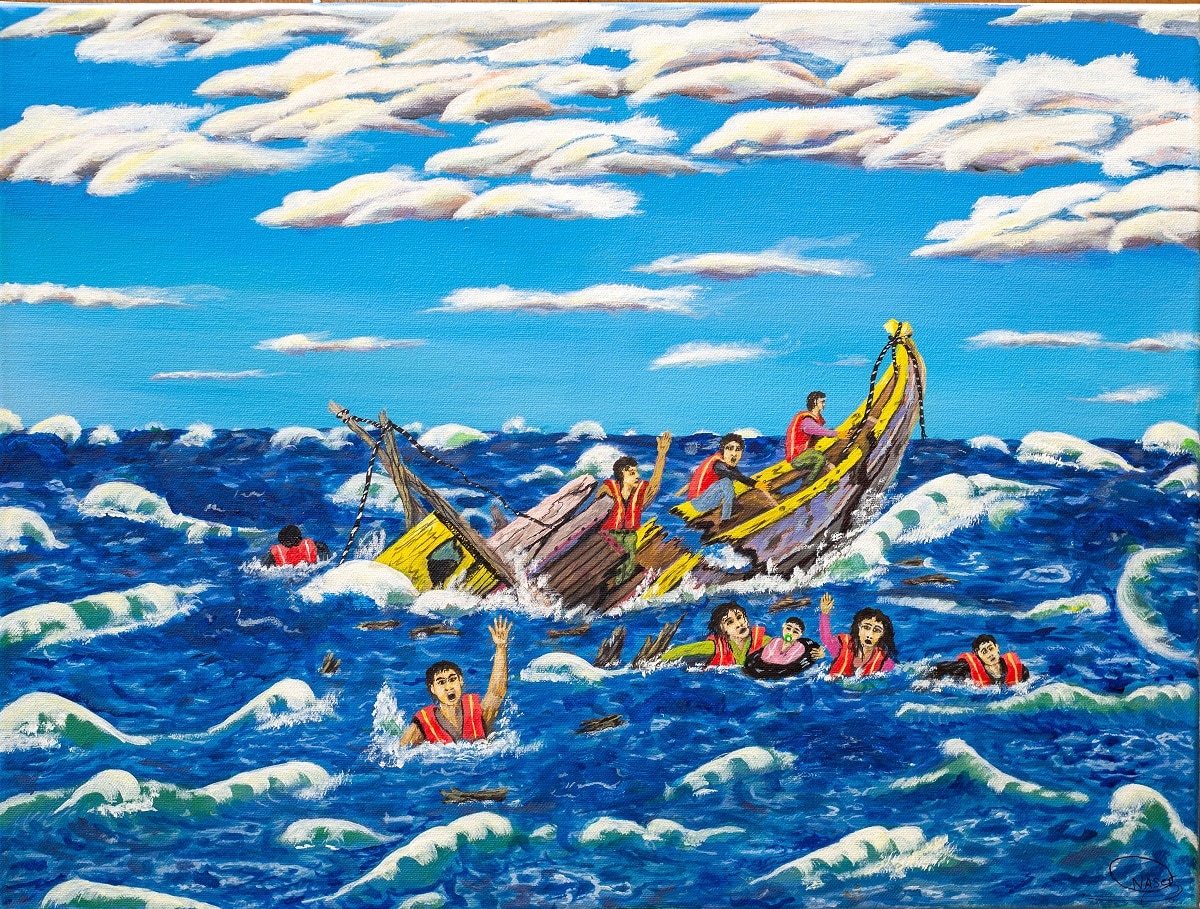 12 Days in the Sea
Supplied 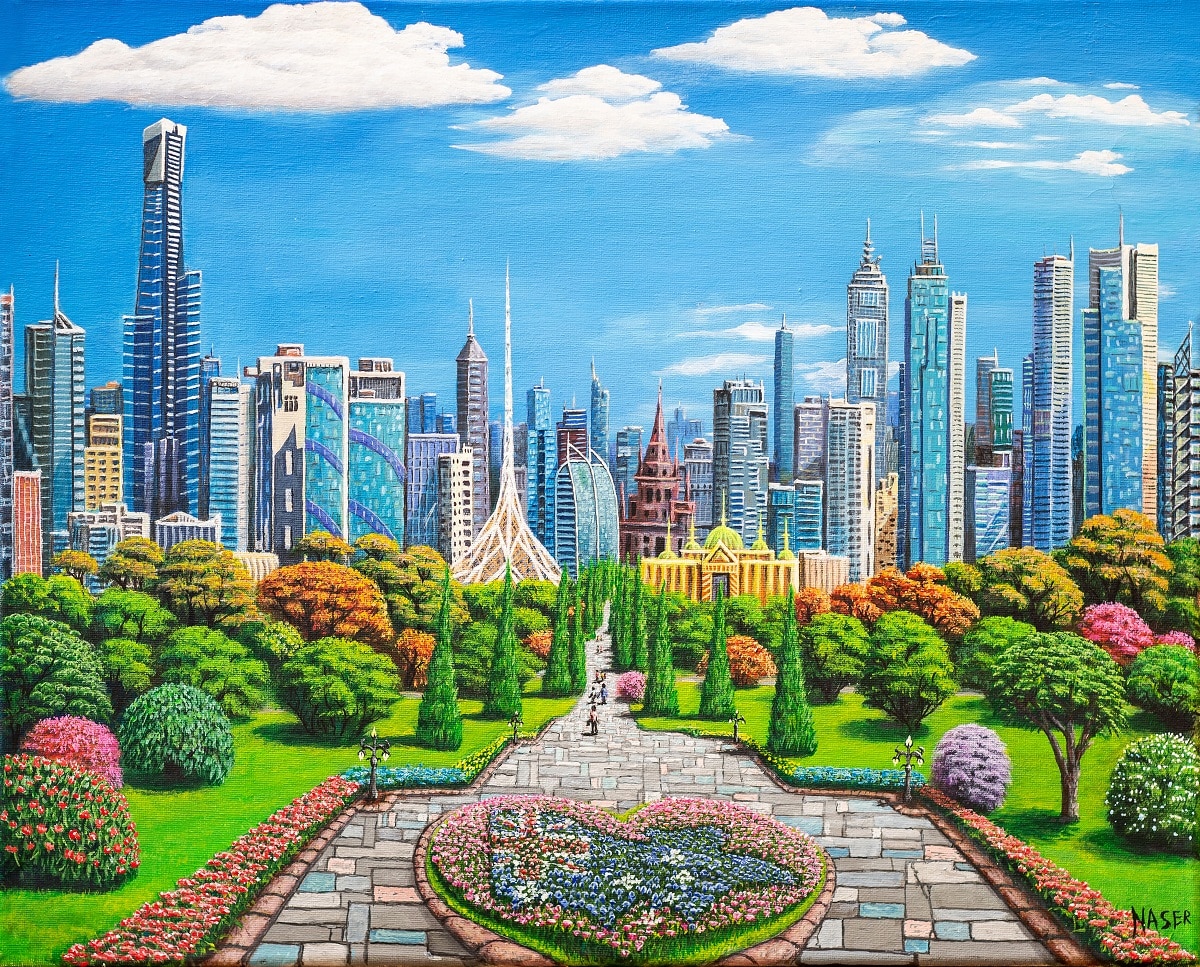 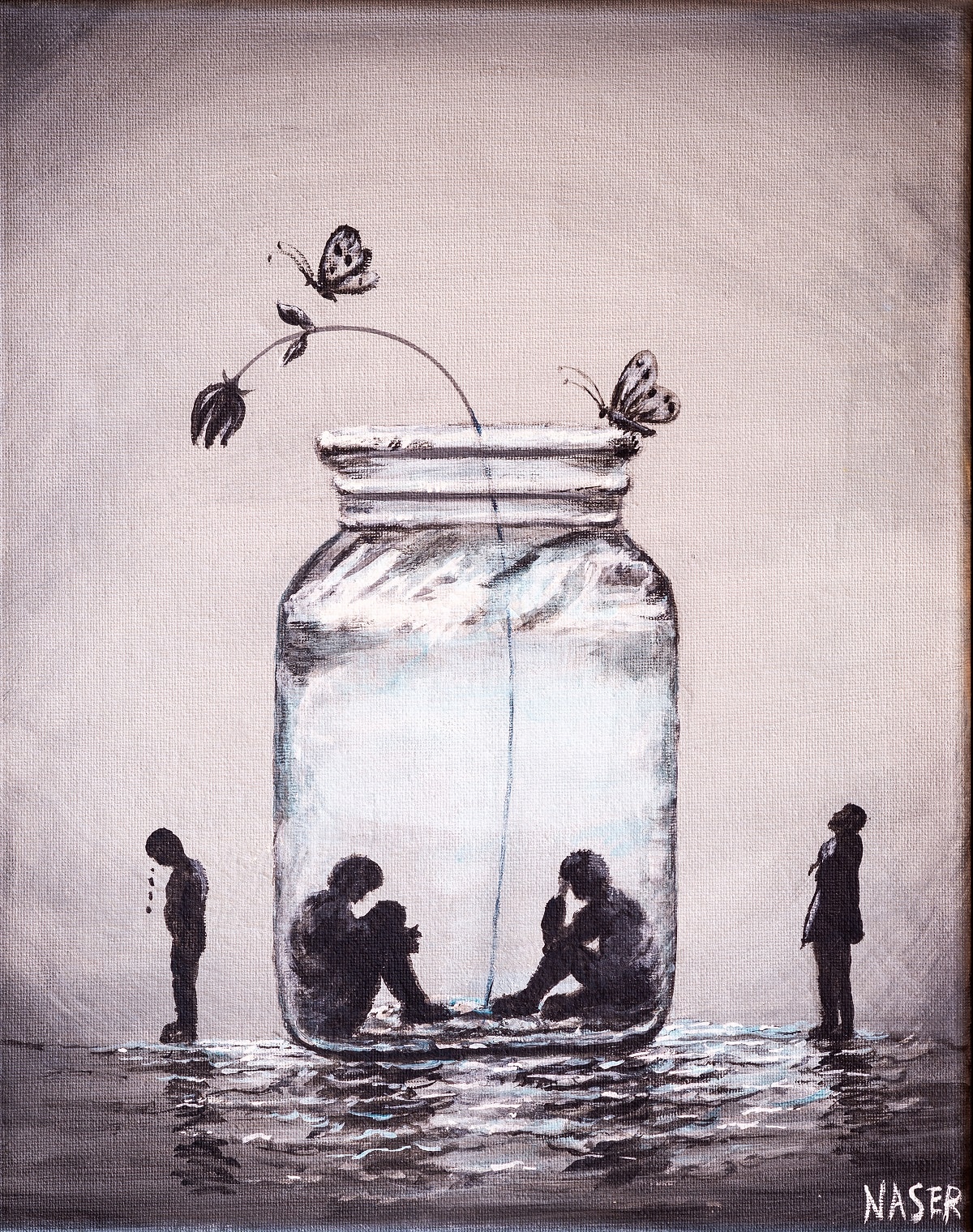