Russian documentary filmmaker Vitaly Mansky reflects on his unique chance to film the private life of Mikhail Gorbachev — the man who helped end the Cold War.

It’s been 30 years since Mikhail Gorbachev announced his resignation from the presidency of the USSR.

During Gorbachev’s six years in power, the Berlin Wall fell, the Baltic countries gained independence, and millions of people benefited from policies designed to increase openness and transparency in the government.

In 1990, Gorbachev received the Nobel Peace Prize “for the leading role he played in the radical changes in the East-West relations".

With "Gorbachev.Heaven", the director known for documentaries on North Korea, Cuba and Putin’s regime scored a rare one-on-one audience with Gorbachev in his private residence in the Moscow suburbs.

Now in his 90s, the man who once played a key role in ending the Cold War is shown leading a slow-paced life with a cat by his side and eating homegrown cucumbers from his kitchen garden.

Mansky describes the film as a poetic farewell from a man who changed the course of world history.

Its screening at the 10th Antenna Documentary Film Festival in Sydney from 2-13 February 2022, comes at a time of growing tensions on the Russia-Ukraine border and increased persecution of journalists, activists and opposition figures in Russia.

“I wanted the viewer to understand how fragile our world is. After all, my film matches the present moment, when we are back to square one,” Mansky explains.

“For 30 years people lived without fear of a possible war. People in the US finally started living and building houses without bomb shelters. This is Gorbachev's legacy." 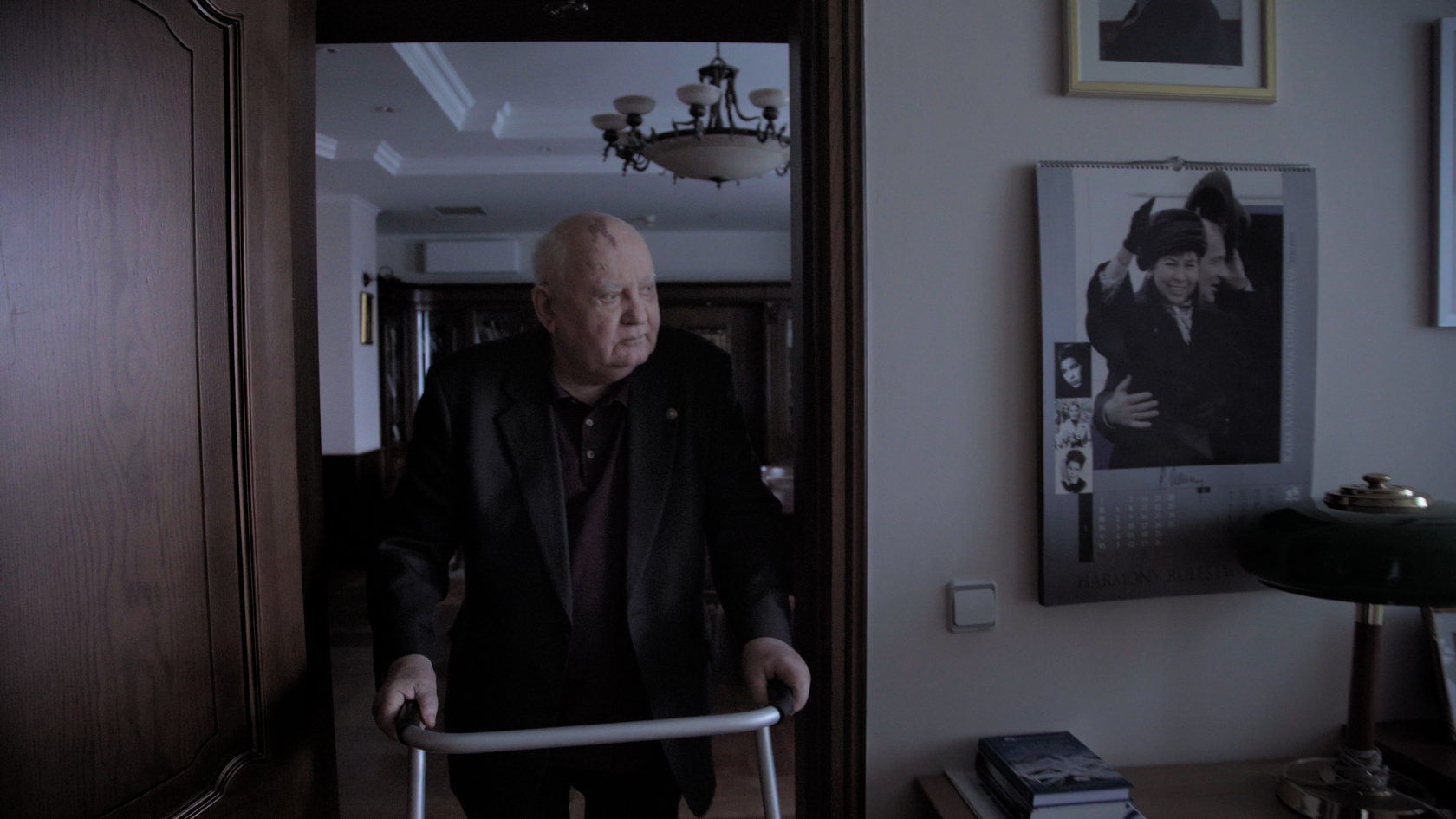 ‘In the West you are a hero, but not at home in Russia’

With "Gorbachev.Heaven”, Mansky says he wanted to show audiences the human side of the eighth and final leader of the Soviet Union.

“Aren't you offended?” Mansky asks Gorbachev in the film, “In the West you are seen as a hero, but in Russia you are far from that. Isn’t it a shame that everything you did for the country now seems to be in vain? No one appreciated your feat, no one seized the opportunity for freedom and democracy?”

Gorbachev’s response is to smile distantly and recite a nineteenth century poem implying that positive change is yet to come.

But Mansky is not convinced.

"Due to my innate pessimism, I believe that there is no longer any hope for a peaceful transition", he tells SBS Russian.

Most likely, a new turn will occur through some kind of revolutionary events, rather than evolutionary.

One of Gorbachev’s main legacies for Russia is “glasnost”, or a shift towards government transparency.

Gorbachev put part of his Nobel Peace Prize money toward the founding of Novaya Gazeta, which quickly became Russia’s leading investigative newspaper and to this day continues to expose terrible crimes and cases of corruption in Russia.

One of the most significant recent investigations revealed the killings and torture of LGBTQI people in Chechnya.

In October 2021, when Dmitry Muratov, the editor-in-chief of Novaya Gazeta, was awarded the Nobel Peace Prize, he dedicated it to the six journalists of his newspaper who have been killed since its inception. 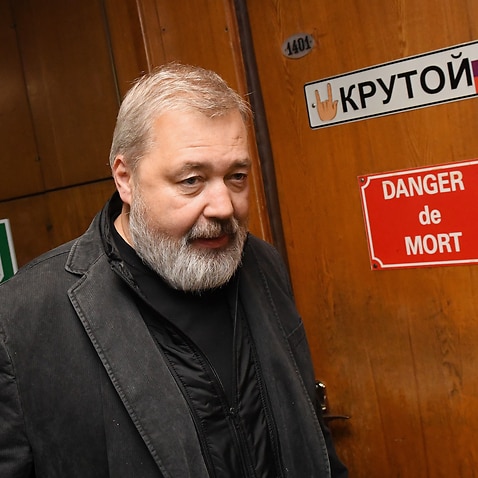 'Gorby' in the West, 'Hunchback' in Russia

In Russia, Mansky says the collapse of the USSR is not presented to the public as a chance to shift towards a more democratic future.

Instead, he says, Putin’s regime frames it as the reason for devastation and growing crime rate.

“I am grateful to Gorbachev for the years of hope that he gave to me and to the millions of people,” Mansky says.

“However, many people in Russia, thanks to the ideologues who replaced Gorbachev, consider the years of his rule as years of loss, catastrophes and disappointments.”

Gorbachev is indeed an ambiguous figure for Russians. According to Mansky, many people are sure that he fled the country and has been living in Germany for a long time, all expenses paid by the German government.

Russians, with the help of the state propaganda, consider him a traitor; not someone who gave them freedoms, but rather destroyed the USSR.

Putin called the collapse of the Soviet Union the greatest tragedy of the 20th century. This is one of the key ideological pillars of his regime.

“The state is trying to shift all of its mistakes, defeats and delusions onto the shoulders of its predecessors, and first of all, onto Gorbachev", continues Mansky.

“All across Russia, one can see monuments to the fallen soldiers and victims of World War II. These are concrete monuments saying, ‘No one is forgotten, nothing is forgotten’.

“I wouldn’t be surprised if the current Kremlin regime soon builds a similar monument somewhere with the inscription, ‘Gorbachev destroyed the Soviet Union’.”

In the film, Mansky asks Gorbachev some tough questions — with the director admitting that “sometimes the question is more important than the answer”.

“This applies not only to the questions that I ask Gorbachev in the film, but also to those answers that Gorbachev does not give. In the cinematic sense — not a journalistic one — the process of finding an answer and avoiding an answer is much more valuable.” 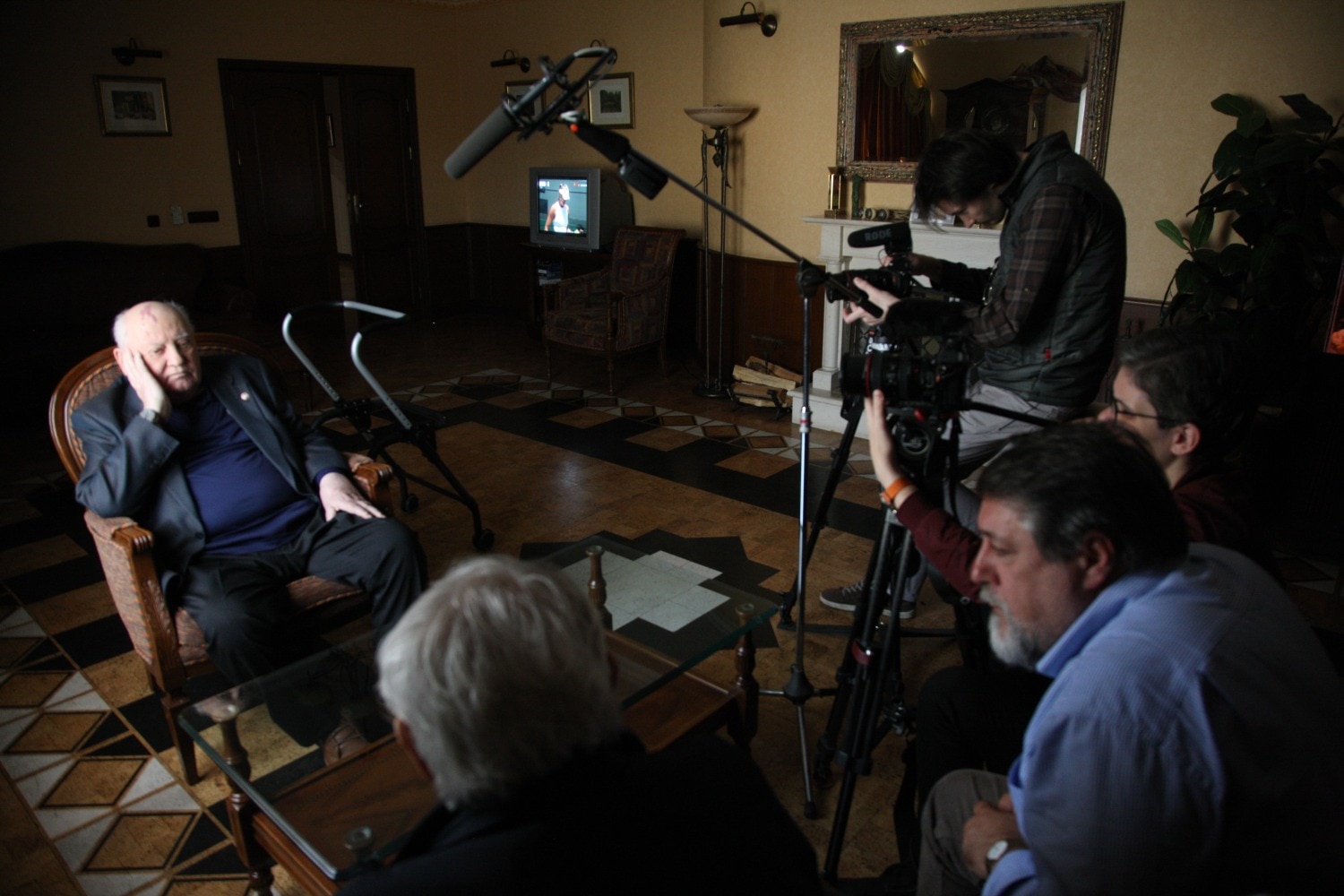 Mikhail Gorbachev, Vitaly Mansky and the team during the filming of "Gorbachev.Heaven"
Yuriy Feklistov

A farewell to the man who changed the world

Throughout the film, Putin and state channels loom in the background on the TV set, reminding viewers of the Russia in which this film is being made.

Gorbachev is shown drinking vodka, joking and quoting poetry. In one poignant scene he remembers his wife.

“Since my Raisa died, life has lost its meaning,” Gorbachev tells Mansky.

Mansky responds, “Mikhail Sergeevich, is the meaning of life only to love one woman and give birth to children with her? Shouldn't there be something higher than that?"

Gorbachev looks at Mansky and after a long pause answers, “What can be higher than your feelings for the woman you love?”

Mansky says that in this film we see a “free man”.

“Even in his 90s, when it would be so comfortable for him to just pretend to be a monument, he is far from being one,” he says.

“Gorbachev is already 91 years old. He is well aware of his life’s perspectives. That is why during the film he so often sings a Ukrainian song about a heavenly nature scene and spring, which one day will come, but he will not be there to see it anymore.

“In this film, we see him in a transitional period; in a way he is saying goodbye to all of us.”

Watch the special selection Antenna Documentary Film Festival Selects for free on SBS On Demand. The retrospective has been prepared to celebrate the 10th anniversary of the Antenna Film Festival.