Investigative journalist Florencia Melgar explains how she tracked down Chilean fugitive Adriana Rivas to a small apartment in Sydney's eastern suburbs and looks back on the tell-all interview with the former agent in the Pinochet dictatorship.

Florencia Melgar is a reporter, specialising in investigative journalism and senior production coordination across divisions at SBS.

While working on the special project in 2013 looking into Australia's involvement in the coup led by General Augusto Pinochet in Chile, 'The other 9/11,'  Melgar became aware of the existence of a woman living in Sydney who was believed to be a fugitive on the run from the Chilean justice system. The woman was accused of being involved in the kidnapping and disappearance of at least seven people during the Pinochet dictatorship.

Her name was Adriana Rivas, a former agent of the DINA national intelligence directorate created by General Pinochet. Rivas was arrested in Sydney on February 19, 2019, and is currently facing an extradition bid from Chile. 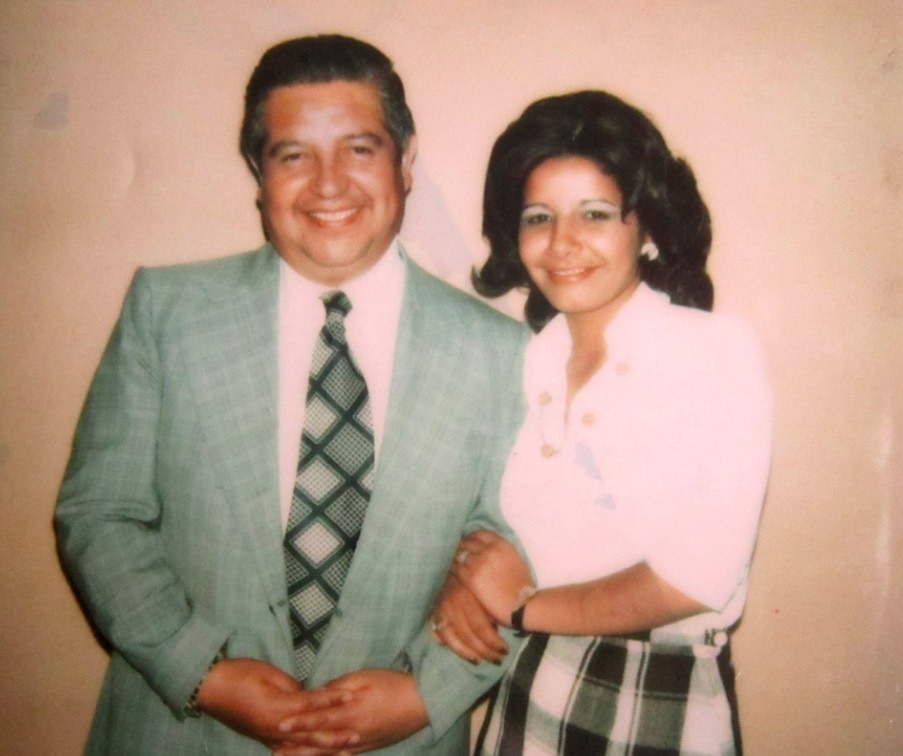 Adriana Rivas with Manuel Contreras, the head of DINA.
SBS

When Melgar became aware of Rivas' whereabouts, she contacted her through social networks, and after months of conversations in August 2013, Rivas agreed to be interviewed. There were rumours that Rivas was working as a nanny for Melgar, something the journalist vehemently denied.

"I told her about the previous investigation I was doing about Australia's involvement in the Pinochet coup, she did not call it a coup d'etat, of course. (...) I said, well you can have your own voice," Melgar explained. 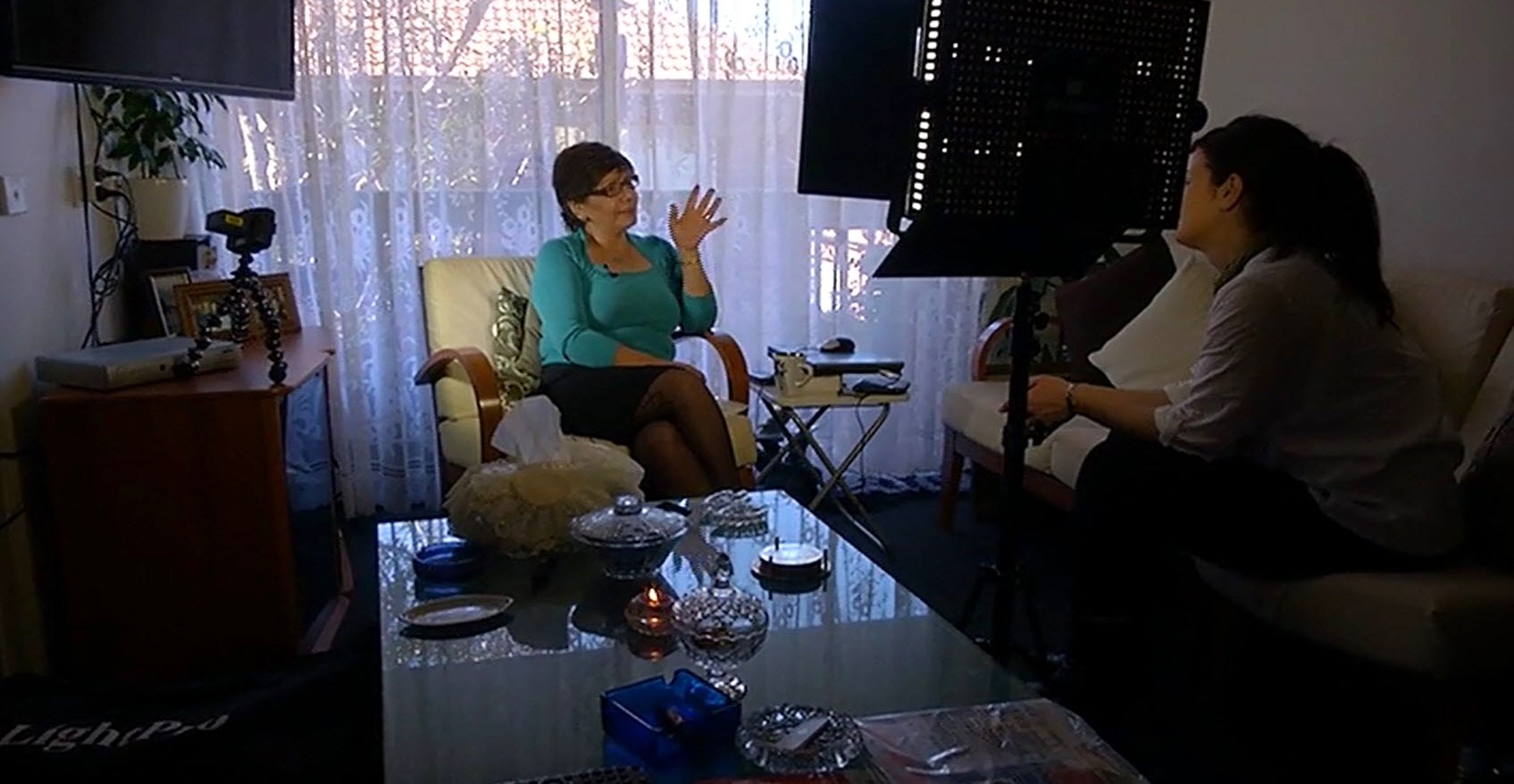 Rivas' connection with Australia dated back to January 1978, when she left Chile to start a new life.

She said she arrived through a conjugal visa, but migration records obtained by Melgar state she moved to Australia under the 'Special Passage Assisted Programme' brought in by the Chifley government in 1945.

On a trip to Chile in 2006, while visiting relatives, Rivas was arrested and charged with being involved in the kidnapping and disappearance of seven people, including Víctor Díaz, secretary of the Communist party at the time. They were known as conference cases.

During this judicial process in Chile, Rivas was released on bail and in 2010, she left the country by secretly crossing into Argentina before boarding a plane bound for Sydney. She settled back into life in Sydney, this time in a block of housing commission apartments in Bondi. From then on, she lived as a fugitive from Chilean justice.

Rivas has always pleaded her innocence to the charges for which she is accused, but during the interview with Melgar, the former agent explained in detail how she escaped from the Chilean justice system and returned to Australia illegally, helped by friends who organised and paid for the trip.

In this portion of the interview, Rivas explained in detail how she escaped from Chile.

This interview was crucial for the Chilean authorities to initiate the extradition request to Australia. Melgar said she was taken aback by some of Rivas' comments.

"I believe that the sense of impunity comes from living and working within the mechanisms of a dictatorship where there are no control mechanisms or balance of power, and there isn’t much accountability, and thus they don’t measure the impact or consequences of what they do or say," the journalist said.

"I think that's it; there was no measure of the impact. I couldn’t believe when she described her escape in such detail, because this is what ultimately put her at legal risk."

During the interview, Rivas told SBS she was innocent of the charges but justified the use of torture by the Pinochet regime by saying: "It is the only way to break people."

Melgar noted about Rivas: "She has a brutal honesty. What kills her in her testimony is the honesty she has in telling her story because one would expect other kinds of filters."

"She was convinced [torture carried out by Pinochet regime] was a necessary evil to achieve a greater goal, which was to free the world from the risk of communism."

This is the fragment of the interview where Rivas talked about torture.

As the journalist explained, when 'The Other 9/11'  was published, it included interviews with Rivas and a victim of the Pinochet regime, both living in Australia. Rivas' statements were so striking that the story gained prominence and the people forgot the bigger story, that was Australia's alleged involvement in the Pinochet coup. Australia’s prime minister at the time, Gough Whitlam, said in May 1977: “It has been written - and I cannot deny it – that when my Government took office, Australian intelligence personnel were working as proxies of the CIA in destabilising the government of Chile.”

The investigation carried out by Melgar pointed out that there may still be more DINA agents living in Australia.

"The question is… to go back to the question of other Chilean intelligence agents who are allegedly hiding in Australia… did they come here without the Australian government knowing about it? Did they arrive posing as something else? Or were they part of an agreement between governments or intelligence agencies? Or is there a mix of all these hypothetical scenarios?" Melgar said.

"I think the most important thing is for Australia to recognise the role it played in the participation or in helping Pinochet's coup d'état. It could be from the parliament, the prime minister, the defence minister, the foreign minister ... apologise to the victims, make an investigation of who is here and how they arrived on one side and on the other, explain to the victims why there are repressors living in Australia, why the double standard?

"It could be from Chile or from many other places; all the people we brought to Australia from both sides [of any conflict] this means re-victimising the victims when we are giving them shelter; that is a state responsibility.

The story was originally published in Spanish.