Australian Timothy Weeks survived more than three years in harsh Taliban captivity. But instead of feeling resentment or anger towards his former captors, he tells SBS Pashto his experiences have given him "great hope" for his future and for peace in Afghanistan.

Weeks travelled to Afghanistan in July 2016 after accepting a position as an English teacher at the American University in Kabul.

It was a move he thought he was prepared for, having worked as an English teacher for more than two decades, in the Middle East, Central America and South America.

But on August 9, 2016, just days into his new job, he was kidnapped at gunpoint on the way home from evening classes.

He describes the terror and swiftness of that incident, when the transport vehicle he was travelling in was rammed 20 seconds after leaving the university gates.

“I flew forward and I knocked myself out. I hit my head on the bars on the seat behind the driver. I looked outside the window, which was just a few inches from my face, and right there in front of my face was a man in military fatigues who had his head completely covered except for his eyes and a machine gun,” Weeks said.

“I then started to go into shock, which was severe shock. I didn't come out of it for the next couple of hours."

What Weeks didn’t know during those initial stages was that he was about to be abducted by the Taliban, who up to that point had abducted a number of foreigners for ransom or prisoner exchanges.

He recalls that Taliban fighters forced him, and his American colleague Professor Kevin King, into a van, while resting their weapons on the back of their necks.

Aware that any moment could be his last, Weeks found a glimmer of hope in the actions of one of his kidnappers.

"[When we were rammed] I flew forward in the car, and I actually cut my head open. So when the Taliban soldier reached in to grab me, as he grabbed me with one arm, he put his hand up my head, and he wiped the blood off my head to look at the wound, and something, somewhere in my mind had the logical thought that he's checking to see if I'm okay. And then I connected that with, he's been told to bring us back alive."

Weeks and King were then rushed out of Kabul at “breakneck speed” to an unknown location while passing through a military checkpoint.

The incident made international headlines and placed added pressure not only on the Afghan government but international forces fighting the Taliban.

On at least six occasions, Weeks recalled, US forces attempted to locate the hostages.

Days after the kidnapping, then US President Barack Obama ordered a night-time mission by Navy SEALs to free the hostages by raiding a militant hideout and killing seven people in a gun battle, but the hostages had already been moved to another location.

In 2017, the Taliban released a video of Weeks and King pleading for their release, and later that year Weeks appeared in another video calling for the Australian government to negotiate for his release.

Weeks described his time in captivity as "difficult" as he dealt with the elements and abuse by Taliban guards.

"It was a prison, we were kept in a prison and we were viewed as prisoners. And so we were given a minimal amount of food for survival, and that depended on the availability at the local bazaar and also on things like the weather during the winter season.

"Snowfall is really quite high, it was up to one and a half metres high when we were allowed to see it once or twice. And so they would push through the snow to go to the bazaar when they had to. And also, the fact that they couldn't go to the bazaar if it was being patrolled by police or local military or because they were in fear of being picked up.

He said he was beaten “quite badly over a year” by a Taliban commander.

"I had very mixed feelings, but from the beginning, I knew that the only way that I could get them to treat me humanely and to see me as a human being was to try and have a good relationship with them, to try and be polite. And I always said, ‘hello’, when they came in the room, I always said, ‘As-Salaam-Alaikum’ to them.

“I tried as much as possible to learn Pashto so that I could speak to them and also to translate for Kevin.

“Sometimes I felt like it was 'good cop, bad cop' because [one commander] would beat me, and then the other ones would come in and they were so kind and compassionate towards me.”

Then in November 2019, peace talks between the Taliban and the US government paved the way for a prisoner exchange.

Weeks and King were exchanged for three senior commanders of the Haqqani network, a Taliban faction known for staging guerilla-style attacks on US-led NATO forces and Afghanistan soldiers.

The network had been accused of committing a number of deadly attacks resulting in the deaths of hundreds of civilians, including a truck bomb in May 2017 near the German embassy, which killed over 150 people and injured more than 400.

The prisoner exchange raised questions inside Afghanistan about the lengths that were being taken to broker peace with the Taliban.

Weeks said he was "aware of the allegations against" the Haqqani commanders released under the deal, but maintained that the swap wasn't his decision.

"The loss of civilian lives in Afghanistan and even the loss of those working in security forces and law enforcement agency and military, I mean, it's tragic," he said.

"I did not select the people for whom I was exchanged. That was a deal that was brokered between [Zalmay] Khalilzad and the US."

Their release came as a huge relief for Weeks and was welcomed by US President Donald Trump and Australian Prime Minister Scott Morrison.

We join families of Kevin King & Tim Weeks in celebrating their release from Taliban captivity. Thanks to President Ghani for his courageous support. Let’s hope this leads to more good things on the peace front like a ceasefire that will help end this long war. Proud of my team!

We are profoundly pleased and relieved Australian Tim Weeks & his US colleague, Kevin King, who were held hostage since August 2016, have been released by their kidnappers today in Afghanistan. We convey deep appreciation to the Governments of the United States & Afghanistan.

But just months after returning to Australia, and as he began to rebuild his life in Sydney, Weeks announced that he would travel to Doha, the capital of Qatar, to witness the signing of a US-Taliban peace deal.

He saw his attendance at the signing, which came via Taliban invitation, as a way to “look forward”.

During his visit, Taliban spokesperson Zabiullah Mujaheed tweeted a photo of Weeks wearing traditional Afghan attire, sitting with Anas Haqqani, the high-ranking Taliban commander who was released from Afghan captivity as part of the same prisoner exchange that Weeks was involved in. 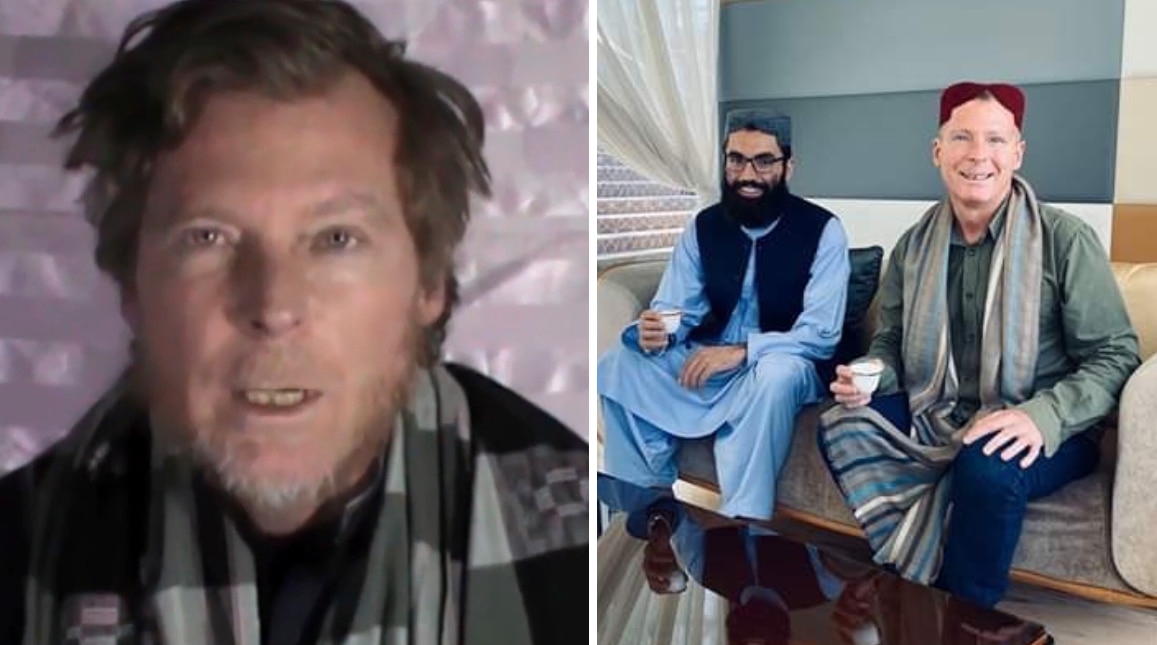 (L-R) Timothy Weeks in captivity in 2017 and Weeks sitting with Anas Haqqani in Doha.
AAP, Twitter

Weeks saw the invitation as a way to “cement a friendship” with his former captors and something that presented itself after he opened a Twitter account while in Australia.

“Gradually people started to get in contact with me. And as I spoke more and more on prisoners' rights and looking towards supporting the talks that were going on in Qatar, I started to have people contacting me, including high ranking members of the Taliban on the ground.

“Somebody made the suggestion from those people that maybe I might like to go and attend the signing of the peace ceremony.

"I think because I'd made the decision to look forward and not to look backward, I just saw it as an opportunity to begin to cement a friendship with these people. In looking at moving forward, trust is very important."

Today is the dawn of an new era for Afghanistan. I praise all parties who have worked for so long and so diligently to bring about the signing of the peace deal today . May god bless and keep the people of Afghanistan and may he guide them to a build a better life in the future.

He insists that his decision to attend was done in “cooperation” with the Australian government and affirmed that Canberra was “not unhappy” with his intention and “supported me in this role”.

While in captivity, Weeks said he never received medical attention as his captors feared that the hostages would be located during Blackhawk raids.

It was only when he returned to Australia that a number of injuries were identified, including a form of cancer, which he said had advanced to stage five.

“I didn't go through all of this to die because of cancer. Again, I just try to focus on the future and get through what I can get through a day at a time.” Timothy Weeks during his visit to Doha in 2020.
Supplied

Weeks also converted to Islam while in captivity on May 5, 2018, a decision he said wasn't taken “as a whim” and one which came following a “very difficult” situation with a Taliban commander.

“When we're finally taken out of that situation and taken to a nice room to stay in that had a window, and we could see the sky, I was so thankful that I wanted to do something.

“The only thing that I thought that I could do was to make a commitment to God.”

He insists that the Taliban were not supportive of his decision, but said it changed his life.

“It's very difficult to explain to people, but I know that Islam has brought me great peace and the ability to endure what I am going through at the moment.

I had the opportunity to speak with people from Afghanistan. It was a wonderful opportunity to listen to their opinions and questions. Dialogue helps build relationships and trust. I urge all people to continue to talk for peace! ⁦@ashrafghani⁩ https://t.co/wrkTIp3i4M

Supporting 'all efforts to move forward'

The war in Afghanistan following the US invasion in 2001 has claimed more than 100,000 lives, most of them civilians.

Weeks said his experiences had given him “great hope” for peace in the country, which has been crippled by four decades of conflict.

“I believe that [moving forward] is happening slowly for the first time in decades.

“I think it has really reached the stage where Afghanistan as a nation just cannot continue to go through this torture they have been through for 40 years. But they are still a little bit unsure of what the solution is, as is everybody."

Despite attending the Doha signing, he said he plays “no role at all” in the current peace process but has pledged to remain active on Twitter where he supports “all efforts to move forward”. 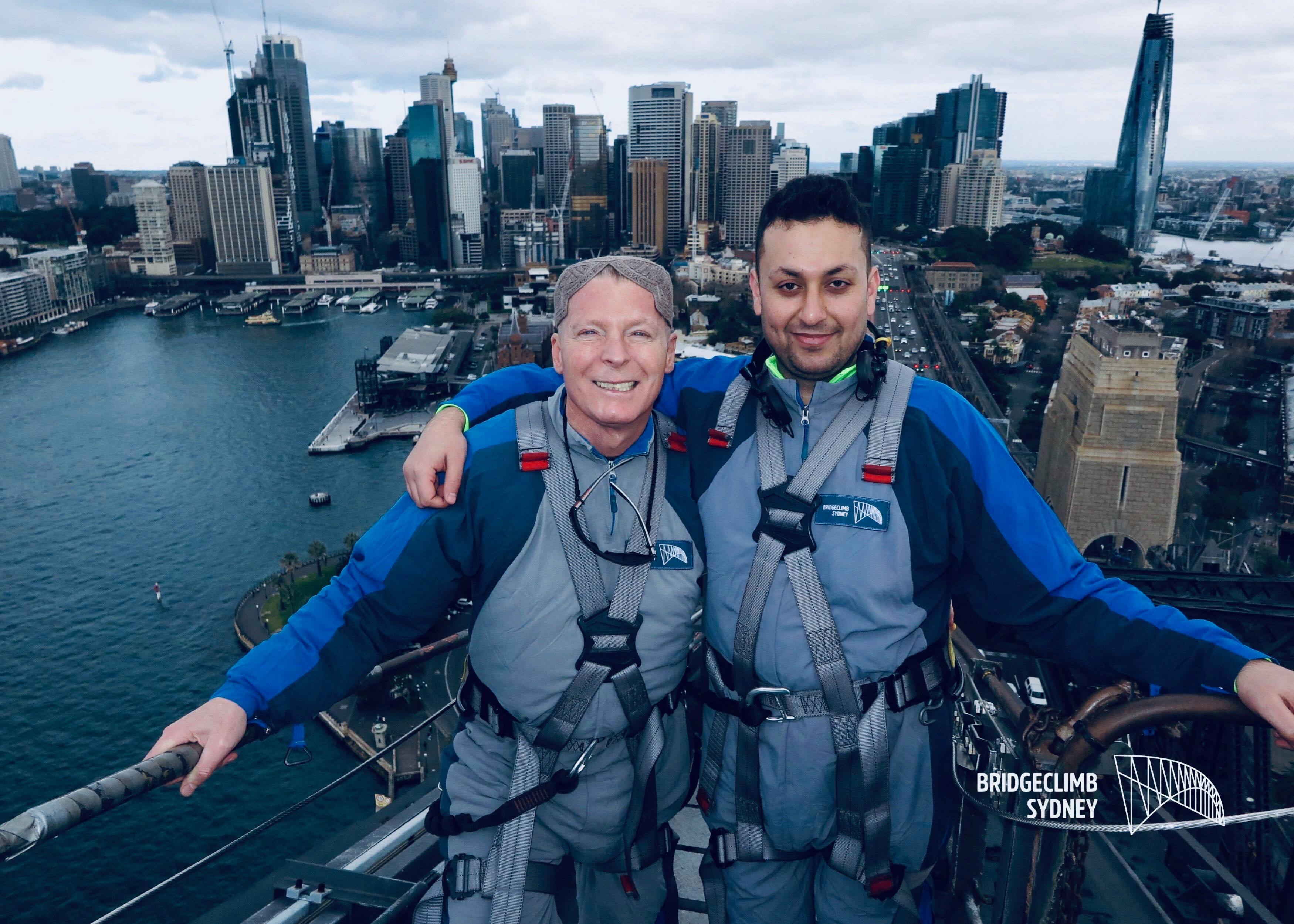 Despite his horrific experiences, Weeks remains somewhat optimistic about his future.

He said “many things” have changed as a result.

“Of course, the most obvious [changes] are to do with my health and my family as I lost my mother when I was in captivity. And that was quite difficult for me.

“But it's also given me a great hope because I know that if I can go through what I went through and come out the other side, then, I see hope for Afghanistan also, and I never gave up hope.

“I never thought we were going to die in that cell. I never thought that I wouldn't return and see my family again. I didn't expect it to take three and a half years, but only Allah knows.”