At just seven years of age, Bella Devyatkina speaks eight languages, with many more on her bucket list. Her mother says the key to her lingual skills was making sure that language learning was always a fun experience.

The SBS National Languages Competition 2019 is an SBS Radio initiative to encourage and celebrate a love of learning languages in Australia. Visit sbs.com.au/nlc19 to enter

Bella’s mum, Yulia Devyatkina, doesn’t think of her daughter as a child prodigy. As an English tutor, she says her daughter's lingual skills come from learning with the right methods and consistent practice.

“I use the same techniques with other kids and they demonstrate the same results,” she says.

Modesty notwithstanding, for Bella to speak eight languages at just seven years of age is a remarkable thing. Her talents have taken her around the world, as she's appeared on variety programs to demonstrate her skills in English, French, Mandarin, Arabic, Italian, German, Mandarin Chinese and Russian.

'Every new language makes her happy'

Since birth, Yulia spoke to Bella in two languages: Russian, her native tongue, and English. When Bella was one, Yulia added French and after two months discovered that she picked it up quickly. Spotting natural talent, that was when Bella's parents hired a language tutor for their daughter. 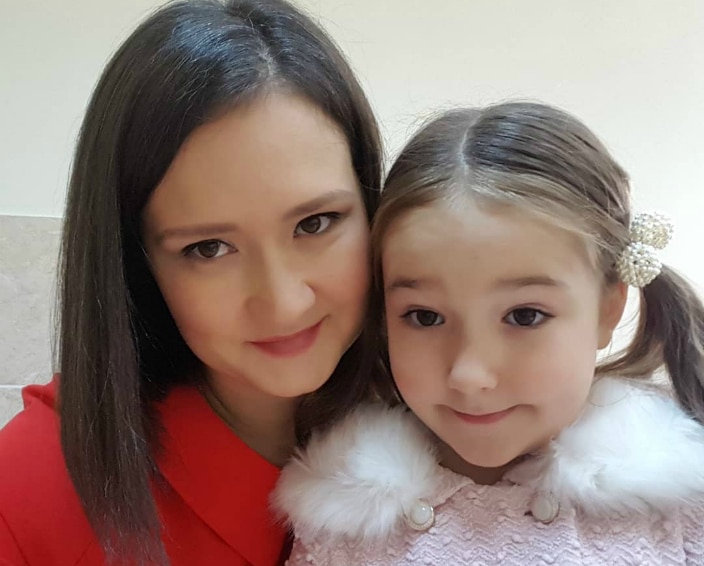 At two-and-a-half years, a new language from a totally different background was chosen: Mandarin Chinese.

“Bella was so glad to be introduced to every new language that there was no doubt we were moving in the right direction,” Yulia says.

“By age three, after just six months of learning Mandarin, Bella was interacting in this language like a native Chinese-speaking kid of her age." Yulia conducted her own research on multilingualism and came to the conclusion that the earlier a language is introduced to a learning child, the better. At three years, it was Spanish, a few months later German, and after another two months, Arabic.

“Bella chose to learn Italian herself," Yulia says. “We were abroad and Bella [then four-years-old] was playing at the playground with kids from different countries. She could talk to all of them except children from Italy. I guess that made her feel uncomfortable and she expressed her wish to learn Italian. But I wasn’t sure that she wouldn’t forget it after coming home.”

However, as soon as the family got home, Bella asked to download an app to her tablet to learn Italian, began watching Italian cartoons and, finally, demanded an Italian tutor.

Today Bella is seven-years-old and she speaks, writes and reads in eight languages. Her dream is to learn Japanese next.

Not formal lessons but fun

One might presumed that Bella spends her days with books and grammar exercises. On the contrary, her learning process has never been anything but fun, with her mother making a lot of effort to avoid the traditional style of lessons.

“The older she gets, the harder I try to organise activities that combine language and, for example, singing, drama, or ice-skating," says Yulia.

“Group activities work great. Last summer, my friends and I organised a group of children who learn Chinese and they practice vocals, dance and perform together.” Bella also reads and writes in all 8 languages
Instagram @yulia9kina

The key to success, according to Yulia, is that Bella has no negative associations with learning languages. From early childhood, this language journey has always been something joyful and very interesting for her.

The SBS National Languages Competition 2019 is an SBS Radio initiative to encourage and celebrate a love of learning languages in Australia. This year we encourage Australians of all ages who are learning a language, including those learning English and AUSLAN ,to participate by sending us a drawing or writing that shows us ‘How does learning a language make a world of difference?’