Sabah Rind is the fourth generation descendant of a Baluch Afghan cameleer who came to Australia in the late 19th century and married an Aboriginal woman.

Sabah Rind is a descendant of a Baluch Afghan cameleer and a Badimaya-Yamatji Aboriginal woman and says she is proud of her identities.

“In Aboriginal communities, I would identify myself as a Yamatji-Badimaya woman and I would also say I am an Afghan Baluchi woman and Muslim as well - so I am proud of all my identities,” the 34-year-old told SBS Dari.

Her great grandfather, Goolam Badoola, arrived in the South Australian town of Port Augusta in 1885 at the age of around 12 and worked as a cameleer on the Ghan, the 2,979-kilometre railway between Darwin and Adelaide.

He then settled in the Geraldton area of Western Australia. “In the early 1900s there was a flood in the Geraldton area in Western Australia and because he saved a lot of people from the flood, the Australian government granted him citizenship, which was quite rare at that time, because a lot of Afghan cameleers had to go back home,” Ms Rind said.

Goolam Badoola set up a sheep station and in his 40s in December 1917, married a 16-year-old Badimaya-Yamatji Aboriginal woman whose name was Marium Martin.

Marium Martin was daughter of a Malay Muslim man and a Yamatji Aboriginal of the Badimaya clan who worked at Badoola’s pastoral.

But it was not an easy task for a Baluch Afghan cameleer to marry an Aboriginal woman at the time with the Chief Protector of Aborigines, A. O Neville, deeming the marriage illegal and wanting to take Marium away from her husband and put her in an Aboriginal settlement. “Because of his culture, he wanted to marry her and at that time the Afghan men honoured the Aboriginal women by marrying them, not raping them, if you know Australian history,” Ms Rind said.

“We have a lot of documents showing what problems they went through trying to get their Nikah - the Arabic word for marriage - done”.

But finally, a court in Cue, in mid-west WA, approved their marriage.

‘Hiding in the bush’

Marium’s death at the age of 27 left Goolam with their four children - three sons and a daughter.

He not only had the task of raising the children but also had to hide them from the government that wanted to take them away from him.

“At that time 'Neville the Devil',  who was the commissioner for child protection wanted to take half-cast Aboriginal children away,” Sabah Rind said.

Auber Octavius Neville - known as A. O. Neville - was given the role of Chief Protector of Aborigines of Western Australia in 1915 and held the position until 1940.  It gave him the power to dominate Aboriginal life for over two decades. He was responsible for the removal of mixed-heritage Aboriginal children from their families, later to be known as the Stolen Generations. 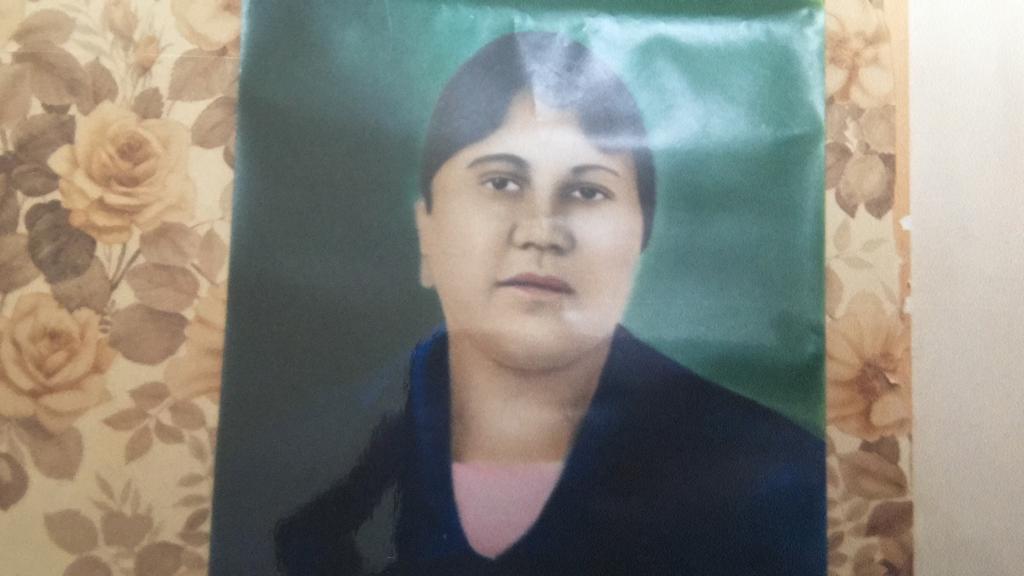 Marium Martin died at the age of 27.
Supplied

Ms Rind remembers Goolam and Marium’s only daughter Nora who died in 2005, recounting the story of them hiding in the bush with her older brothers to avoid being captured by the department of child protection.

To save his children, Goolam decided to ship them back to his homeland, Baluchistan, which was an autonomous region at the time.

When the children were old enough to not be captured by the department of child protection, they started coming back to Australia.

However, Nora Badoola had to fight for her children to come to Australia until she passed away in 2005.

One of Goolam and Marium’s sons, who was Sabah’s grandfather, then married an Iranian woman and moved to London. Sabah’s mother, born in London, was one of ten children by the couple. She then married a Baluch man and Sabah is the eldest of the couple's four children.

“My mum met him overseas. He is a Baluch, he speaks Baluchi and I am the eldest of four siblings, and when we were growing up, my dad forced us to speak his language”.

Sabah herself is married to a Turkish man.

She is a Master of Human Rights and works in legal education and community engagement with Aboriginal communities in WA.

She knows people from the emerging Afghan community in Australia, “but that’s not through the Afghan connections, that’s probably through just everyday Muslim connection at the mosque or Muslim community here,” she said.

She believes National Sorry Day (May 26) and National Reconciliation Week (May 27 to June 3) are great opportunities for “communities to come together and reflect on the past atrocities that have happened to Aboriginal people”.