Two scientists from Melbourne's Swinburne University have received the 2020 Ig Nobel Prize for their research in a backyard shed, involving vodka and a subwoofer that showed Faraday like waves in earthworms when vibrated at high frequency.

"We didn't try to joke (during the research), did we?", mathematician Andrey Pototsky asks his colleague.

"In no way," confirms Ivan Maksymov, a physicist.

It was as simple as it sounds: While working in his backyard one day, Mr Maksymov dug up some earthworms.

"I thought, why not shake them."

"I took them to my laboratory - actually, it's just a shed, but I now call it nothing else but my laboratory - where I had the special equipment from past experiments. And when I placed a worm on a subwoofer, I immediately saw what I saw: it started to move like water," says Mr Maksymov. 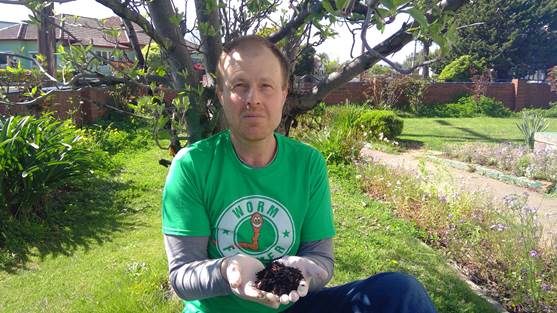 Physicist Ivan Maksymov in his backyard in regional Victoria
Supplied by I.Maksymov

Mr Pototsky, who created a mathematical model for this experiment, considers it "great luck" that his colleague knocked on his door with this idea.

"At first I had some doubts about its feasibility. But I'm happy that I agreed to take part in this research," he says.

Mr Pototsky's area of expertise is hydrodynamics and Faraday waves.

"If you shake the liquid up and down, you will see waves appear on the surface. It's Faraday waves. I have been doing various studies in this area but without worms," he explains.

Mr Maksymov combined these two. Considering the high water content of the worms, he expected to see visual similarities between Faraday waves and earthworms. 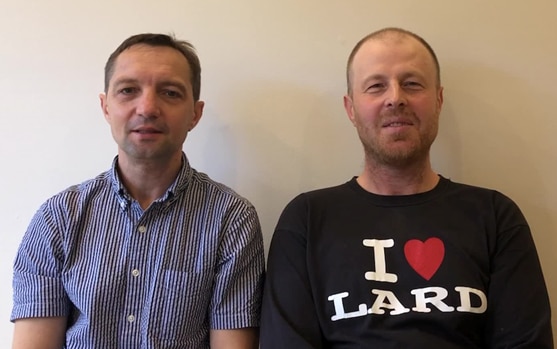 "The idea itself is not new, but the correct choice of the subject for the experiment made it interesting and a little funny," Mr Pototsky says.

The findings were published in a scientific journal.

Getting the earthworms drunk

To sedate the worms, the scientists decided to give them vodka.

It may sound funny, but the researchers say they took it quite seriously and before the start of this experiments they consulted with the University commission on ethical research, that helped them to realise the importance of caring attitude towards the "little assistants".

"When I was releasing them into the compost in my backyard, I always waited for them to crawl away so that birds wouldn't eat them," Mr Maksymov told SBS Russian.

"Somehow I got attached to them, although they are not intellectual creatures at all."

According to Mr Maksymov, the study has a practical application. It could be useful as a non-invasive method of studying brain impulses, and it can be used in robotics development, he says.

The researchers say the Prize win came as a complete surprise. 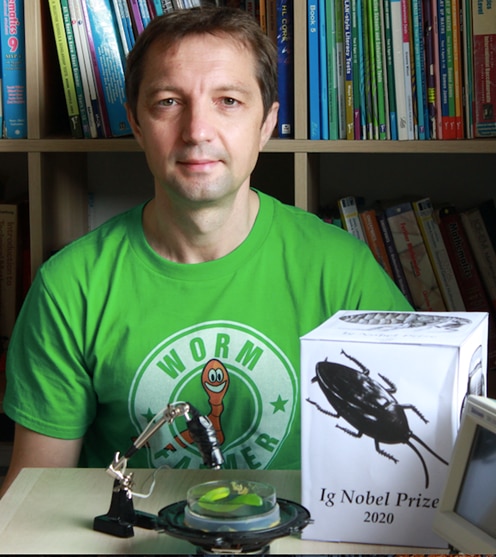 For the first time - online

The Ig Nobel Prizes, an annual event celebrating quirky scientific research, is in its 30th year. It is usually held at Harvard University but, due to the restrictions imposed as a result of the coronavirus pandemic, this year's awards were announced in a virtual ceremony with a series of prerecorded speeches and musical numbers.

The Melbourne scientist duo says they were hoping to travel to the USA to participate in the ceremony. Though the organisers don't cover travel expenses, scientists from overseas are accommodated by other American researchers at their homes. Mr Pototsky says it would have been a great networking opportunity.

The winners receive a paper cube, which the recipients print and fold themselves, and ten trillion dollars in prize money.

"After receiving all that money, we no longer have to seek grants for research," they laugh.

But they will still have to seek research grants as it's a ten trillion dollar note from the now-discontinued Zimbabwean currency that's presented to the winners. Before Zimbabwe replaced the dollar with Zollar in 2009, at the peak of hyperinflation, the value of ten trillion Zimbabwe dollar was 40 US cents.

Like the Nobel Peace Prize, there's  Peace Prize in Ig Nobel Prizes too. Two South Asian neighbours that have fought three wars in the last 70 years and are currently going through another phase of renewed acrimony have been announced the joint winner in this category this year.

India and Pakistan -"for having their diplomats surreptitiously ring each other’s doorbells in the middle of the night, and then run away before anyone had a chance to answer the door."

And this year's Economics Ig Nobel has been awarded "for trying to quantify the relationship between different countries’ national income inequality and the average amount of mouth-to-mouth kissing."

Putin, Trump, Modi, Erdogan and Lukashenko among the winners

The Annals of Improbable Research, the science magazine that hosts the event, selected bugs as the theme for this year's ceremony. Indeed, in addition to earthworms, another study was devoted to an investigation of why so many insect researchers are themselves fearful of spiders.

Another prize went to researchers who recreated in reptiles the party trick of inhaling helium from balloons.

Anthropologist Metin Eren was nominated for proving that knives made from frozen human faeces do not function as intended.

Donald Trump, Vladimir Putin, Boris Johnson, Narendra Modi and Alexander Lukashenko are also among this year winners. They have been awarded the Ig Nobel Prize for "using the COVID-19 viral pandemic to teach the world that politicians can have a more immediate effect on life and death than scientists and doctors".

Mr Putin's spokesperson Dmitry Peskov refused to comment on the award saying that he has never heard of this prize, TASS reports.

In Russian, Ig Nobel prize sounds like the 'Shnobel Prize' which is a derivative of the word 'shnobel', meaning a huge comical nose.