Here's what you need to know about the symbols and traditions associated with Mexico's Day of the Dead, known in Spanish as Día de Muertos.

Mexicans are one of the few people in the world that celebrate the dead with a sense of happiness, respect and humour. During the Dia de Muertos, people prepare food, drinks and flowers for their deceased loved ones. There is a belief that their ancestors come back to the world of the living for just a few hours to enjoy a moment with their families and to receive gifts.

During these events, the people placed offerings including cocoa, fruits, seeds and food in the graves of their dead. However, the modern Day of the Dead tradition, contains a Spanish root because Spaniards introduced the Catholic faith. Therefore, the Day of the Dead is the product of both cultures and traditions.

People visit their dead at the cemetery of Santa Maria Atzompa, in Oaxaca, Mexico, 01 November 2018, on the occasion of the Day of the Dead.
AAP

During the Day of the Dead, people usually visit cemeteries to clean and decorate the graves of their dead with cempasuchil flowers, foods and drinks once loved by their ancestors. It is believed that cempasuchil flowers attract souls to the altars and their petals guide the souls from the cemeteries to their family homes. Cemetery traditions may vary in some parts of Mexico. In Pátzcuaro and Janitzio for example, people spend all night beside the graves, while in other places, people celebrate the Day of the Dead with a mariachi band next to the grave.

Sugar skulls as a gift 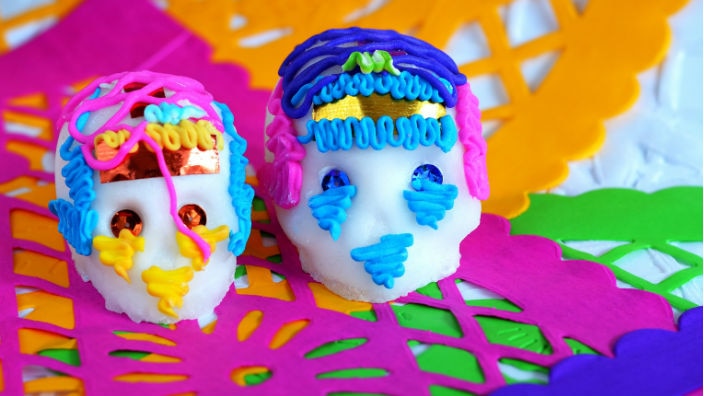 Mexicans also create poems dedicated to death. In Mexican schools, it is common for children to write calaveras or poems for the Day of the Dead. Calaveras describe, in a funny and interesting way, a passage or anecdote along with a 'La Catrina', an elegant skull first created by the Mexican illustrator Jose Guadalupe Posada. A catrina is one of the strongest symbols of the day.

By the end of 1920, illustrator Jose Guadalupe Posada was creating impressive calaveras images for the Day of the Dead. It was believed to be the first time that the public was enjoying “vivid skeletons and skulls… dancing, cycling, playing the guitar and drinking”. However, the most famous of Posada’s characters was the Catrina, a female skeleton with a glamorous hat. During the 1930s, Posada and his Catrina became a Mexican icon.

A special altar, or ofrenda, is prepared for those who have passed away. It usually includes pictures, candles, food and drinks. This altar is created with the intention of inviting the dead to come home for some hours and enjoy all the surprises created for them.

Here are some of the elements included in an ofrenda:

It is believed the fragrance of the cempasuchil leads the spirits to the home. Sometimes paths made from petals lead the spirits from the cemetery to the house of the living. 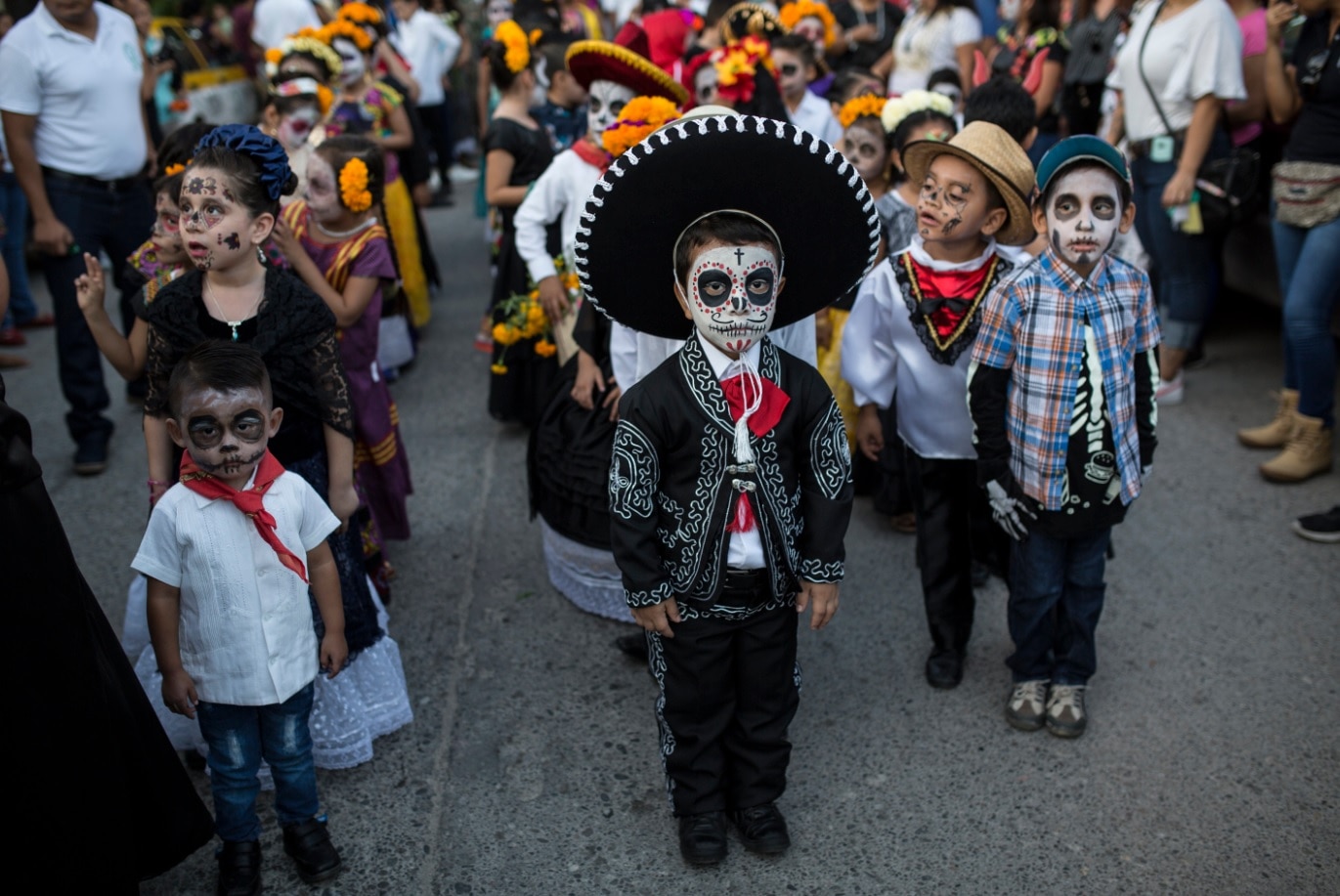 Children in costume gather for the start of a parade marking Day of the Dead in Juchitan, Mexico, Wednesday, Oct. 31, 2018
AAP 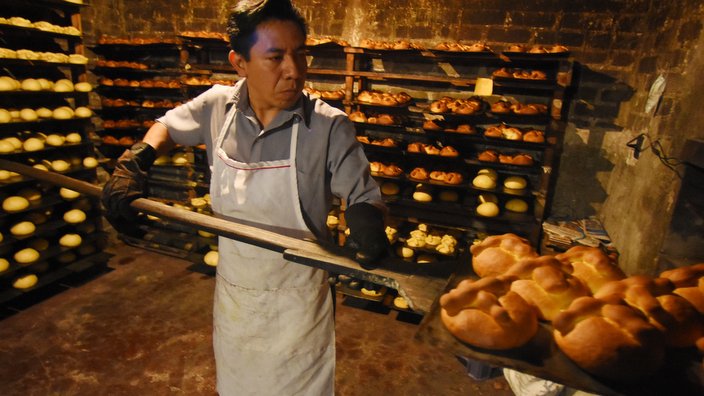 Members of the Cuapio Cortez Family are seen during the process of manufacturing the Mexican traditional Bread of the Dead.
AAP Image/Carlos Tischler/Sipa USA

These have a meaning of light, faith and hope. If four candles are placed on a cross, they represent the four cardinal points, so that the soul can be oriented until it finds its way from the cemetery to the house.

This aromatic tree resin is an offering by the Indigenous people to their gods. It is used to clean the house of evil spirits and thus the soul can enter without danger.

Water is offered to the deceased quench their thirst after their long journey, while salt is an element for the purification for souls.

These figures are funny rather than terrifying. Some of them may represent the occupations and hobbies of the dead. Additionally, people place child toys, guitars, special drinks, tortillas or ornaments related to the beloved dead.

Evelyn Herrera is a journalist and producer of digital content @EvelynHerreraAv

Listen to us on radio SBS Spanish 24/7

You can listen to us through Radio Digital, through our live streaming service here on our website or through our mobile app.