Unable to find work close to home, some women from Melbourne’s African communities working interstate had to endure separation from their children for several months during the COVID-19 lockdowns. Even with the state borders coming down, these mothers continue to face the dilemma of choosing between work and family.

Mother of six Achol Dut Ngor was looking for work for several months without luck. When she got an opportunity to work at a meat processing plant 450 km from home, she grabbed it with both hands.  She left her children in the care of her eldest daughter in Melbourne and moved to Naracoorte in South Australia and took a 900-kilometre round trip every second weekend to be with her family.

“I needed a permanent job because I have the ability to work, but a lack of jobs close to home forced me to leave my children behind. I had to lock my house and took them to my eldest daughter,” she tells SBS Dinka.

After the coronavirus pandemic started in Australia, the state border between South Australia and Victoria was closed in March 2020. Achol could no longer travel between Naracoorte and Melbourne to see her children for several months.

She says not being able to see her children was “devastating” for her.

“When I finally saw my children for the first time in nine months, all I did was cry. My kids were comforting me,” she says. 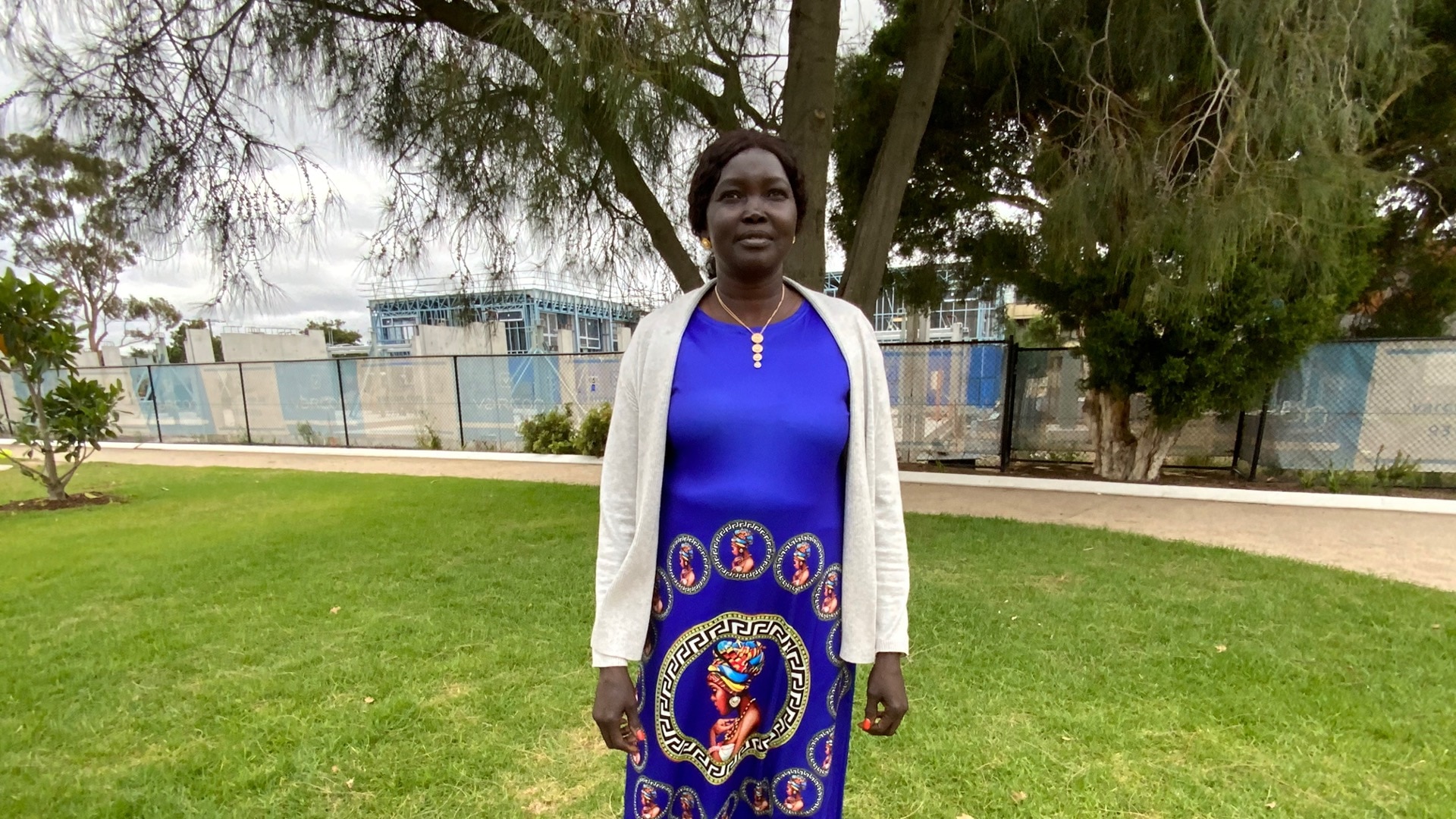 Achai Deng, who has been living in Australia since 2004, had been doing casual, short-term jobs to support her family and pay the mortgage on her house. In March 2019, she found a job at Naracoorte meat factory and moved to the South Australian town, sharing accommodation with Achol.

"The arrangement was that we would work for two weeks and then the other last week we would finish work on Friday and then drive back to Melbourne together to see our children and back to Naracoorte on Sunday,” she tells SBS Dinka.

After the interstate borders came down, she was also stuck with Achol, unable to see her children.

She says women like herself want to be around their families, but many who can’t find a job have no choice but to work wherever they are offered it.

“We have to support our children with food and their education, to pay for their textbooks etc.,” she says. 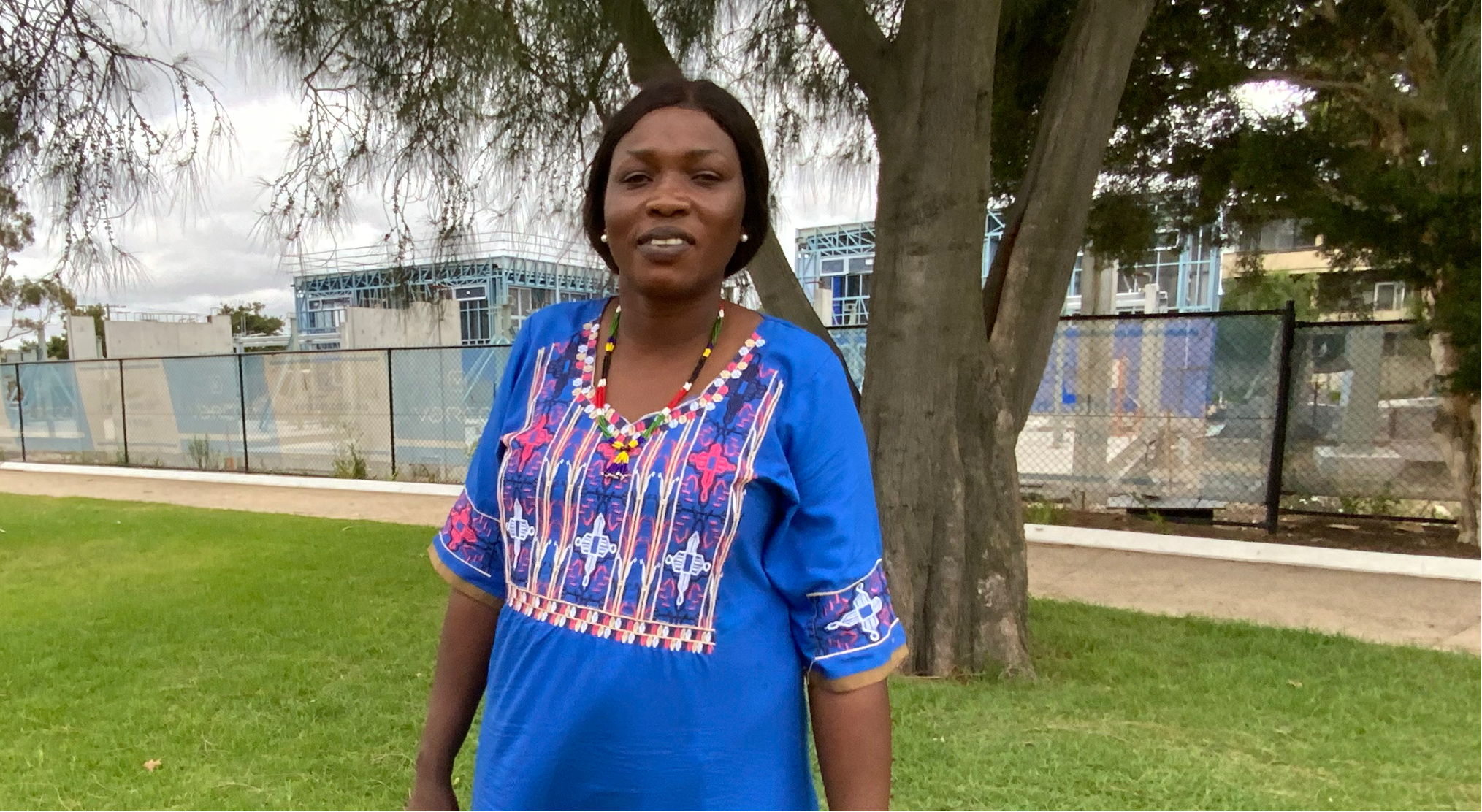 Achai Deng came to Australia in June 2004 with her children.
Ajak Deng Chiengkou

But she is concerned that without their mother’s care, her children could fall into “bad ways” – a concern Alcohol also shares who hasn’t returned to work due to continuing uncertainty around interstate borders due to COVID-19, and fears another lockdown may separate her from her children again.

Dr William Abur, a Social Work lecturer at Deakin University, says a lack of proper parental care is a major cause of adverse outcomes for the youth in the South Sudanese community.

"Children that are cared well are more likely not to be involved in criminal activities and poor education outcomes,” he says.

Dr Abur acknowledges the challenges many in the South Sudanese community, particularly women, face. But he says it’s important to work to overcome these challenges.

"They (women) need to be educated and empowered to work so that they are better equipped to deal with challenges. Second, community members must take some initiative to engage themselves in the right activities that have benefits to them and family members." Like Achol and Achai, she too found work in Naracoorte in 2018. She went to South Sudan in 2019 and hasn’t been to return to her job since returning to Australia in February 2020.

She did some seasonal fruit-picking work in Griffith for a few weeks.

“Farm work is quite difficult, but as a mother, I would do whatever it takes to provide for my children,” she says. 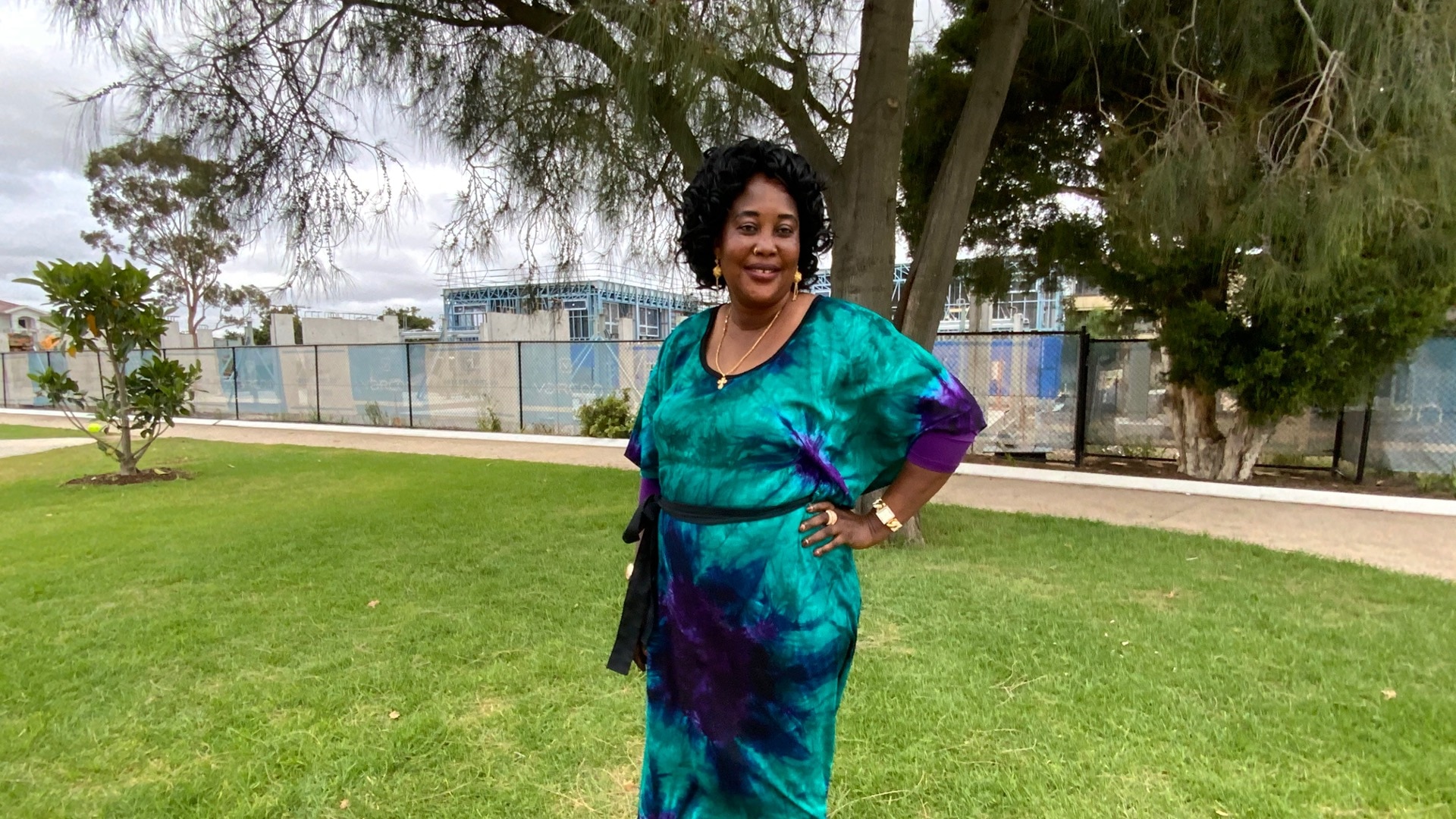 Abuk Deng, another Melbourne mother from the Dinka speaking South Sudanese community, has taken up work at a farm in South Australia. She had been unemployed for four years before this job.

“Work starts at 5 am and continues until 4 pm unless the weather is too hot when we will finish at 1 pm. It is not easy for many of us; we come back home tired, and you are worried about your children wellbeing at the same time," she says.

Her 20-year-old uni dropout daughter takes care of her younger siblings at home. But Abuk faces an insoluble dilemma - that she may be letting her children down as a mother by trying to support the family financially.

“I worry about my eldest because I am not there to guide her and if I stay home with her, I won’t be able to provide for my children, their education. How will they become successful without that,” she says.  “I wish it was easy for me. But there's no easy choice.”