This pandemic is not the first time Australia has had to quarantine travellers to contain the spread of disease.

Hotel quarantine may have become a buzzword in Australia these days due to the coronavirus, but the history of quarantining overseas arrivals in the country goes back over 180 years.

As Australia moves with its plans to have a purpose-built quarantine facility in Melbourne to safely accommodate overseas travellers, it is worth reflecting on the historical quarantine facilities that have served the country’s biosecurity interests since the 1800s.

The legacy of quarantine

Australia’s earliest quarantine facilities have been around for more than 180 years, doing just what they are doing today: isolating and treating incoming international travellers.

Jenniffer McCoy is a descendant of Alexander and Marjory Fraser, a passenger couple who arrived in Australia aboard the Glen Huntly in 1840.

She is in the pursuit of knowing more about how her ancestors later established their lives in high country Victoria. “My research project is being done through Federation University on the social development of far-east high country Victoria, considering the contributions made by Scottish immigrants as they took up land after 1860,” she told SBS Malayalam.

Ms McCoy highlights the significance of the information recorded in Flying the Yellow Flag, a book about the voyage of the Glen Huntly. It was written and compiled by Olive Moore in 1990 for the 150th anniversary of the ship’s arrival at Port Phillip in Melbourne. Flying the Yellow Flag, a book about the Glen Huntly ship that arrived in 1840.
Delys Paul

Australia’s first quarantine station dates back to the 1830s.

The North Head Quarantine Station in Manly, Sydney, was established to protect the land from infectious diseases from newly-arrived immigrants.

In the early 1900s, this facility had several upgrades, increasing its capacity to accommodate more people. The facility operated as a quarantine station until 1984. Victoria’s first quarantine station site at Point Ormond (then known as ‘Little Red Bluff’) was set up to quarantine travellers of the Glen Huntly, a ship that arrived from Scotland in 1840.

This ship brought immigrants to Port Phillip in Melbourne and was marked with a yellow flag, signalling the potential danger from travellers who were sick with typhus or typhoid.

Several passengers died at sea, while some others passed away at the quarantine station. They were buried at the site, which then became the first official burial ground of St Kilda. The North Head Quarantine Station is a heritage listed building on the north side of Sydney Harbour at North Head, near Manly.
Steve Christo/Corbis via Getty Image

Ms McCoy is the great-great-granddaughter of Alexander and Marjory Fraser, who were quarantined at Point Ormond in 1840.

“The Glen Huntly had several sick passengers and many died due to disease. My ancestors, Alexander and Marjory Fraser had just got married, and were aboard the ship. They had to quarantine at Point Ormond,” she added.

Ms Fraser had typhus or typhoid and was treated at the quarantine station where Mr Fraser worked. They later went on to live in high country Victoria, Ms McCoy said.

This led to the establishment of Victoria’s first quarantine centre at Point Nepean in 1852. This centre was built after the arrival of the ship Ticonderoga from Liverpool. Many passengers died during the voyage due to typhus and scarlet fever.

This quarantine centre was inspected and found to be fit to become a permanent quarantine facility and significant developments were made to this site between 1900 and 1925. Later, it started receiving animals too.

The arrival of the Glen Huntly, the ship with the yellow flag, caused anxiety amongst Melbourne’s population in 1840, states Flying the Yellow Flag.

This may have been very similar to the anxiety we see nowadays whenever news breaks about a coronavirus-positive passenger on board a plane arriving in Australia.

The book states that the superintendent of Port Phillip, Charles La Trobe, took immediate action on the ship’s yellow flag by setting up the quarantine camp in two sections: one for the sick and another for the healthy. 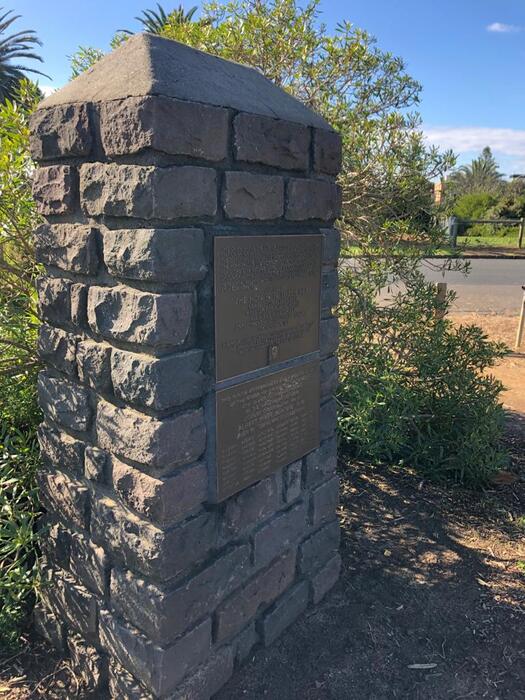 Quite similar to today, fines and penalties were in place back then too for the infringement of quarantine laws that were enforced at the site, states the book.

At least three newspapers of the day repeatedly published the government notice regarding these laws.

One of them was the Port Phillip Gazette, which published the following notice in 1840:

''Notice is hereby given, that the Glen Huntly, Government emigrant ship, from Greenock, is declared under quarantine, and that infringement of the quarantine laws and regulations will subject the offending parties to the pains and penalties of the same. (Signed) C. J. LaTrobe".