Kbora Ali, who made history in 2016 when she joined the Australian army, says she hopes to show other refugee children "they can achieve anything".

Six years after joining the army ranks, she has now taken on the role of UNICEF Australia Young Ambassador for 2022, representing South Australia.

Corporal Ali, 24, is one of 12 Young Ambassadors who have been chosen from across Australian states and territories.

As a refugee child in Pakistan, Kbora recalls receiving bags of school supplies from “foreigners” who made her feel that there were people in this world who cared for them.

“When we were in Pakistan, I remember me and my sisters receiving school supplies from foreigners. At the time I didn’t know they were [from] UNICEF,” she told SBS Dari.

“We got school bags that consisted of school stationery, books and pens and I recall that moment very vividly because they made us feel that they care, that we exist.” 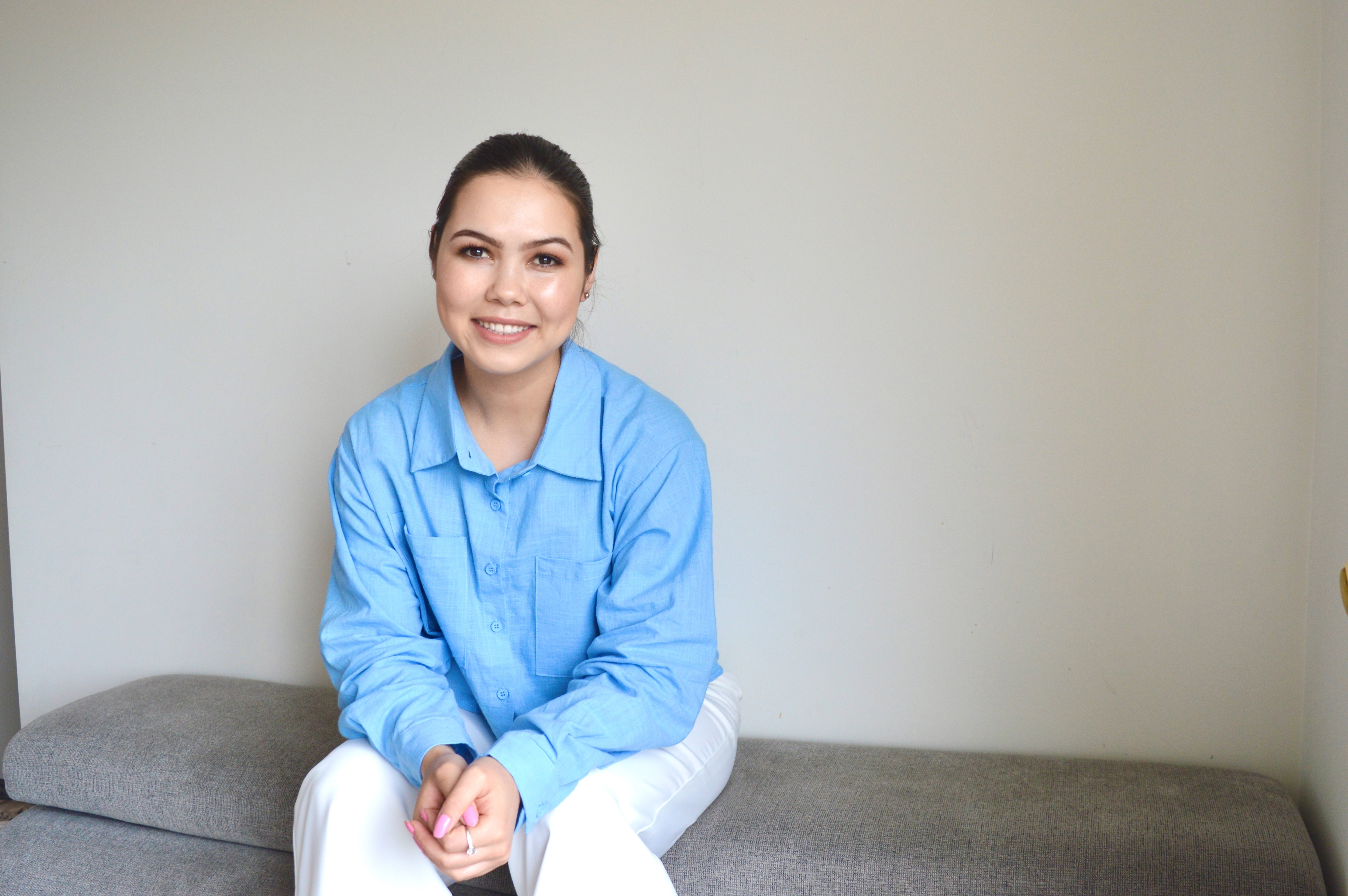 Kbora said she never forgets the times when she and her sisters had “very little” in their lives, so she has made it her mission to “pay it forward to other children” after coming to Australia when she was nine.

“And, this opportunity came last year when I saw the application for UNICEF opened and I decided to apply because this was one of the unique opportunities for me to pay it forward to other children,” she said.

It was a “really surreal moment” for her when she got the news of being chosen as one of UNICEF Australia’s 12 Young Ambassadors for 2022.

The Young Ambassador program is designed to give young people a say in making the decisions that affect their lives, UNICEF Australia CEO Tony Stuart said.

“For 75 years, all over the globe, UNICEF has been advocating for children’s views to be included in the policies that affect their lives,” he said.

“The UNICEF Australia Young Ambassador program is designed to inspire and empower young people through the network of the 12 we have selected from around the nation.”

The young ambassadors will undergo leadership training, visit schools and learn from the University of Sydney’s policy advisors who will help them create draft policies around issues they are passionate about to be presented to Parliament in Canberra at the end of the year.

Corporal Ali and her family first fled to Pakistan when she was three, before reuniting with their father in Australia in 2007.

Being a young girl from an immigrant family, I know what it feels like when you have very little of something and you just want the basic human needs, education, safety and the comfort of a safe home.

"I just want to be the 'face value' of refugee children because they may not have this opportunity elsewhere,” she said.

“I know there are places like Afghanistan, Africa, Syria where children do not have the basic rights and when we are given this opportunity, I want to present that every child is given the freedom, that support and the safety, they can achieve anything,” she added.

She later went on to receive three Dux awards from her school and achieve an ATAR of 97.5. 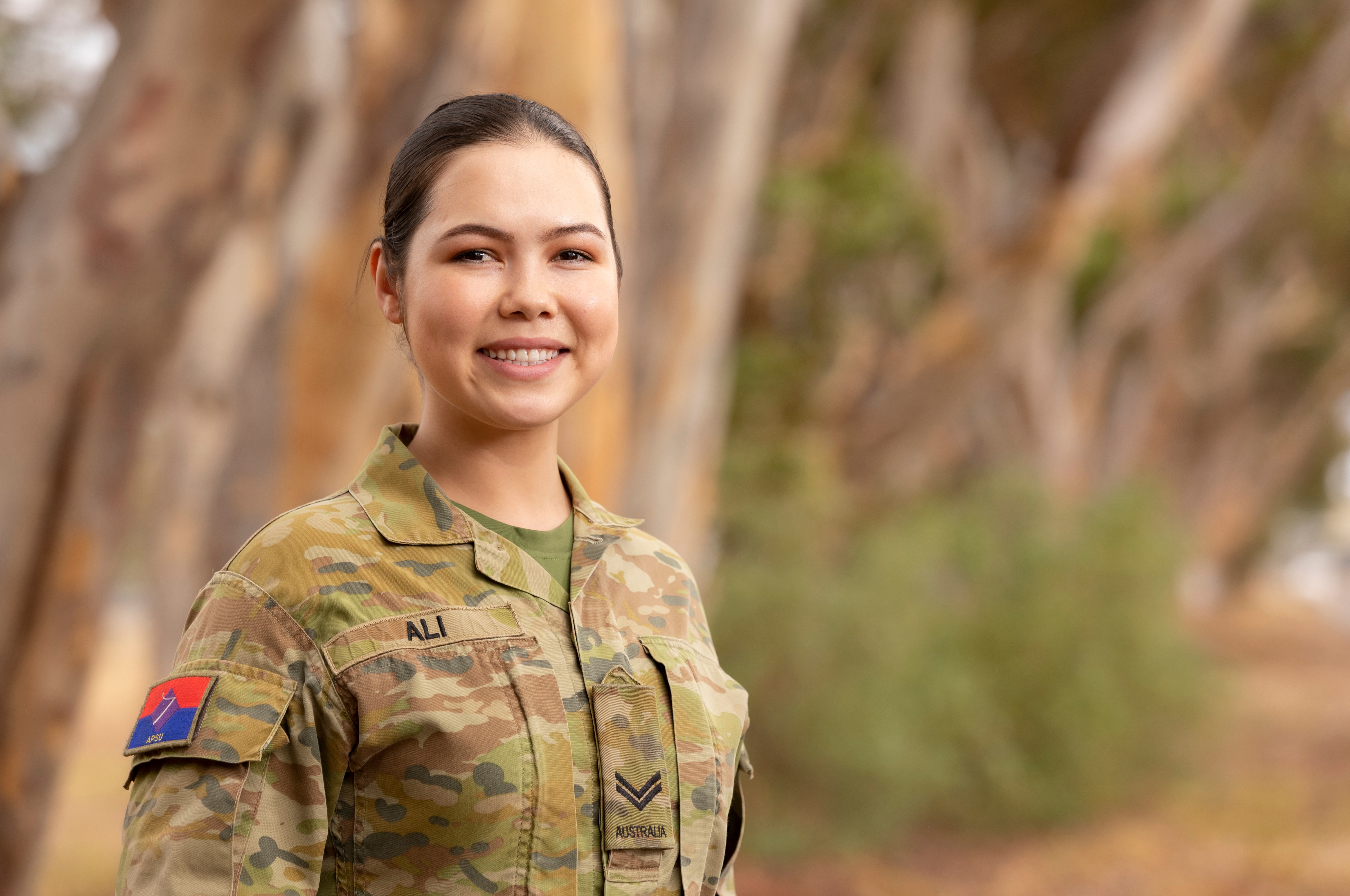 Corporal Kbora Ali joined the Australian army in 2016 when she was 18.
Australian Defence Force

Usually engaged as an army clerk, Corporal Ali worked as an interpreter on Operation COVID Assist, helping members of her own community, the Hazaras, who were recently evacuated from Afghanistan after the Taliban takeover, stay informed about COVID-19.

“I actually got to meet a few of them [Hazara refugee children] that came last year, and I see the same hope in their eyes,” she said, “It made me really emotional because I was welcoming them to Australia and it put me back, I could step in their shoes and actually feel how nervous they would have been to be in a new place.”

Having experienced it herself, Corporal Ali said it can be “very difficult” for recently evacuated Afghan refugee children to transition to their new life, but if they have “perseverance, determination, and hope … they can achieve anything”.

When you first come to a new country, be it Australia or anywhere else in the world, it is a very difficult transition.

“I am not going to lie, I did struggle myself, learning the language, making new friends, trying to fit in, everything.

“But, we should also acknowledge the fact that there are new opportunities, new doors that have opened, to do what you can to learn and appreciate the new culture that you are going to walk into, and the language, especially when you are young, you have everything- access to education here to improve your language and literacy.”

Corporal Ali who kept the news of her joining the army secret from her parents, anxious that they will not accept her decision, said families play “the biggest role in determining their kids’ future”.

She said as people from Afghanistan and other parts of the world come to Australia, their priorities change and so should their mindset about their children. Corporal Ali says she wants to show that refugee children in Australia can achieve whatever they want.
Supplied/Kbora Ali

“The priorities parents have in Afghanistan or any other country, are different - their priorities are how to put food on the table for the children, how to, you know, have a meal for the next day - so their priorities differ to what we have here.”

"They also need to have that flexibility for the children to dream what they want to do, not what their parents want them to do.”