Afghans on temporary protection visas in Australia are calling on the federal government to provide a pathway to permanent residency so they can provide assistance to their families amid the crisis in their homeland.

The last time Hazara man Khan Ayoubi saw his daughter was in 2019 when she was just 11 months old.

He phones his wife and daughter from a park in Geelong every day, but he fears that the growing crisis in Afghanistan means his hopes of reuniting with them soon look highly doubtful.

After their hometown of Jaghori in the southern Afghan province of Ghazni fell to the Taliban on August 10, Mr Ayoubi’s family fled to Kabul where they had hoped to live in safety.

“Unfortunately, on the 10th of August when other provinces along with Ghazni province fell into the Taliban’s hands," he says.

"The people got confused and my family decided to go to Kabul, [thinking that] at least Kabul will last a bit longer."

The capital would fall to the militant group six days later, and Mr Ayoubi fears that his family is now in extreme danger.

SBS News: As the situation deteriorates in Afghanistan, here's what you can do to help 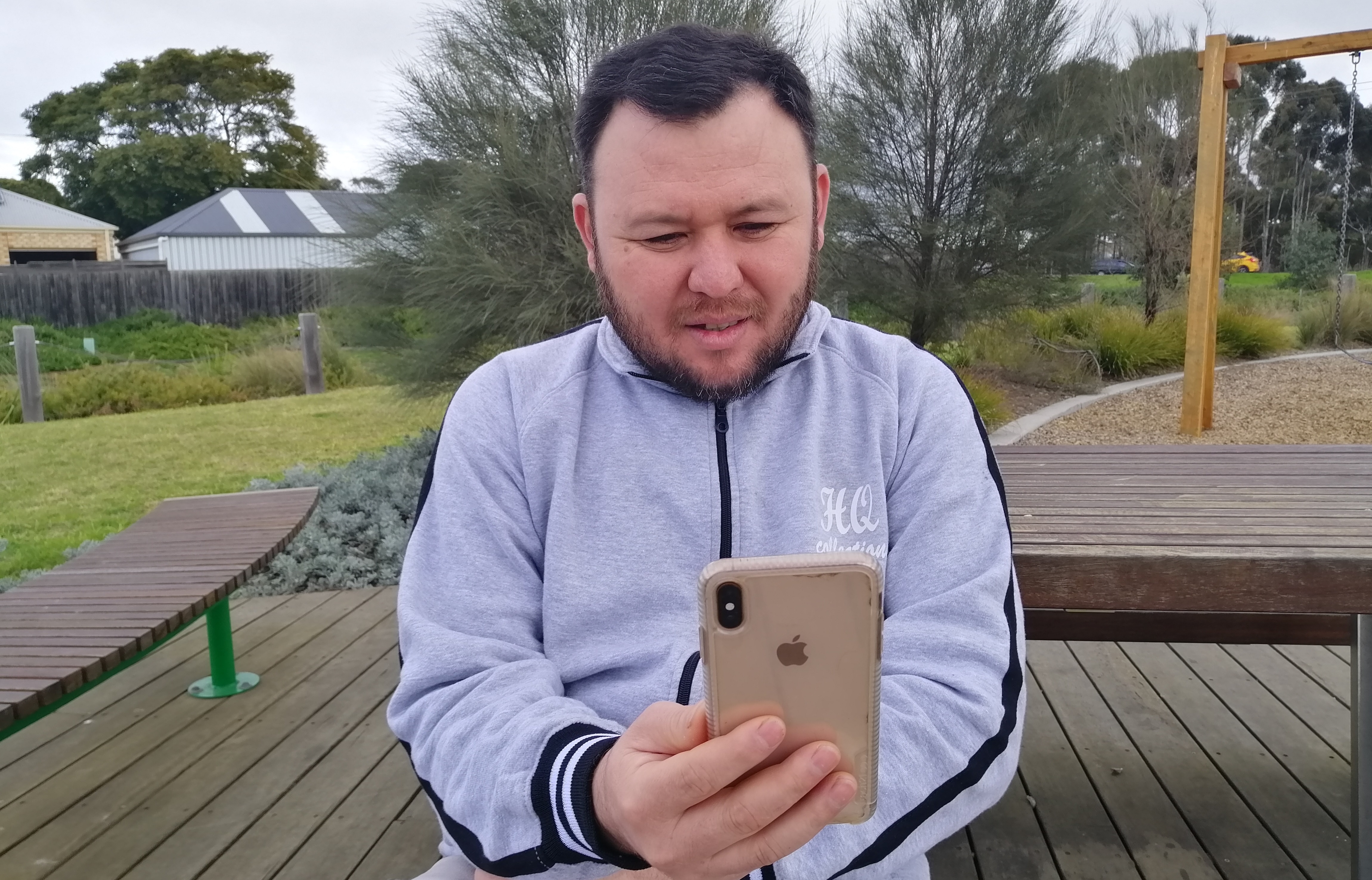 Mr Ayoubi, 37, arrived in Australia in 2013 after fleeing persecution in Afghanistan.

He spent more than four years on a bridging visa before being granted a Safe Haven Enterprise Visa (SHEV) in 2017, which meant he was able to travel to Pakistan to marry his wife and witness the birth of his daughter in 2019.

Despite living in Australia, his temporary visa status means he's unable to travel outside of Australia unless he receives government permission, and he's also not allowed to bring his family over from Afghanistan.

His separation is a situation endured by thousands of Afghan Safe Haven and Temporary Protection visa (TPV) holders currently living in Australia, who have been working to secure permanent residency, so they are able to see their families abroad. 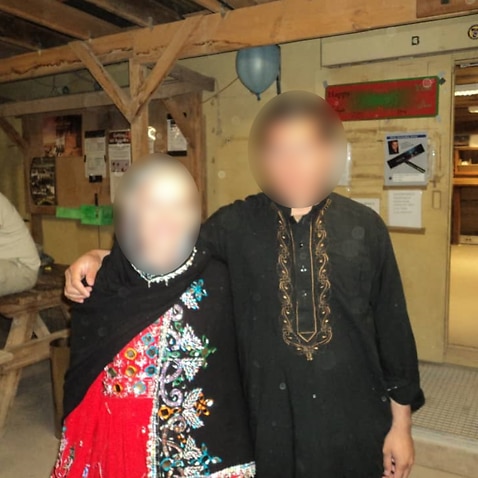 Baqir Hussaini also arrived in Australia in 2013 seeking a “safer life”, but instead he says he’s spent nine years “in limbo”.

His family also fled to Kabul before the Taliban’s takeover.

“I have contact with my family. They’re very worried and anxious about what the situation will be like,” he says.

“It’s been nine years in limbo in Australia, our families are also stuck in limbo and live in fear and are trembling.”

Mr Ayoubi has held hopes to travel to a country neighbouring Afghanistan to see his family since 2020 but he says the coronavirus restrictions have “crippled” his chances.

Although Immigration Minister Alex Hawke reassured Afghan visa holders on Tuesday that they will not be sent back to the "dire" situation in their homeland, he fell short on offering a new pathway to permanent residency.

We will only be resettling people through our official humanitarian program, going through official channels.

“We will not be offering a pathway to permanent residency or citizenship, we will not be allowing people to enter Australia illegally, even at this time. Our policy has not changed,” he added.

A spokesperson for the Department of Home Affairs tells SBS Dari that Australia “remains committed to its international obligations”, and that “TPV and SHEV holders can apply for another TPV or SHEV if they wish to remain in Australia”.

“SHEV holders that meet the SHEV pathway may also be eligible to apply for certain visas in Australia, including permanent visas.

“Australia does not return individuals to situations where they face persecution or a real risk of torture, cruel, inhuman or degrading treatment or punishment, arbitrary deprivation of life or the application of the death penalty.”

SBS News: This Afghan guard has been approved to come to Australia but has little chance of leaving

Both, Mr Ayoubi and Mr Hussaini say they fear for the safety of their families and are pleading with the Australian government to “at least help rescue them”.

“My basic request from the Australian government is to at least, in any possible way, save our families from this plight,” Mr Ayoubi says.

“Our families are in danger, especially because we belong to the ethnic and religious Hazara and Shia minority. Unfortunately, it’s been proven in the past that our people are more likely to face oppression and cruelty.” There are a number of Afghan asylum seekers whose applications for protection have been rejected by the Australian government and are currently being held in immigration detention.

SBS Dari is aware of Hazara asylum seekers who have been held in detention across the country for at least six years.

One detainee, who did not wish to be identified, says he was granted refugee status three years ago but is yet to receive a visa. 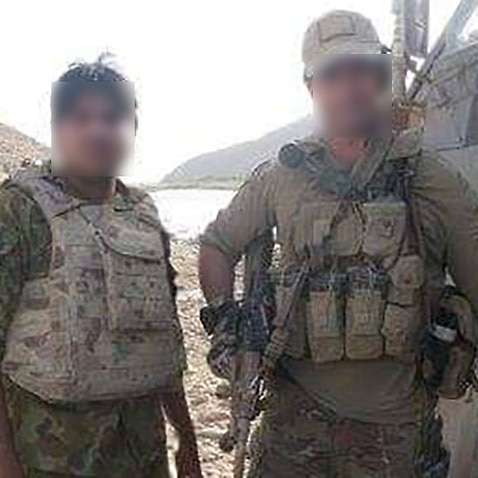 The Home Affairs department did not directly address SBS Dari’s question about the fate of those in detention, but the spokesperson said, “People who arrive in Australia illegally and seek Australia’s protection can apply for a TPV or a SHEV”.

“Australia assesses each protection case on its merits and decisions are not based on broad assumptions about the safety in particular countries,” the spokesperson added.

“Updated country of origin information on the situation in Afghanistan, from a range of open-source material, is available to all protection visa decision-makers to help inform their decisions.”

However, the program will remain capped at 13,750 places for the current financial year.

“Australia’s offshore Humanitarian Program is designed primarily to assist people who have left their home country because of persecution or severe human rights abuses, and who have no options for a safe return or for resettlement in another country,” the Home Affairs spokesperson says.

The government has granted 8500 humanitarian visas to Afghan nationals since 2013, including those who served alongside Australian forces during the war as locally engaged employees (LEEs).

“People who have not met the threshold for Afghan LEE certification but have a connection with Australia, or are extended family members of Afghan LEE settled in Australia, are being prioritised for consideration under the Humanitarian Program,” the spokesperson added.

Afghanistan citizens who meet the requirements for a humanitarian visa and wish to seek Australia’s assistance are strongly encouraged to make an application.

“Afghan citizens are a prominent caseload in the Offshore Humanitarian Program and have been in the top five countries of origin over the last five years and are expected to make up a significant proportion of the 2021-22 program.”