Tibetans in Australia say China’s labour camps in Tibet are designed to destroy their language, identity and culture. In a statement to SBS Radio, the Chinese embassy has denied the allegations and claimed workers in these camps sign labour contracts on “voluntary basis” and “obtain the corresponding remuneration”.

Since the beginning of 2020, China has transferred over 500,000 Tibetan farmers and herders into “military-style” vocational training camps, says a US think tank.

A report by the Jamestown Foundation claims that there are ‘significant’ similarities between the labour camps in Tibet and the system of “coercive vocational training and labour transfer” in Xinjiang.

The report claims that a militarised training process in these camps involves thought transformation, patriotic and legal education and Chinese language teaching.

“While some Tibetans may voluntarily participate in some or all aspects of the scheme, and while their incomes may indeed increase as a result, the systemic presence of clear indicators of coercion and indoctrination, coupled with a profound and potentially permanent change in modes of livelihood, is highly problematic,” says the report. 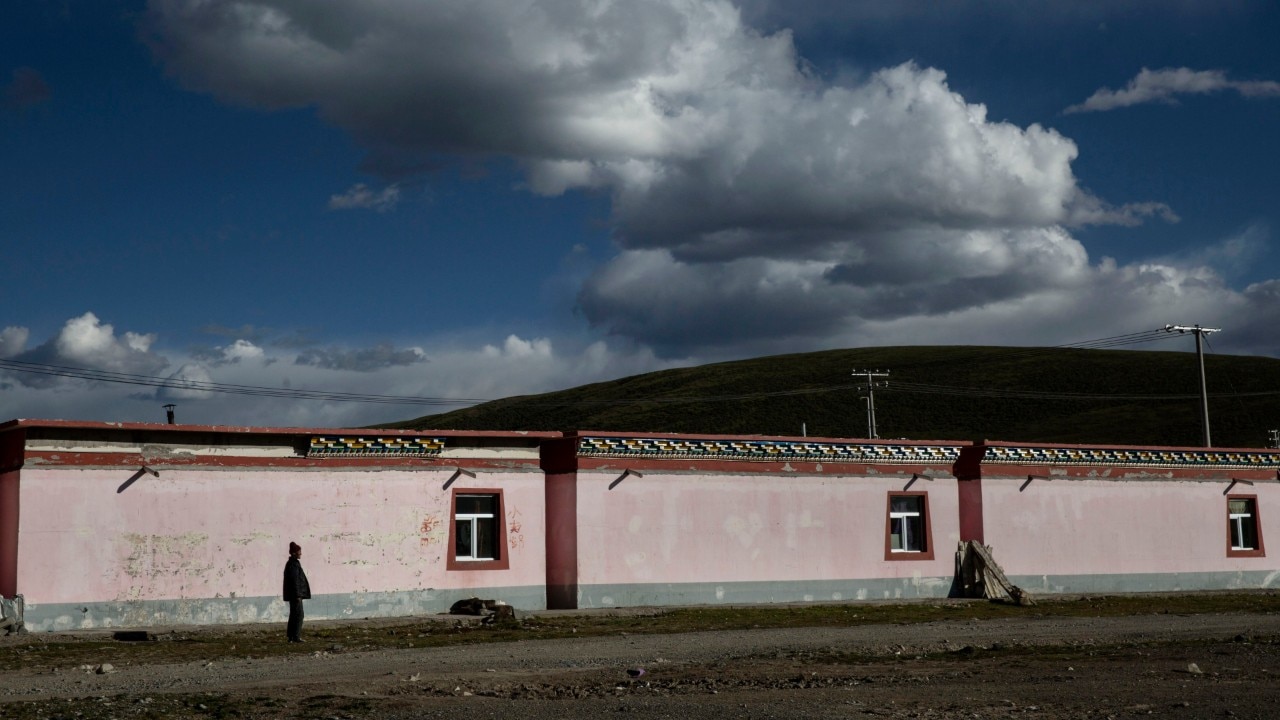 “The CPC and the Chinese government have always prioritized the protection of the citizens’ rights to work and employment. We have taken a resolute stance against forced labour and eradicated it in any form,” the embassy said in a statement given to SBS Tibetan.

However, there is no evidence that these camps in Tibet are internment camps. So, it could be “potentially less coercive” than the scheme in Xinjiang, writes Adrian Zenz, the author of the report and researcher on China’s ethnic policies.

While it may be quite a revelation for the rest of the world, the report doesn’t surprise Konchok Gyaltsen who grew up in a Tibetan nomadic family before escaping to India in 1992. He now lives in the Blue Mountains in Sydney’s West.

Having a lived experience of being a herder in Tibet and coming from a family that has for generations herded animals, he has closely followed the Chinese policies on the Tibetan nomads.

“The only difference is that now they (China) are using some different terms to describe these camps,” Mr Gyaltsen explains.

He says China started targeting Tibetan nomads in the early 2000s and forcefully resettled them into purpose-built concrete houses by sourcing labour and tools from China.

“This has been planned many, many years ago and it is now being implemented without fail. It is strategic, didn’t just happen overnight,” he says.

'A systemic destruction of Tibetan culture'

Lhakpa Tshoko is a representative of Canberra-based Tibet Information Office that assists Tibetans in Australia to preserve their language and culture.

He says it is well known that indoctrination of Chinese communist ideology through forced re-education is prevalent in Tibetan monasteries and schools, but expanding it to farmers and nomads on a large scale is deeply concerning.

“This is a systematic destruction of Tibetan identity, culture and way of life,” he says. However, Mr Tshoko accuses China of running indoctrination camps where Tibetans are subjected to “coercion” and “brainwash”.

“If the Chinese government genuinely wants to help Tibetans, then educate them on how to maintain traditional Tibetan livelihoods and values,” he says.

Mr Gyaltsen says, being a nomad himself, it has never occurred to him that he was in poverty but felt a spiritual connection with his ancestral land and domestic animals.

“We call our animals ‘Nor’ (wealth) in Tibetan. So, our animals are our wealth,” he says.

The report states that China has “encouraged” Tibetans to give up their animals and pastoral land to state-owned Chinese corporates.

Mr Gyaltsen says it is China’s way of eliminating the Tibetan traditional way of life under the facade of urbanisation.

Twenty years after leaving Tibet, when he returned to his homeland for the first time in 2013, he says he was guttered to witness the “drastic changes” in nomadic tradition and way of life.  He says his family-owned at least 40 Yaks before he left Tibet but had none when he returned. He says he could find only a couple of yaks in the entire neighbourhood. The most logical explanation for China's alleged actions, he says, is implementing "control measures" against farmers and herders.

“As nomads, we don’t stay put at once place, we move around based on seasonal requirements, and this becomes extremely challenging for CCP to track and control our activities,” he says.

The Chinese embassy says the allegations of forced labour are baseless and that the vocational training camps are operating according to China's law.

"According to China's Labor Law, Labor Contract Law and other laws and relevant administrative regulations, Chinese citizens sign labor contracts with employers on a voluntary basis in the principle of equality and mutual consent and obtain corresponding remuneration," the Chinese embassy said in a statement.

"The so-called  "forced labor" is totally baseless. We hope that the international community will see through those people who cook stories and not to be deceived by lies, especially by those who spread rumors and slander China for ulterior political purposes."

Mr Tshoko from the Tibet Information Office is concerned that this can affect the Australian-Tibetan community as a large number of them are former political prisoners who are survivors of Chinese "torture and trauma" and many have family members in Tibet.

“They have the first-hand experience of the brutality their close family and friends may be subjected to back home, and this causes deep distress among our community,” says Mr Tshoko.

He is urging the Australian government and international community to press China to come clean on what’s going on inside the labour camps, given that foreign media is banned in Tibet.

In response to the revealing report, 63 legislators from 16 nations, including Australia, the US, and Europe have jointly condemned and urged China to stop its practices that violate human rights.