Alexander Khimushin is bringing the rarely seen peoples of Russia's Far East to the world, and doing his best to help preserve their quickly disappearing cultures.

There are over 40 indigenous ethnic minority groups in Eastern Siberia and the Far East of Russia. They are mostly unkown to the outside world, but also to the Russian people.

Photographer Alexander Khimushin has made it his mission to make these people known to the world, and preserve what he can of their distinct and unique cultures as part of his project 'The World in Faces'.

“My life is my travels, or better, wanderings, since I spend most of the time on the road,” Khimushin tells SBS Russian. "It took years of travel to realise that not the new places but the people left the biggest impressions and shaped me as a person.” 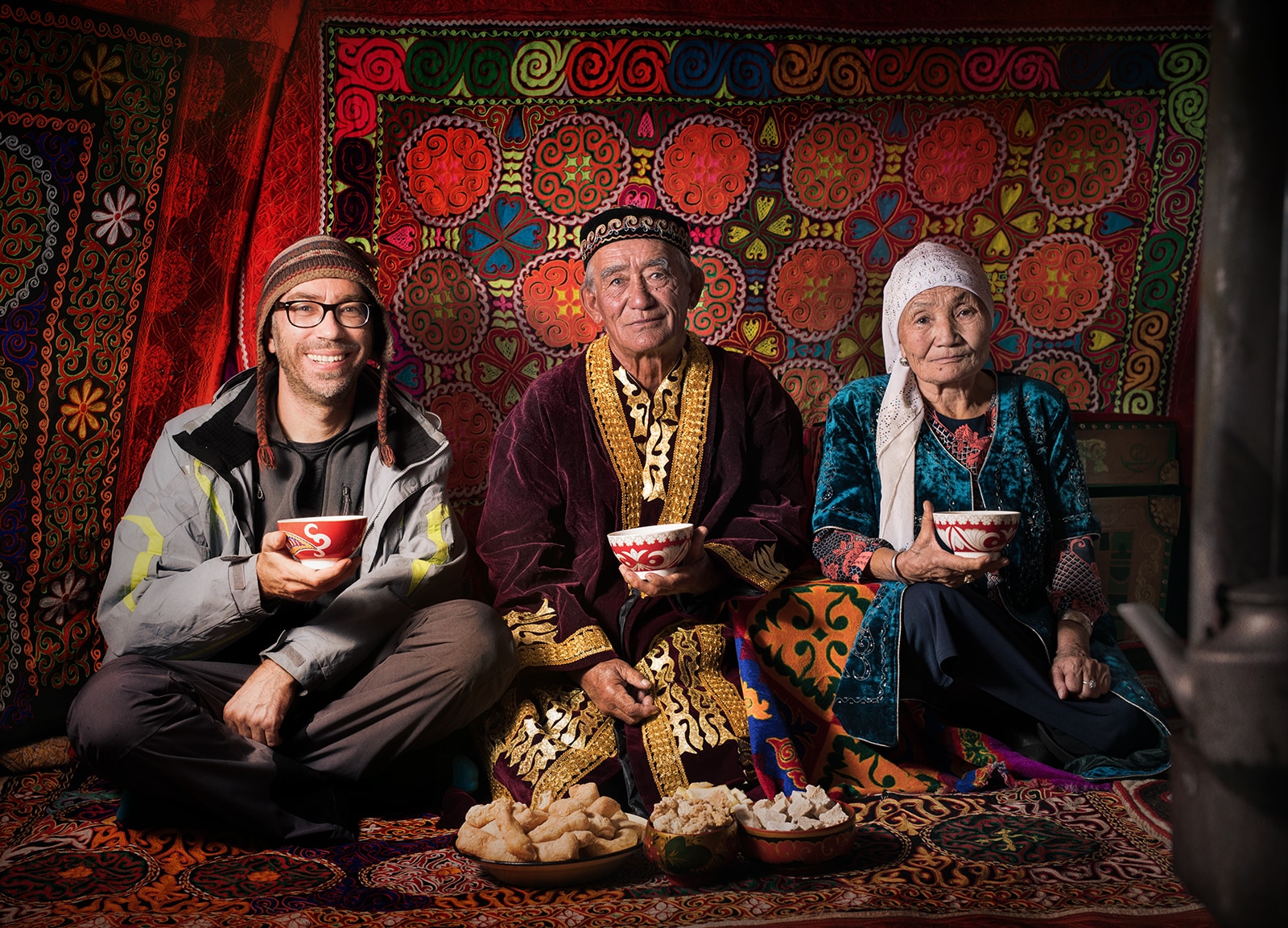 From freezing cold to rainforest

Khimushin was born and brought up in Yakutia, a diamond-rich Russian region known as one of the most isolated places in Siberia and coldest parts of the world with winter minimum temperatures of –60 degrees celsius.

Following a childhood dream, he moved from snowy Yakutia 17 years ago to the wet tropical jungle of North Queensland, Australia. This change opened his eyes to the world around him and he started a journey that would never end. "The world is becoming less diverse"

Photos from 'The World in Faces' have reached and inspired wide audiences. Khimushin’s portraits were published by world-leading media and his multiple photographs of the people of Siberia in 2017 became an internet sensation.

“My global goal is to capture every culture,” the photographer says. "Of course, this is impossible, as there are up to 10,000 different ethnicities on the planet, and it takes a lot of time to get to the most remote corners where authenticity, culture and traditional lifestyle are still alive.

"Over the past 50 to 70 years, there has been a tremendous shift towards globalisation. The world is becoming less diverse - we all use iPhones, drink coffee at Starbucks – be it in Moscow, New York or Bangkok. As a result many ethnic minority groups are going towards total extinction. I think it is very important not to let them disappear without a trace.” “I lived in Russia and did not know the Russians”

Khimushin regrets that while he lived in Russia he didn't explore his own country.

“Russia is a very big country, there are 42 ethnic minority groups only in the far east of Siberia, not to mention the Caucasus with 100 different languages in the Dagestan region alone. I had to move to another part of the world and visit many countries just to realise how interesting my own region and its people are.” In 2015, Khimushin began the Russian part of his world journey as he drove from Moscow to Russia's Far East. During the first year he spent about 10 months on the road, visiting the most remote places of Siberia. He covered over 60,000 km and managed to capture many of the indigenous groups in these regions, unseen by the people of Russia let alone the outside world.

“I was amazed to learn how many different cultural groups live in Russia," Khumushin says. "For example, the 8 groups of Tungus-Manchu people live along the Amur River. It seems absurd that these people do not even know of each other's existence.

"In the Arctic, I met the Dolgans and the Nganasans, whose national costumes resemble space suits. They joke that their ancestors came from space and that the real space suit was copied from their costume.” The photographer has seen many ethnicities whose ancient traditions are remembered only by a few elders.

He tells the story of a Uiltan woman who was the last person left who can speak Uilta's native language. He accompanied her to the UN headquarters in New York City, where for the first time in history 12 elders and spiritual leaders of Indigenous people gathered together, including representatives from Australia.

The United Nations General Assembly has declared 2019 as the International Year of Indigenous Languages to raise awareness of the crucial role languages play in people’s daily lives. Khimushin hopes that this will create more opportunities for the promotion of disappearing languages and cultures. No reindeer? No language, no culture

Khimushin says that any culture is often based on a people's traditional activities. For example, for the Nganasan people it had always been reindeer herding, and while they herded raindeer their language and their culture passed from generation to generation.

"When reindeer herding was no longer essential for survival it started to die out," Khimushin says. "And this has greatly affected the culture. Even the traditional costumes are almost gone, because, according to their customs, a deceased person has to be dressed in traditional clothes and left in the tundra forever. New costumes are not created because there is no deer skin, and the last of craftswomen are passing away.” Khimushin hopes there is a way to counter such cultural decline.

"One obvious solution is to create opportunities for tourism, because foreigners want to visit these places," he says. "But the problem is that these regions are very remote and there is no infrastructure for tourism. And often these are border regions where security requirements are much higher and people need special permission to visit them.”

At any international photo festival, according to Alexander, the indigenous peoples from Siberia always become a sensation, because no one can even imagine that such exotic people in their unusual costumes exist in Russia. “I have been to places in Russia where there were literally 10 to 15 people left who still preserve their culture," Khimishin says. "This is very sad. And I understand that they are impossible to revive, but, at least, we can save the memory of these cultures. I have pictures of the elders who since then have passed away, however, they will forever remain in my photographs, reminding the world of their remarkable cultures."