Tired of the pollution in Australia's big cities? The world's cleanest air is just across the Bass Strait.

It's in North-Western Tasmania on the Cape Grim Peninsula where you can find the cleanest air on the planet, according to a measuring station on the cape.

Since 1976 the Cape Grim Baseline Air Pollution Station has been measuring air quality to, as its name suggests, determine a baseline for the pollution of the Earth's atmosphere.

"Our job is essentially to find air as clean as you're likely to find anywhere in the world and measure just how polluted it is," station officer Sam Cleland told AFP. 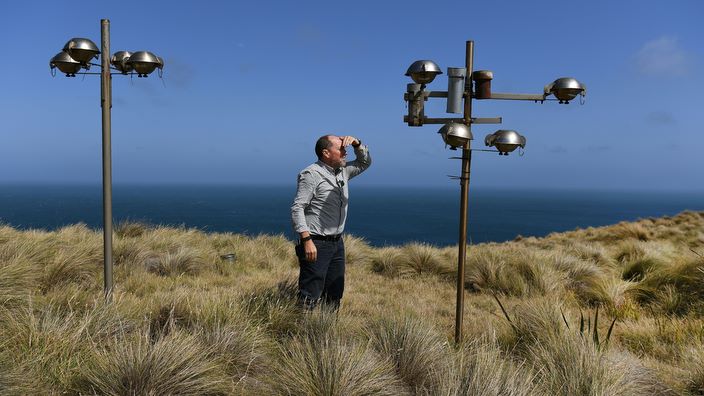 The station's secluded location makes it perfect for that role. The nearest village is about an hour away. Cleland and his team make sure that the movements of the delivery trucks are monitored so it doesn't affect their data.

Farming and tourism industries have been promoting the quality of the air in the region to attract customers and travellers, while other cottage industries of selling canned fresh air to polluted markets have emerged in Tasmania and Australia overall.

But like everywhere else, pollution is on the rise, especially when winds blow from the likes of Melbourne and Sydney. The station can detect the chemical signature of specific factories in the air and measure ozone-depleting gases from as far away as China.

When the station started testing the air in 1976, the CO2 level was at 333 parts per million, while today it reaches 405.