A Turkish Australian businessman who thought his initiative of giving $100 food vouchers to 100 international students from his community was a "drop in the bucket", has led to a torrent of compassion and support from the Australian Turkish community for students doing it tough due to the coronavirus pandemic.

With the COVID-19 pandemic sweeping nearly all before it, the federal government has pushed through billions of dollars’ worth of stimulus to prop up both people’s thinning wallets and haemorrhaging economy.

However, one group that has been left out of the scope of these measures is over half a million international students. The pandemic has cost many international students their jobs, robbing them of the ability to pay their rent and uni fees, and in some cases, even to buy food. The plight of these students got the community groups to rally around them.

Initially, it was like a "drop in the bucket" when a Turkish businessman in Melbourne decided to hand out $100 food vouchers to 100 Turkish students.

Ali Fuat Kahveci, a fresh food market owner, said he decided to help after he began receiving job applications from desperate students. In a matter of days, he had 150 applications from Turkish students looking for work.

“Students were grateful,” said Mr Kahveci, with many telling him that he had given them hope. Though it wasn’t much, he says but for many students who had no idea how they were going to make it, it meant, someone cared for them.

Ugur Caliskan, who is studying project administration, said soon after the passing of the new social distancing rules, he lost his hospitality job. He said he heard of Mr Kahveci’s vouchers and said he truly appreciated the gesture.

“However, we are more than just 100 or 150 students,” Mr Caliskan said, calling for other Turkish entrepreneurs to join in the efforts to help the students in need.

From a drop in the bucket to a torrent

Even before this call, Mr Kahveci’s initiative began to resonate across the Turkish community in Melbourne and Sydney.

Muhammet Eris told SBS Turkish that he would also be distributing $10,000 worth of food vouchers and had started to reach out to students who had contacted his business, through e-mail. 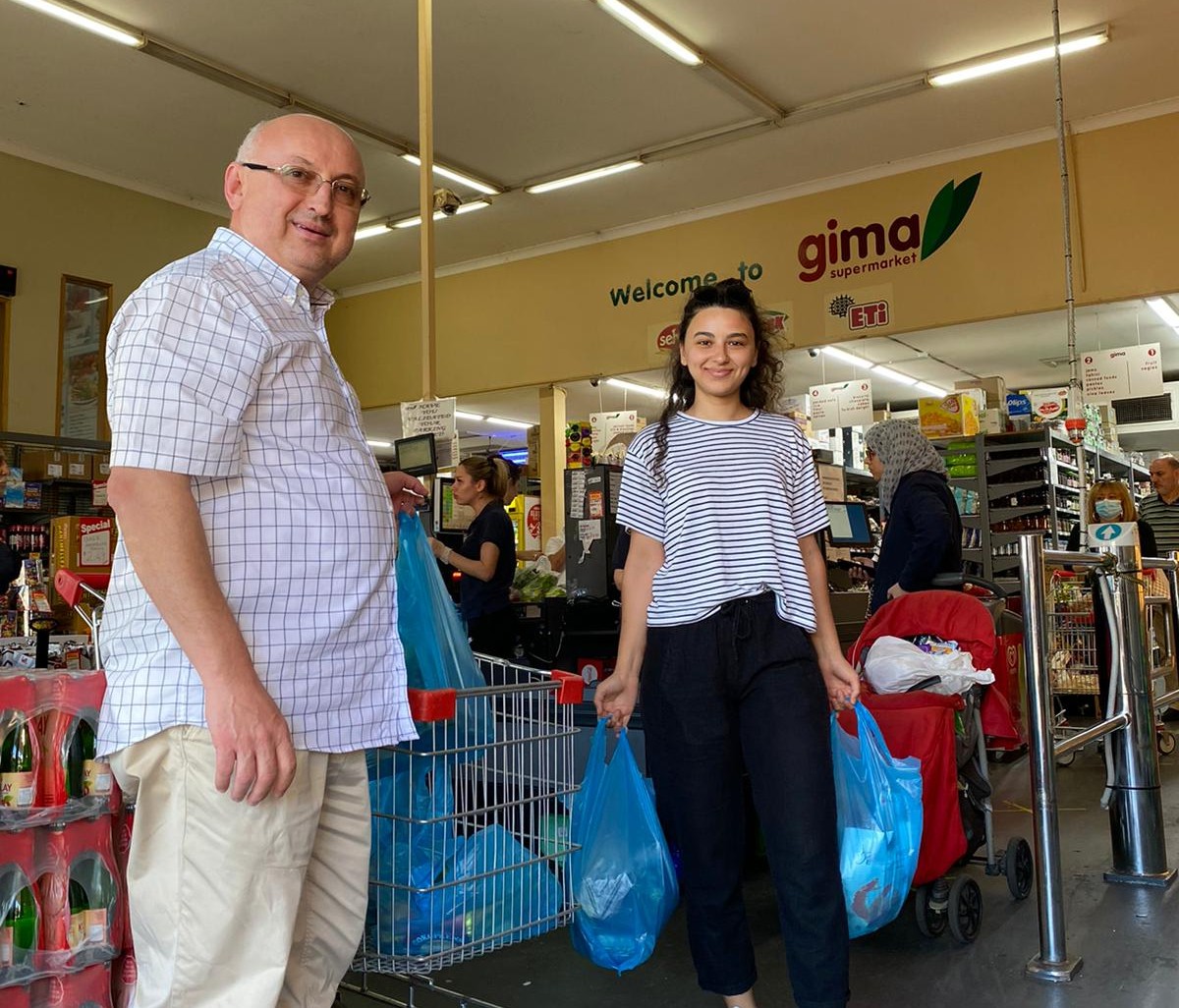 Another Sydney-based businessman Orhan Cingillioglu said he would be joining hands with Mr Eris to give the students another $10,000 worth of vouchers.

Inspired by these individual efforts, the Australian Turkish Business Council announced that all member supermarkets would also be joining the campaign to help the students.

Some Turkish businesses that employ international students say they are aware, all are in need of help. Nearly 50 Turkish students work as casual staff at Melbourne-based Fresh Food Market, the business owner says he has started to give all of them full-time hours during this "devastating" period. There are also some Turkish Australian landlords who are providing accommodation free-of-charge. One businessman who did not want to be identified has allowed international students in dire straits to move into his three houses. One of these students told SBS Turkish that the support the Australian Turkish community was providing them was invaluable.

Sozbir, an international student, said the generosity of the Australian Turkish community was truly something to behold and inspired her to do the same in the future.

“If I am able to set up my own business, here or back in Turkey, I’ll definitely help out those less fortunate.”

“We’re also disappointed that the government has effectively abandoned international students who may face being stranded here with no money and no income," she said.

"We’re happy to take their money in the good times, to the point where it made up over 26 per cent of university income in 2018. But we say ‘sorry, you’re on your own’ in the bad times? This is shameful behaviour," Dr Barnes added.

Ugur Caliskan says he is lucky to have received a $100 voucher, adding that all international students in Australia were in a difficult position and that financial distress was just one of the problems they faced.

“In addition to money problems, we also are living through emotional pressure. We have not only lost our jobs but we are also away from our homes and families. While trying to keep healthy at the time of the pandemic, we also have to convince our worried families that we are all OK.”