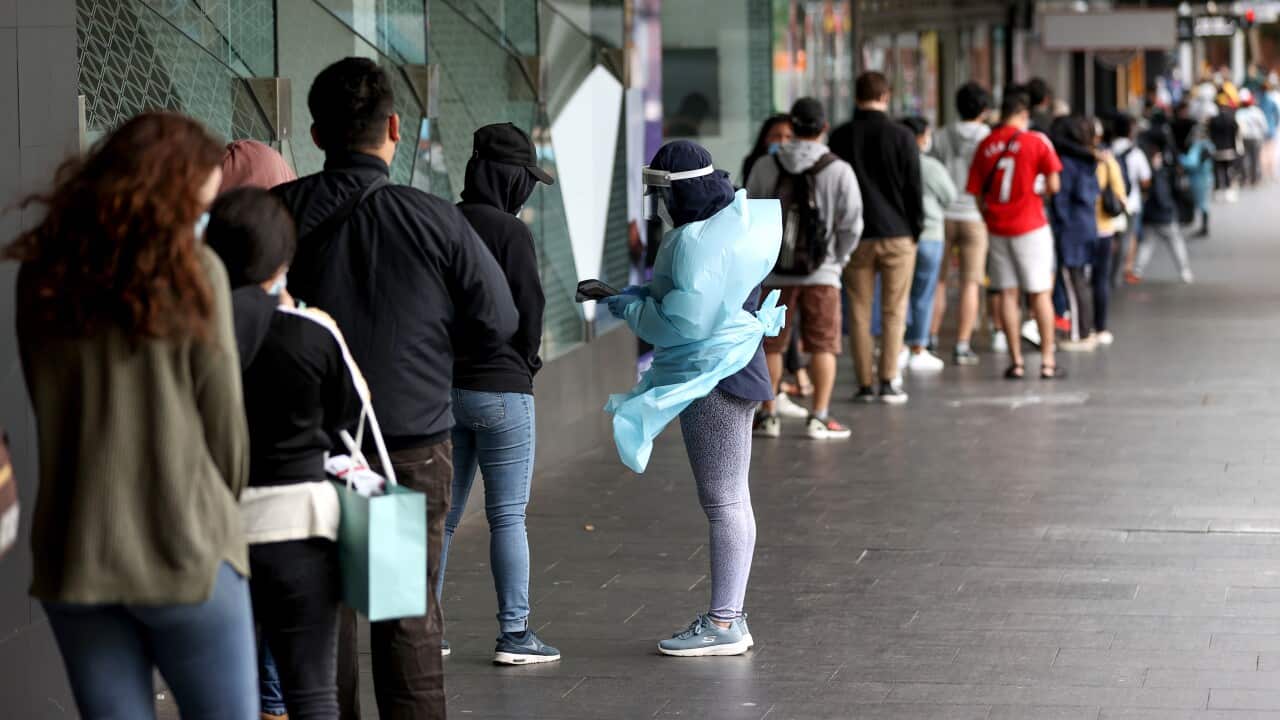 Published 31 December 2021 at 8:56pm
By Brooke Young
Source: SBS
A Sydney pathology lab has issued an apology after hundreds of people were mistakenly given negative COVID-19 results.  486 new positive COVID cases have been identified out of the 950 that were falsely given the all-clear by St Vincent's pathology department SydPath.  The department says they are 'sincerely sorry,' noting the incident was due to a data processing error.  Thousands of people across New South Wales are queuing for hours to be swabbed, with some clinics turning people away shortly after opening in the morning.  The state's Health Minister Brad Hazzard says 'tourism testing' is partially to blame, and has appealed to Queensland Premier Anastasia Palasczcuk to change its border entry testing requirements. The problem does appear to be on the  NSW side of the border,  as the number of tests processed in New South Wales has dropped again, down to around 93,500, compared to the 164,000 processed the week before..