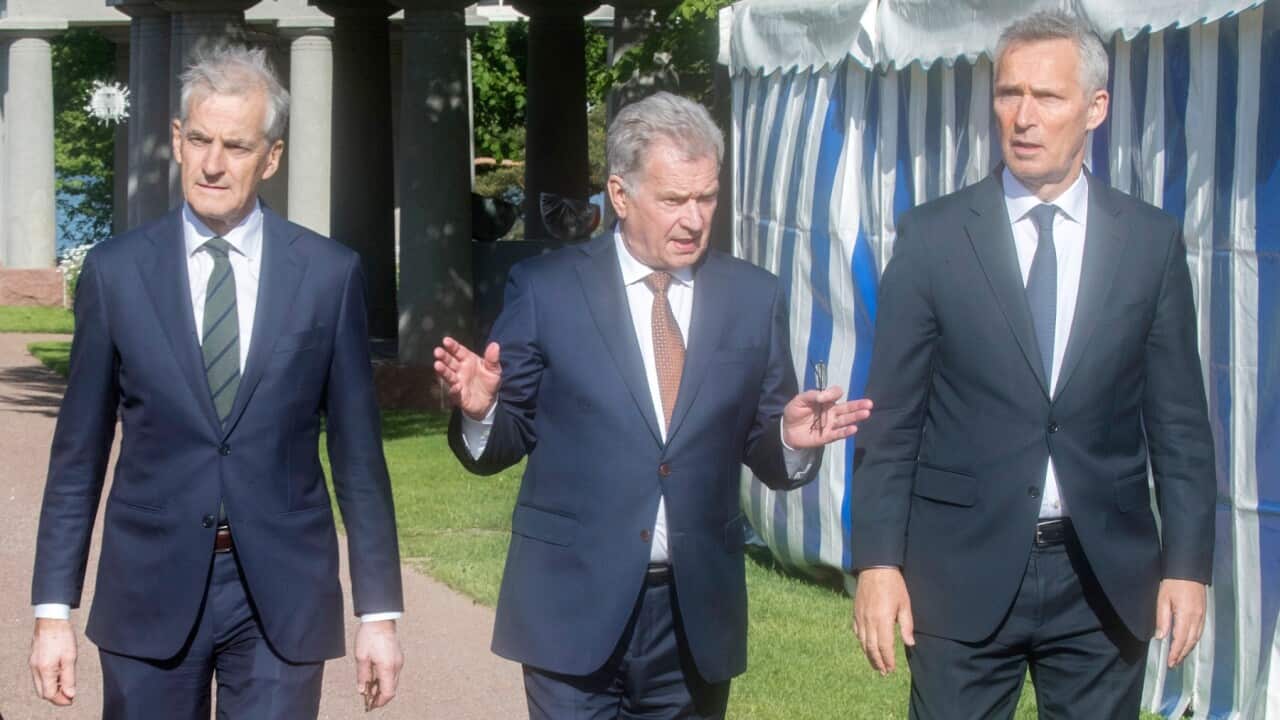 Finnish politics, the economy and other current affairs

Published 20 June 2022 at 4:09pm
By Timo Uotila
Source: SBS
It seems that Turkey wants to punish Sweden and Finland for not supporting Turkey's EU membership application. The NATO Secretary-General, Jens Stoltenberg, is certain  that Finland will get NATO membership even if the point in time is  unclear.

The Baltic has seen a major military exercise with dozens of warships taking part. The Finnish forces trained landing on the Swedish coast. All in all, around 7,000 troops, mores than 45 ships and 75 aircraft from Finland, Sweden and 14 NATO countries took part in the exercise.

The EU has imposed a sixth parcel of restrictions against Russia, among them  five Russian media organisations have been blocked in the EU and in Finland.

Advertisement
There is an ongoing discussion in Finland about the internal autonomy of Åland and its demilitarisation and how this will affect Swedish and Finnish NATO membership.