Attorney-General Christian Porter says his religious beliefs have nothing to do with his ability to draft legislation to protect people from discrimination. 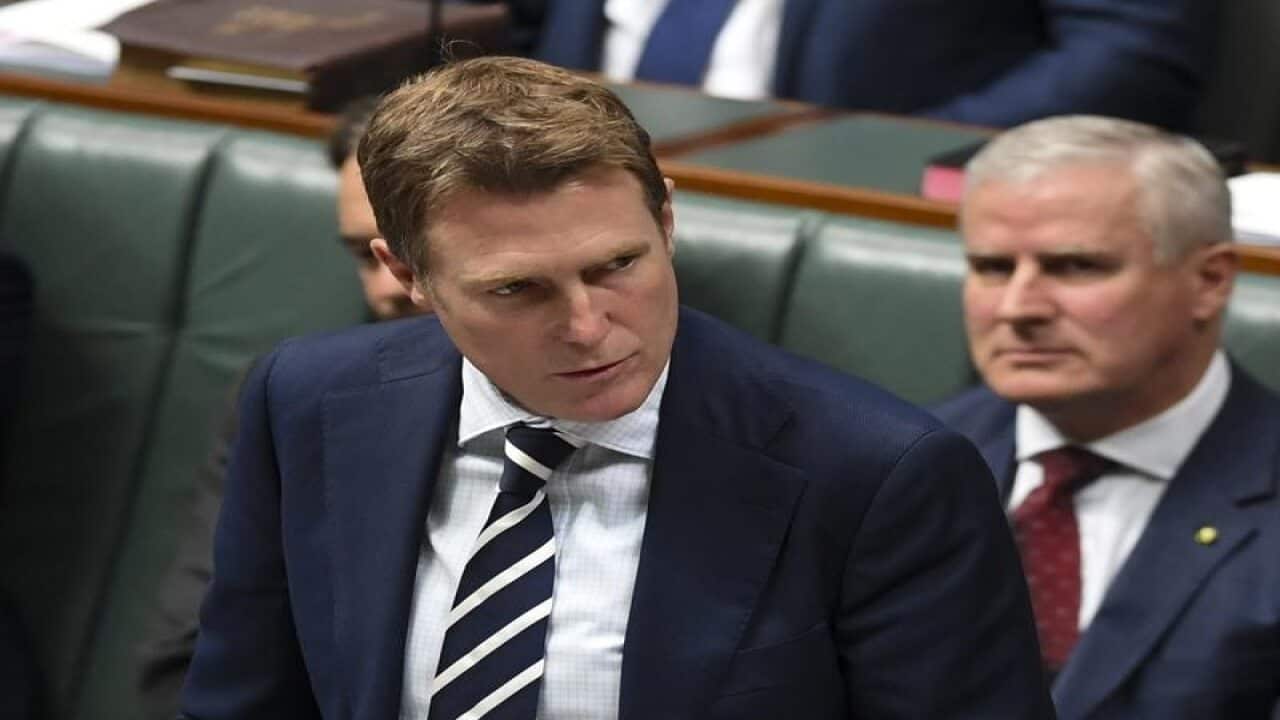 Federal Attorney-General Christian Porter has denied he's not religious enough to draft laws to protect people of faith from discrimination.

The Morrison government intends to make it unlawful to discriminate against people based on their religious beliefs, and Labor broadly backs the push.

But the legislation is causing tension within the coalition party room, with some conservative MPs threatening to vote against the bill if it doesn't go far enough.

Advertisement
Mr Porter has now dismissed a reported claim by one unnamed MP that he didn't believe in God and therefore didn't have a full understanding of the issue.

"I'm not particularly religious but that doesn't mean I don't believe in God, which probably makes me like a lot of Australians," Mr Porter told The West Australian on Wednesday.

"In any event, as a minister, my personal beliefs make no difference to the commitment to the task of drafting legislation."

He said he would consult widely with his colleagues and other stakeholders to ensure the bill achieved the "right" outcomes for Australia before it goes to parliament later in the year.

"That is my sole focus in developing this important legislation," Mr Porter said.

Feeding into the religious freedom debate is the sacking of ex-Wallaby Israel Folau, who was dumped by Rugby Australia for an online post that was deemed homophobic. It paraphrased a Bible passage, saying said "drunks, homosexuals, adulterers, liars, fornicators, thieves, atheists and idolaters" would go to hell unless they repented.

Prime Minister Scott Morrison addressed the issue when he opened the Hillsong Church conference in Sydney on Tuesday night.

Responding to a question from Hillsong founder and senior pastor Brian Houston, Mr Morrison said he was passionate about religious freedom.

"Of course we will do what we need to do from a legislative point of view," the prime minister said, according to Eternity News.

"But what all that boils down to is the culture in this country.

"It's not the laws that make freedom of religion work, it's the culture that accepts it.

"So I speak about my faith ... because I want everyone in this place to feel comfortable talking about faith in this country. It's not a political agenda, it's who we are."

Mr Porter last week held a workshop for coalition MPs about the bill, with more sessions to follow to explain the legislation to backbenchers.

The draft laws are likely to come under scrutiny from a parliamentary committee, making it unlikely religious freedom protections will pass parliament until at least late this year.