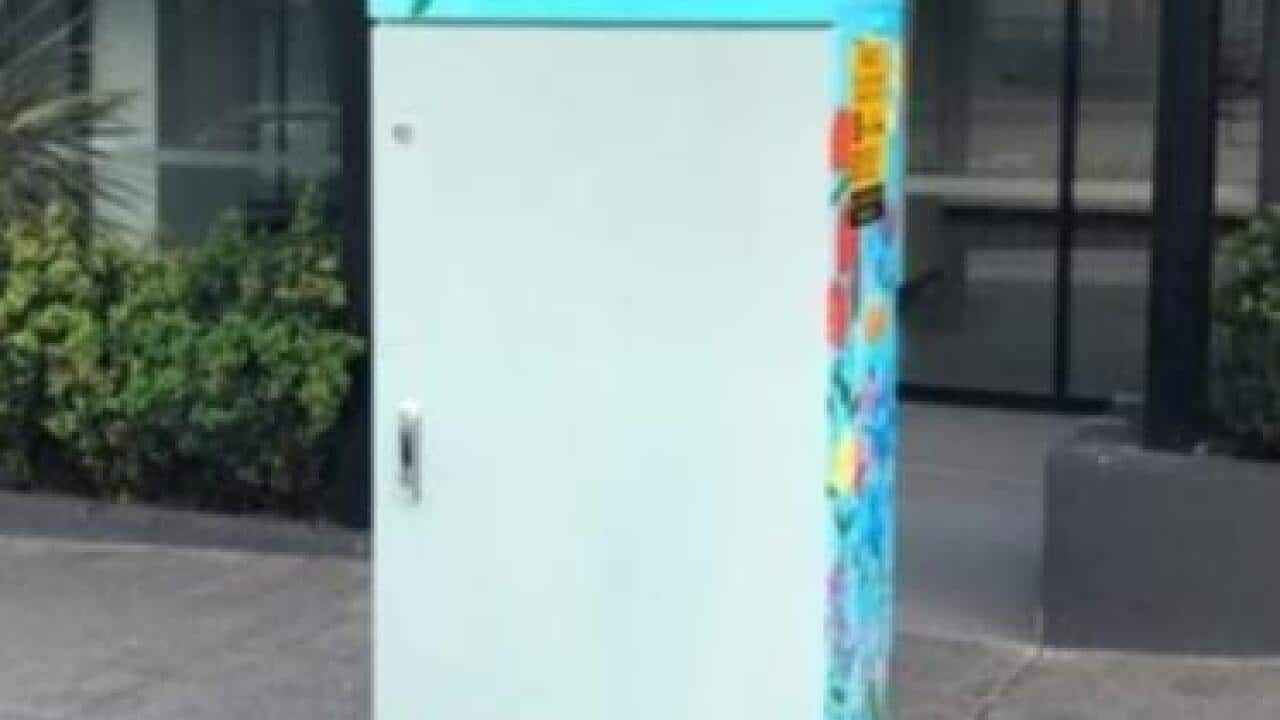 Brisbane City Council has whited out ‘Artforce project operated traffic signal box’ mural depicting ‘Statue of Peace’, a symbol of the victims of sexual slavery known as comfort women by the Japanese imperial military during the World War II, in the very next morning of its completion by Korean Australian students of University of Queensland.

Published 5 September 2019 at 9:29am
By Yang J. Joo, Hyeri Robertson
Presented by Yang J. Joo
Source: SBS
The council has claimed that the mural, which was indeed drawn over the painting of ‘Rising Sun Flag’, is offensive to the Japanese community.

The removed mural of ‘Statue of Peace’ was initiated about four months agon when Jangouk Heo, a Korean Australian student of UQ found Japanese Imperial Flag drawn on the traffic box near his UQ campus.

He was outraged due to its cultural insensitivity.

Advertisement
With his friends, he started a four-months-journey to replace it with something that can show the respect for war victims and hope for peace.

They contacted Urban Smart Project and explained the current design "inflicts many terrible war crimes to our countries of origin" and this flag is "on par with the Nazi Hakenkreuz".

They proposed a new design that centres the Statue of Peace, which "will honour all pain and suffering endured by the many women (who were kidnapped and used as sex slaves)... and the butterflies and the birds will represent peace and hope in the future, there exists peace and mutual understanding between Asian countries". USP approved the idea.

On 24 Aug Sat, the students, the team of Australian and international students, started painting at 8am. It was 5.30 pm by the time they finished the job. And 15 minutes later, someone from Brisbane City Council came. He said complaints were lodged for “offensive graffiti for Japanese people”. Toowong has a small Japanese community with Sci-Fleet Toyota and other Japanese business. They showed the permission from USP, and the Council officer left saying he saw no problem.

However, on Monday, the students could not believe by the Council’s unusual speed of action. The painting was completely covered in grey. USP emailed them that day in the effect that “there have been unexpected complaints” and they “did not understand the political significance of the design at the design approval stage”. USP also said because they need to arrange an alternative design “very soon” so they gave the students short time to contact them if they were interested in amending the design.

Frustrated, the students shared this story on their social network, and it has been shared 207 times in four days. However, the students expected this objection as they have witnessed the similar all over the world, including Sydney, where the actual Statue of Peace is set. Few far right Japanese group sued the statue for being racist, which failed to convince the court. Students are simply surprised by how easily USP changed their decision and how quickly the Council action was made, compared to the five years that offensive Rising Sun flag was present.

From pre-poll to postal votes: Everything you need to know about voting at the 2022 federal election