Responding to a request from Indian health authorities, the Queensland government has agreed to supply an antibody which will help fighting the deadly Nipah virus outbreak. 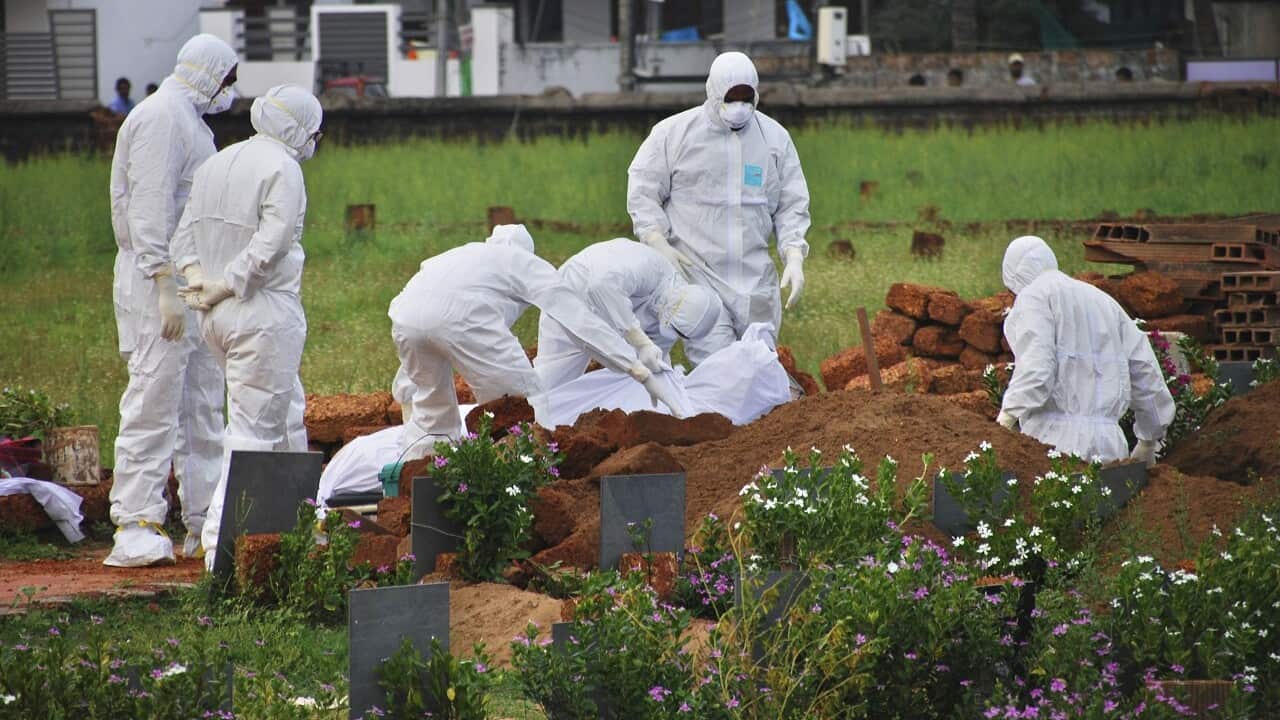 More than 10 people have died of Nipah since an outbreak began earlier this month in Kerala, health officials say. (AP Photo/K.Shijith) Source: AP

“Agreements are underway to transfer the antibody early next week,” a Queensland Health spokesman said in a statement to SBS Malayalam.

The Indian Council for Medical Research (ICMR) had earlier reached out to the Queensland government requesting the monoclonal antibody to test whether it can neutralise the Nipah virus in humans.

The brain-damaging virus outbreak has already killed 12 people in the south Indian state of Kerala.  There are reports of viral infection from Himachal Pradesh in the north too.

Advertisement
Even for common fever, people are brought to the Medical College hospital fearing the Nipah Virus fever. Source: AAP

“We are in discussions with health authorities in India to provide a monoclonal antibody manufactured in Queensland and undergoing clinical trial,” the spokesman said.

Queensland Health has clarified that this was the same antibody used to provide post-exposure prophylaxis (treatment to prevent disease)  to individuals exposed to Hendra virus in Australia under a “compassionate use protocol”.

Hendra virus was discovered in racing horses in the Brisbane suburb of Hendra in 1994. Four people died in the state after contracting this disease.

Queensland Health has expressed deep concern over the Nipah virus outbreak in Kerala and hoped “the antibody can be used to assist in controlling the serious illness.”

Himachal Pradesh is reported to have become the latest region to report evidence of the virus after over a dozen dead bats were discovered at a local school.

The Nipah virus can cause fatal illness in people as well as animals.

Among the victims of the virus was a 31-year-old nurse named Lini, who died of an infection while taking care of Nipah affected patients. Kerala's Chief Minister Pinarayi Vijayan says her husband will be given a government job and money deposited into each of her two children's accounts.

Media reports described a letter addressed to her husband:  "I think I am almost on my way; I don't think I'll be able to meet you. Please look after our children. Take them with you to the Gulf; don't be all alone like our father, please."

Three other nurses are among those who have contracted the virus.
Source: Flickr

Origins of the virus

The Nipah virus is
believed
to have been first detected after an outbreak of disease in pigs and humans in Malaysia in early 1998 and Singapore in 1999. 105 people died with 256 others affected; over one million pigs were also culled.

Since then, according to Queensland health authorities there have been regular reports of cases in humans in Bangladesh and India, some of these outbreaks appear to involve direct bat-human transmission.

Evidence of infection with Nipah or a related virus has also been found in bats from Indonesia to Africa.

The fatality rate is estimated to be between 33 and 100 percent.  Symptoms include fever, muscle pain, vomiting, pneumonia and encephalitis.

There is currently no effective treatment for the Nipah virus infection.